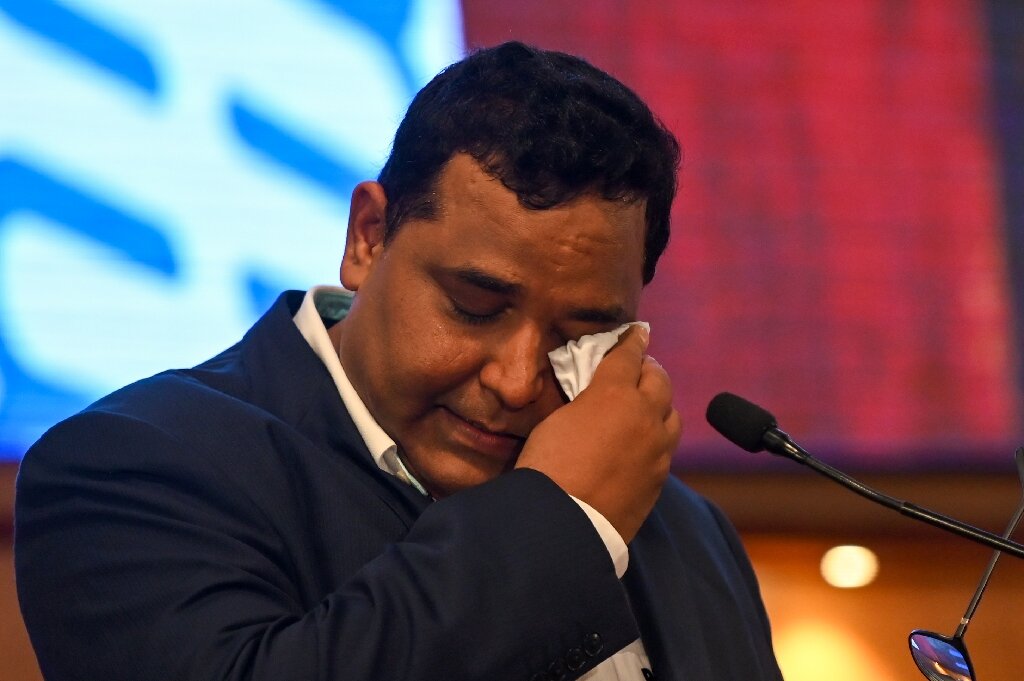 Indian mobile payments giant Paytm lost a quarter of its value on its market debut Thursday, after raising $2.5 billion in the country’s biggest-ever IPO, as traders questioned whether the loss-making firm would ever turn a profit.

Asia’s third-largest economy has been in a grip of an initial public offering frenzy, with start-ups attracting billions of dollars in investment in a bright spot in the Covid-battered economy.

But while Paytm has established a leading position in the fast-growing marketplace for mobile payments it has lost money in each of the past three years and its market debut showed the limits of investor appetite.

Founder Vijay Shekhar Sharma, once named as India’s youngest billionaire, wiped away tears from his eyes when the national anthem was played at the opening ceremony before trading began on the Bombay Stock Exchange.

Referring to the phrase “Bharat bhagya vidhata”—”the one who will define the fortune of this country”—he said Paytm has “actually done that”.

But the company’s shares tanked more than 25 percent from their IPO price of 2,150 rupees within minutes of the open, before recovering slightly.

“There is a lot of euphoria for the digital space and that seems to now be subsiding,” said SMC Global Securities analyst Saurabh Jain.

“These companies are coming out with IPOs at scorching valuations and it’s anybody’s guess what valuations are correct,” he told AFP.

“It is very difficult for a company like Paytm to turn profitable. They have the scalability but they are not able to make money through their business model.”

Following the debut, Paytm’s market capitalisation fell from an IPO valuation of $20 billion to under $14 billion when shares dropped as low as 1,586 rupees.

Rakesh Mehta, a 49-year-old Kolkata-based rice exporter, said he had bought 12 shares worth 25,800 rupees in Paytm, encouraged by Sharma’s bullishness about his firm.

“I was shocked to see the price when it opened. I didn’t get much of a chance to sell,” Mehta told AFP.

“I was planning to sell 50 percent for listing gains and hold the rest. Now I have no choice but to hold on. If it goes anywhere close to my purchase price, I will definitely sell. I wouldn’t want to risk holding it further.”

Sharma—a schoolteacher’s son who says he learned English by listening to rock music—retains a 14 percent stake in the business, worth $2.4 billion at the IPO price but approximately $420 million less by lunchtime.

Ant Financial sold 3.5 percent of its 28 percent stake in the IPO to meet regulatory requirements that no shareholder should own more than 25 percent of a listed company. Alibaba continues to own another six percent.

Paytm’s platform was launched in 2010 and quickly became synonymous with digital payments in a country traditionally dominated by cash transactions.

It has benefited from the government’s efforts to curb the use of cash—including the demonetisation of nearly all banknotes in circulation five years ago—and most recently, from the pandemic.

The platform had 337 million customers at the end of June, according to the company’s regulatory filing. In 2020-21 it handled transactions worth more than $54 billion.

Apart from Paytm, Indian companies have raised a record $10.5 billion through IPOs in 2021 so far, including beauty retailer Nykaa, which doubled on its debut last week.

Denial of responsibility! TechiLive.in is an automatic aggregator around the global media. All the content are available free on Internet. We have just arranged it in one platform for educational purpose only. In each content, the hyperlink to the primary source is specified. All trademarks belong to their rightful owners, all materials to their authors. If you are the owner of the content and do not want us to publish your materials on our website, please contact us by email – [email protected]. The content will be deleted within 24 hours.
biggesteverdebutgadget updateIndiasIPOmarketPaytmSlumps
Share