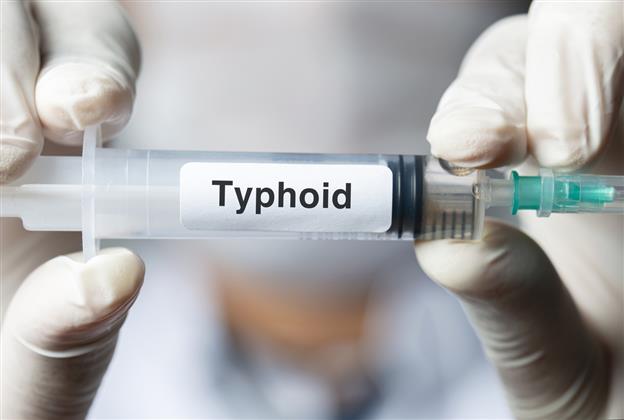 The researchers found that young adult patients account for close to one-third of the typhoid cases and children less than 10 years old account for more than a million cases annually.

The study, published in the BMJ Open journal, calls for including Indian’s own typhoid vaccine in its national immunisation programme.

“The key findings of the study include decline in cases from 9.9 million in 2013 to 7.9 in 2015 — largely in the north and west regions, but children less than 10 years account for more than a million cases annually, males and boys have the highest burden,” Dr. Shaffi Koya, Research Fellow at Boston University School of Public Health, US, told PTI.

“10 different antibiotics accounted for 73 per cent of all prescriptions. Combinations and cephalosporins were the most prescribed antibiotics. Cefixime–ofloxacin combination is the preferred choice except in south India,” Koya said.

The data came from prescriptions of a panel of 4,600 private sector primary care clinicians selected through a multistage stratified random sampling.

The data had 671 million prescriptions for antibiotics extracted from the IQVIA database for the years 2013, 2014 and 2015.

It shows a high rate of antibiotic prescription (714/100,000 population) for typhoid indicating a higher disease burden than previously estimated, especially among young adults and children, the authors said.

The team, including researchers from Public Health Foundation of India, New Delhi and Qatar University, noted that the lack of laboratory confirmation of typhoid may lead to some degree of misclassification.

However, this is reflective of the real-world setting, where laboratory confirmation is not the norm in India, they said.

Ten different antibiotics accounted for 72.4 per cent of all prescriptions. Cefixime–ofloxacin combination was the preferred drug of choice for typhoid across all regions except the south, they said.

Quinolones were prescribed as monotherapy in 23 per cent of cases, they said.

Denial of responsibility! TechiLive.in is an automatic aggregator around the global media. All the content are available free on Internet. We have just arranged it in one platform for educational purpose only. In each content, the hyperlink to the primary source is specified. All trademarks belong to their rightful owners, all materials to their authors. If you are the owner of the content and do not want us to publish your materials on our website, please contact us by email – [email protected]. The content will be deleted within 24 hours.
AntibioticburdendecreasingHealth newsHealth updateIndiasnews updatePrescription
Share

Parvathy Baul takes you into the world of the wandering minstrels

WV Raman: WPL will be biggest turning point in Indian…