Notice: amp_is_available was called incorrectly. `amp_is_available()` (or `amp_is_request()`, formerly `is_amp_endpoint()`) was called too early and so it will not work properly. WordPress is currently doing the `pre_get_posts` hook. Calling this function before the `wp` action means it will not have access to `WP_Query` and the queried object to determine if it is an AMP response, thus neither the `amp_skip_post()` filter nor the AMP enabled toggle will be considered. It appears the theme with slug `publisher` is responsible; please contact the author. Please see Debugging in WordPress for more information. (This message was added in version 2.0.0.) in /home/runcloud/webapps/techilive/wp-includes/functions.php on line 5313
 Inflation signs, RBI pullback to boost yields, bond veteran says - TechiLive.in 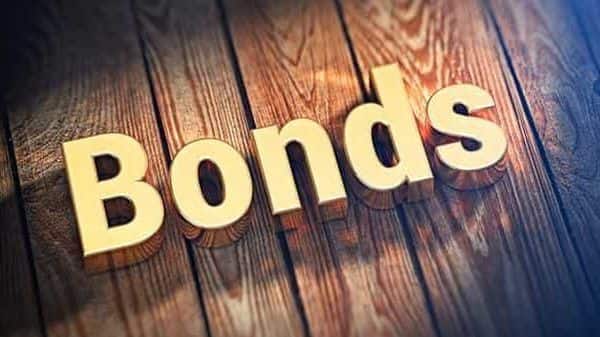 India’s sovereign bond yields will stay anchored near current levels in coming months before starting to spike higher toward year-end, according to a 25-year bond-market veteran.

Signs of quicker inflation and concern the Reserve Bank of India will start to withdraw policy support should eventually put yields on a rising path, said Radhavi Deshpande, chief investment officer at Kotak Mahindra Life Insurance Co. in Mumbai. Consumer prices will start to rise as the current virus wave subsides, and that will also convince policy makers to reduce stimulus, she said.

“We expect the benchmark 10-year yield to head toward 6.50% as inflation worries and policy normalization concerns begin to resurface along with reducing support from the RBI as we approach the year-end,” Deshpande said. Yields may reach that high around March, she said.

The first steps toward policy normalization at the RBI can be expected in December with policy makers likely to raise the reverse repo rate and start draining liquidity through variable reverse repos of different tenors, Deshpande said. India’s benchmark 10-year yield was little changed Tuesday at 6.02%.

India’s progress toward higher bond yields and interest rates will be another milestone in the recovery of global financial markets from the ravages of the coronavirus. Progress toward normalization in the South Asian nation has seen a massive setback in recent months as the nation suffered one of the world’s worst outbreaks of the pandemic.

While there have been signs in recent weeks that the current virus wave is easing, inflation is likely to stay in a range of 4% to 6% over the next nine-to-12 months, said Deshpande, who was previously head of proprietary trading at Kotak Mahindra Bank Ltd. Still, demand should start to recover as the number of cases falls and that will help stoke inflationary pressures, she said.

Inflation data in recent months have been mixed. The consumer price index fell to 4.3% in April, the second-lowest level in more than a year, driven down by cooling food and beverage prices. In contrast, wholesale-price inflation jumped to the fastest pace in more than a decade in the same month amid climbing commodity prices and a low base from a year earlier.

Concern about potential inflationary pressure has made the RBI unwilling to cut interest rates further. The central bank has instead chosen to pump extra liquidity into the financial system and buy bonds to cap yields. The central bank has said it will purchase ₹1 trillion ($13.8 billion) of debt this quarter in addition to its existing Operation Twist programs and open-market debt purchases.

The RBI will need to step in with about ₹4 trillion of bond purchases in total to meet the demand-supply imbalance in government bonds, Deshpande said. The monetary authority will maintain its accommodative stance and easy liquidity until October, she said.

At some point though, the central bank will have to wind back its emergency pandemic measures, paving the way for yields to rise.

“Once economic growth and hence credit picks up pace we should see a natural shift in demand away from sovereigns,” which will help push yields higher, Deshpande said.

Denial of responsibility! TechiLive.in is an automatic aggregator around the global media. All the content are available free on Internet. We have just arranged it in one platform for educational purpose only. In each content, the hyperlink to the primary source is specified. All trademarks belong to their rightful owners, all materials to their authors. If you are the owner of the content and do not want us to publish your materials on our website, please contact us by email – admin@techilive.in. The content will be deleted within 24 hours.
bondBond yieldsboostConsumer pricesEducation newsEducation updateInflationKotak Mahindra Life Insurance
0
Share

Tencent Sued Over ‘Inappropriate’ Content in Honor of Kings Game