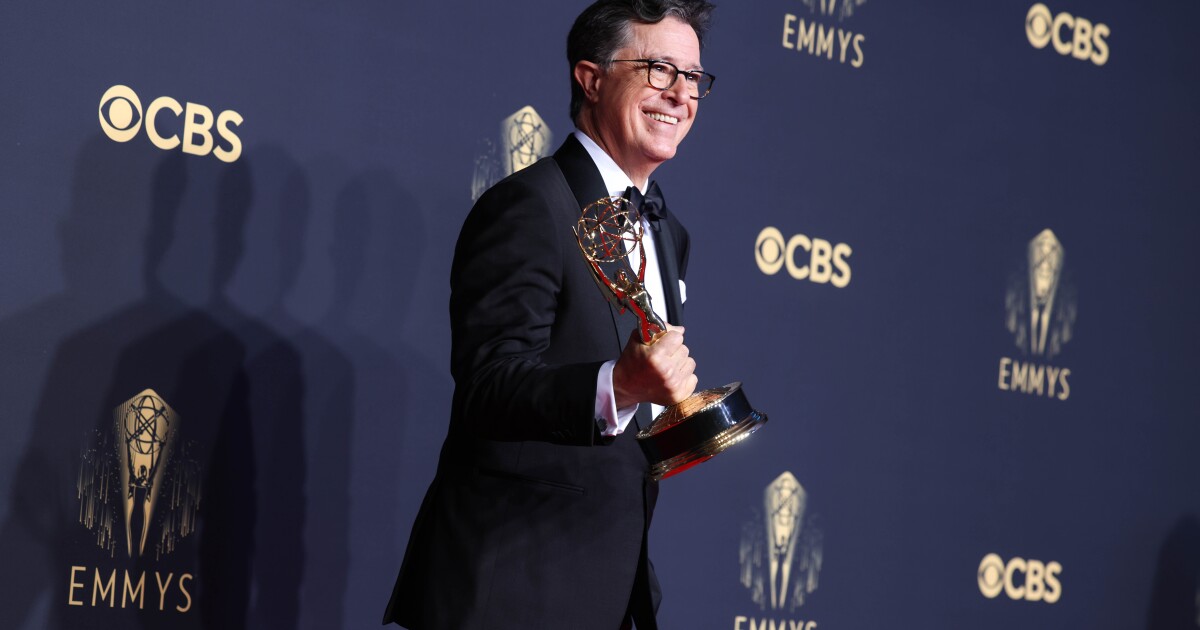 Late-night TV host Stephen Colbert has issued a blistering response to some of his crew being arrested and detained near the U.S. Capitol last week.

While filming material for a “Triumph the Insult Comic Dog” segment at Longworth House Office Building — just south of the U.S. Capitol — seven members of the production team for “The Late Show With Stephen Colbert” were arrested and charged Thursday with unlawful entry.

According to Colbert and CBS, the staffers were on-site to have Triumph, a puppet voiced by longtime “Saturday Night Live” writer Robert Smigel, conduct “authorized and pre-arranged interviews” with congresspeople about the Jan. 6 insurrection hearings.

After finishing two days of interviews, though, Colbert said the team stayed to film additional content, at which point they were detained by Capitol police.

“Which actually isn’t that surprising,” Colbert said Monday in his show’s opening monlogue. “The Capitol police are much more cautious than they were, say, 18 months ago, and for very good reason. If you don’t know what that reason is, I know what news network you watch.”

Colbert admitted it was a very “unpleasant” experience for his staff, although he said both police and the production team remained professional throughout the ordeal.

However, he sharply dismissed claims that the incident was an elaborate plan to interrupt congressional actions, after TV pundits such as Tucker Carlson ran a segment titled “Insurrection Day 2.0.”

“An insurrection involves disrupting the lawful actions of Congress and howling for the blood of elected leaders all to prevent the peaceful transfer of power,” Colbert said. “This was first-degree puppetry. This was hijinks with intent to goof. Misappropriation of an old Conan [O’Brien] bit.”

According to U.S. Capitol Police, the production team could face additional criminal charges for the incident.

“Responding officers observed seven individuals, unescorted and without Congressional ID, in a sixth-floor hallway. The building was closed to visitors, and these individuals were determined to be a part of a group that had been directed by the USCP to leave the building earlier in the day. They were charged with Unlawful Entry. This is an active criminal investigation, and may result in additional criminal charges after consultation with the U.S. Attorney.”

Denial of responsibility! TechiLive.in is an automatic aggregator around the global media. All the content are available free on Internet. We have just arranged it in one platform for educational purpose only. In each content, the hyperlink to the primary source is specified. All trademarks belong to their rightful owners, all materials to their authors. If you are the owner of the content and do not want us to publish your materials on our website, please contact us by email – [email protected]. The content will be deleted within 24 hours.
callsCapitolColbertentertainment newsEntertainment updategoofhijinksInsurrection
Share

Why faculty salaries need to be a priority – Times of…