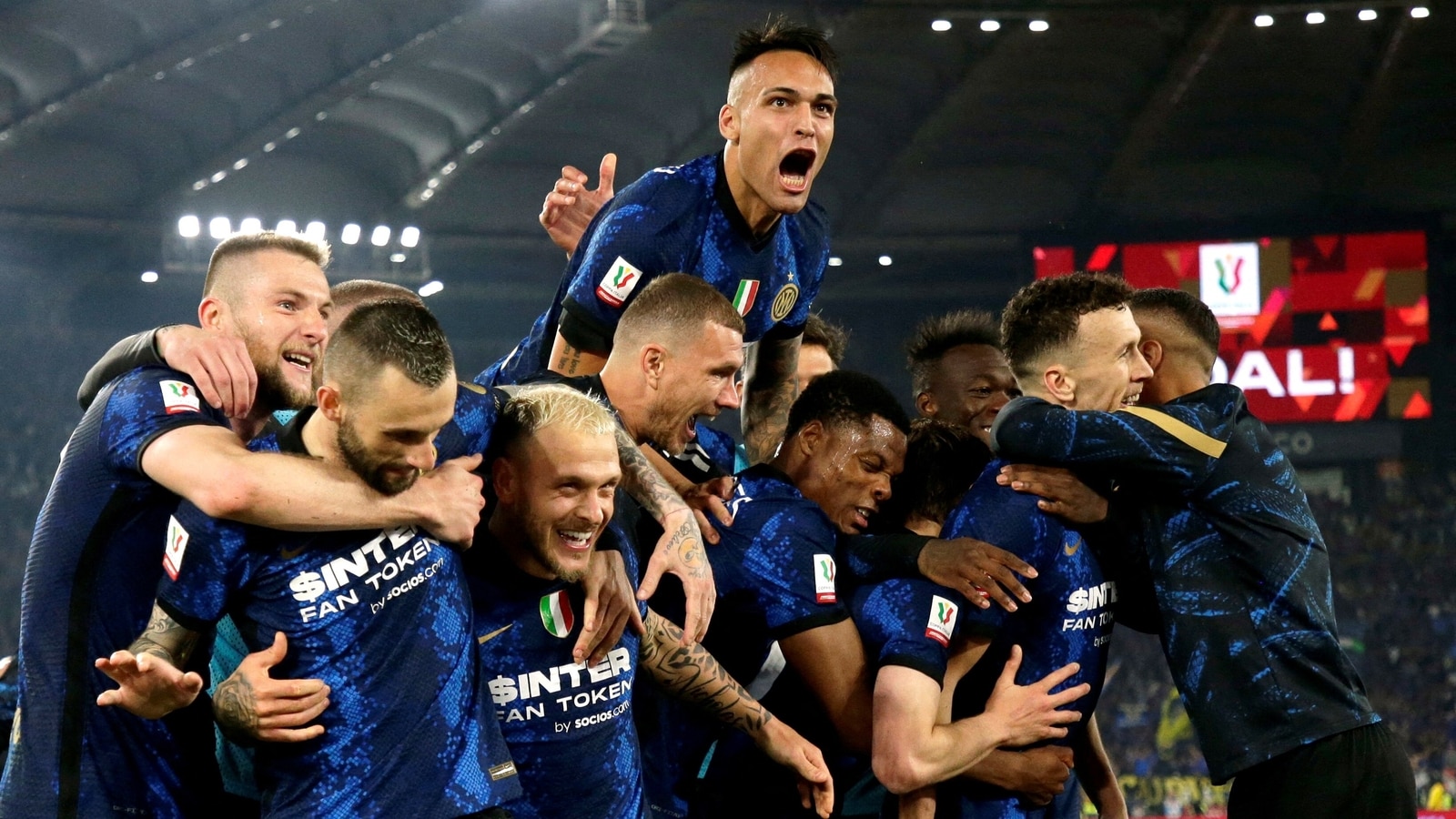 Inter Milan remained on course for a league and cup double by beating Juventus 4-2 after extra time in the Italian Cup final.

Juventus had turned the match around early in the second half with two goals in as many minutes from Alex Sandro and Dušan Vlahovic after going behind on an early Nicolò Barella strike.

For Inter it was the first of what could be an impressive double as it is also tussling with city rival AC Milan at the top of the Serie A standings, although the defending champion is two points behind the Rossoneri with two matches remaining.

Juventus also lost to Inter in the Italian Super Cup in January and it is the first year since 2011 it has finished the season without a trophy.

It was looking for a record-extending 15th Italian Cup and had won five of the past seven editions, including last year’s.

But it was Inter that got off to the perfect start at the Stadio Olimpico in Rome as it took the lead with less than seven minutes on the clock. Barella was given too much time and space by the Juventus defenders and he cut in from the left before curling into the top far corner.

Juventus started to get into the match midway through the first half and almost leveled but first Samir Handanovic made a comfortable save to deny Paulo Dybala and then did even better to palm away a great effort from Vlahovic.

However, Handanovic was somewhat at fault for Juve’s equalizer five minutes after the break. A shot from Vlahovic was charged down but it came out to Alex Sandro on the edge of the area and his effort squirmed out of the Inter goalkeeper’s hands and into the back of the net.

Juventus turned the match around completely two minutes later when Vlahovic ran onto a through-ball and into the area and feinted his way past Inter defender Danilo D’Ambrosio. His initial shot came off Handanovic’s face but he slotted home the rebound.

Inter increased the pressure and managed to level through a controversial penalty as Lautaro Martínez went down on what referee Paolo Valeri adjudged to have been a foul from Leonardo Bonucci, although it appeared as if Martínez hooked his leg between the Juventus defender’s.

Hakan Çalhanoglu smashed an unstoppable penalty into the roof of the net, sparking a spat on the sidelines shortly after as Juventus coach Massimiliano Allegri got into an argument with an Inter assistant.

Inter was awarded another penalty early in extra time after Matthijs de Ligt barged into Stefan de Vrij and – with Çalhanoglu having been substituted – Perišic stepped up and drove an equally powerful spotkick into the top left corner.

Inter all but sealed the match three minutes later when Perišic controlled a pass on the edge of the area and fired into the top right corner.

Allegri was sent off shortly afterward.

Denial of responsibility! TechiLive.in is an automatic aggregator around the global media. All the content are available free on Internet. We have just arranged it in one platform for educational purpose only. In each content, the hyperlink to the primary source is specified. All trademarks belong to their rightful owners, all materials to their authors. If you are the owner of the content and do not want us to publish your materials on our website, please contact us by email – [email protected]. The content will be deleted within 24 hours.
BeatCupdoubleFinalInterinter milanItalianItalian Cup
Share

‘Doom’ designer John Romero is releasing a memoir next year

The other affair in Conversations with Friends