Notice: amp_is_available was called incorrectly. `amp_is_available()` (or `amp_is_request()`, formerly `is_amp_endpoint()`) was called too early and so it will not work properly. WordPress is currently doing the `pre_get_posts` hook. Calling this function before the `wp` action means it will not have access to `WP_Query` and the queried object to determine if it is an AMP response, thus neither the `amp_skip_post()` filter nor the AMP enabled toggle will be considered. It appears the theme with slug `publisher` is responsible; please contact the author. Please see Debugging in WordPress for more information. (This message was added in version 2.0.0.) in /home/runcloud/webapps/techilive/wp-includes/functions.php on line 5313
 INTERVIEW | Current generation can be inspired by Rani Jindan Kaur's qualities, says Author Chitra Banerjee Divakaruni - TechiLive.in 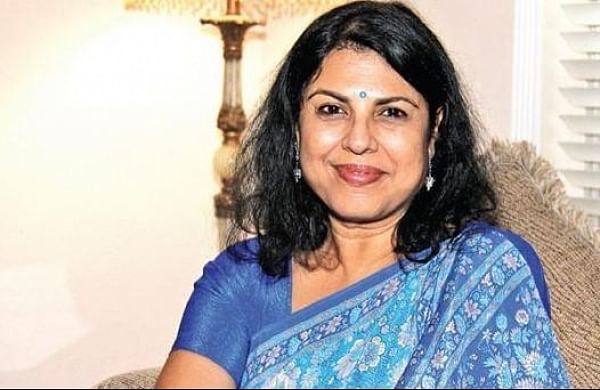 Award-winning and bestselling author, poet, activist and teacher of writing, Chitra Banerjee Divakaruni is out with her latest novel, The Last Queen. The book, which has already been optioned for film rights by global content creator Endemol Shine, is the awe-inspiring story of Rani Jindan Kaur, the youngest wife of Maharaja Ranjit Singh. In this exclusive interview, she talks among other things about the inspiration behind the book, why the current generation needs to learn from Rani Jindan Kaur’s life and differentiating between mythology and history while writing a historical novel.

How did you decide to write your latest book?

Telling or retelling the stories of women, placing them at the centre of my novels, has been an important aspect of my work. I am even more interested in the project if I feel the woman has been misunderstood, misinterpreted or pushed to one side. That is why in Palace of Illusions, I focused on telling Draupadi’s story in her own voice. In The Forest of Enchantments, I did the same with Sita. Like these heroines, Rani Jindan Kaur was a very strong and charismatic woman. She rose from a very humble background to become Maharaja Ranjit Singh’s youngest and most favourite wife. She managed to outmanoeuvre court plots and protect her son, Maharaja Dalip Singh, after her husband passed away. She was a colourful, courageous, stubborn and inspiring character who dispensed with the veil and directly addressed the Khalsa army, who gave her the title, Mother of the Khalsa. She fought very hard against the British. And yet people know so little about her. Many books have been written about her husband and her son, but she is only briefly mentioned. I strongly felt that she deserved to be the heroine of a novel dedicated totally to her.

An epic work in its scope and subject, how long did it take you to put it together?

I researched this novel for about three years. Then it took me some more time to write it. I procured books from India, England and the US, besides many sites dealing with many aspects of Punjab history as well as the British occupation of India, the Indian Rebellion of 1857 and the exile of Dalip Singh. An important part of my research was historical photographs which helped me get a physical sense of the main characters as well as the places in which Rani Jindan would have lived—Lahore Qila where she was Queen Regent, prisons where the British exiled her, and neighbourhoods in England where she spent her last days.

Relate to us some interesting anecdotes about Rani Jindan Kaur that not many people may be aware of.
When the Khalsa army was in disarray during the 1st Anglo Sikh War because of the treachery of its two main generals, Tej Singh and Lal Singh, the army’s leaders came to Rani Jindan in Lahore, starving, disheartened and ready to give up. They were also angry and ready to turn their fury against her and her son, the very young king, Dalip Singh. Jindan must have been terrified, but she faced them bravely. She threw her petticoats at them and told them to stay at home and protect their skins. She said she would wear men’s clothes and go to the battlefield herself, in their place and give her life for Punjab. She managed to raise their morale so successfully that they went back to fight, cheering her and saying they were ready to die like true Sikh soldiers. Although they were ultimately shamefully betrayed by the generals, who retreated and left them to die, they made such a brave stand at Sobraon against the British that they were immortalised by the bards of the time.

Why do you feel it is important for the current generation to learn from Rani Jindan Kaur’s life?

Rani Jindan embodies certain timeless qualities which are human as well as heroic: love for her country, love for her son and the determination to protect him, love and family loyalty towards her brother, in spite of the fact that he was constantly getting into trouble. She was also strong and stubborn. She was also passionate and believed in a woman’s right to love and control her own destiny. Most important was her refusal to give up even when things were at their worst. When imprisoned by the British and stripped of all her riches, she did not lose hope but fought them in ingenious ways. I think our current generation can be inspired by them too.

In your writings, how do you differentiate between mythology and history?

Epics and history are very different, and writers need to carefully differentiate between the two. There is an element of the ancient and mythical in the Ramayana and the Mahabharata, the two texts I have worked with most closely. There, we enter a world of prehistory where humans coexist with gods and demons, where animals have heroic powers. In writing the mythological novel, a different kind of imagination comes into play. A historical novel deals more closely with facts and has to be meticulously researched. Although I have imagined many of the moments of Rani Jindan’s life—for example, the zenana plots that she had to overcome as a young queen, or her state of mind after her beloved husband dies—the main events needed to follow history very closely. In writing this novel, I had to remain true to the facts of Jindan’s life, even when they were heartbreaking and I would have loved to change them.

I’m in love with our Indian history right now, so I think it will be another historical novel. And yes, it will have one or more strong, complex women at its centre!

Denial of responsibility! TechiLive.in is an automatic aggregator around the global media. All the content are available free on Internet. We have just arranged it in one platform for educational purpose only. In each content, the hyperlink to the primary source is specified. All trademarks belong to their rightful owners, all materials to their authors. If you are the owner of the content and do not want us to publish your materials on our website, please contact us by email – admin@techilive.in. The content will be deleted within 24 hours.
AuthorChitraBanerjeeChitra Banerjee DivakaruniCurrentDivakarunigenerationinspiredinterview
0
Share