Notice: amp_is_available was called incorrectly. `amp_is_available()` (or `amp_is_request()`, formerly `is_amp_endpoint()`) was called too early and so it will not work properly. WordPress is currently doing the `pre_get_posts` hook. Calling this function before the `wp` action means it will not have access to `WP_Query` and the queried object to determine if it is an AMP response, thus neither the `amp_skip_post()` filter nor the AMP enabled toggle will be considered. It appears the theme with slug `publisher` is responsible; please contact the author. Please see Debugging in WordPress for more information. (This message was added in version 2.0.0.) in /home/runcloud/webapps/techilive/wp-includes/functions.php on line 5313
 INTERVIEW | Everyone in Operation Java contributed to its visual style: Cinematographer Faiz Siddik - TechiLive.in 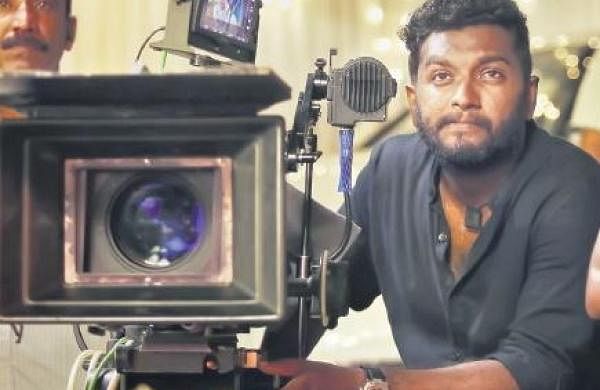 INTERVIEW | Everyone in Operation Java contributed to its visual style: Cinematographer Faiz Siddik

Like its director Tharun Moorthy, Faiz Siddik, the cinematographer of Operation Java, is also a newcomer. But one may assume it’s the work of veterans upon one look at the film’s quality. Before making his official debut as a cinematographer with the upcoming Antony Varghese-starrer Aanaparambile World Cup, Faiz was supposed to have made his debut 11 years ago with a film that unfortunately got dropped midway. After failing to clear high school and a brief stint at a film school, what followed for Faiz was a long struggle that culminated in Operation Java, his second film, released before AWC.

His obsession with photography, however, had begun during his childhood. The spark happened as a result of his expatriate father bringing him cameras from the Gulf. What started as a medium for documenting memories for his father turned into an endless passion for Faiz, whose first spectator was his father himself. But at no point during that journey did the youngster dream of becoming involved in movies.

“I used to have the habit of writing stories, and I was good at visualisation. But these were only meant for narrating to family members, not for publishing anywhere,” says Faiz, who keenly tracked the evolution of photography — from the days of film stock to the now widely used digital format — and managed to find his own style during this process. For Faiz, working on Operation Java seemed like a family reunion of sorts as he knew most of the actors and technicians that worked on the film. Excerpts from a conversation:

Unlike most police thrillers we see here, Operation Java has a distinct visual style — the desaturated colours with dominant whites and greens standing out. The Kochi Cyber Cell, for example, almost resembles a hospital.

What went into creating this look?
We were very particular about doing something different from the outset. The police offices we usually see in films have colours of a relatively warmer tone — browns and yellows, mostly. We picked a palette comprising whites, greens, and greys. It was the result of a collaboration between the costume and art departments.

Something great happens when people from every department are exchanging ideas. When one of us got stuck somewhere, someone would say, “Why don’t we do it this way?” and it would work out. There were no ego clashes. One of the actors, Binu Pappu, used to work as a chief associate. Even he got down to our level and worked with us without the senior-junior thing getting in between us. Everyone was immediately available for help.

How was the experience shooting in other states and districts? Did any location in Kerala become a stand-in for another at any point?
Yes, that happened a few times. Some Thiruvananthapuram and Coimbatore portions were actually Kochi locations. We couldn’t shoot it entirely in those places due to certain limitations. Initially, we considered doing everything in Kochi itself, but we had a backup plan when things didn’t go according to the first plan. Acquiring permits for the Coimbatore portions was a challenge given the night shoots. Besides, some locals had expressed concerns about the portrayal of some areas. So we assured them that we would change their names in the film. We had to go through a lot of procedures.

Did you go mostly with available light, or were there any additional light sources?
It was available light mostly — police lights, vehicle headlights, streetlights, and so on. And using a Red Gemini camera was helpful when shooting at night. For the climax action sequence in the thicket, we used just 15 LED lights. And since there were soft lights from the nearby buildings already visible, we didn’t want to use additional lights and create a sense of artificiality. In some places, we used a few extra lights to add atmosphere and detail — to recreate the look of some colonies I had seen. It was also to signal the separation of cultures.

I noticed the alternate use of white and yellow lights in some places, not just for the interior portions but also the exterior ones. Was that done in post-production?
Yes, during the colour grading. The film went through three grading processes in three different places to create a change in tone. Warmer lights were predominant towards the end of the film. Besides, editing and music also played a part in the choice of colours. So, you see, even the music composer (Jakes Bejoy) and editor (Nishadh Yusuf) have to be credited here.

Any influential cinematographers?
Since I’ve worked with and learned from many, I can’t single out just one guru. But I would say the work of Rajeev Ravi, Shyju Khalid, and Amal Neerad has strongly influenced me.

Denial of responsibility! TechiLive.in is an automatic aggregator around the global media. All the content are available free on Internet. We have just arranged it in one platform for educational purpose only. In each content, the hyperlink to the primary source is specified. All trademarks belong to their rightful owners, all materials to their authors. If you are the owner of the content and do not want us to publish your materials on our website, please contact us by email – admin@techilive.in. The content will be deleted within 24 hours.
Loading...
'Operation Java'Aanaparambile World CupCinematographercontributedentertainment newsEntertainment updateFaizFaiz Siddik
0
Share

Long & Short of Markets: Why is Rakesh Jhunjhunwala averse to investing in startups?