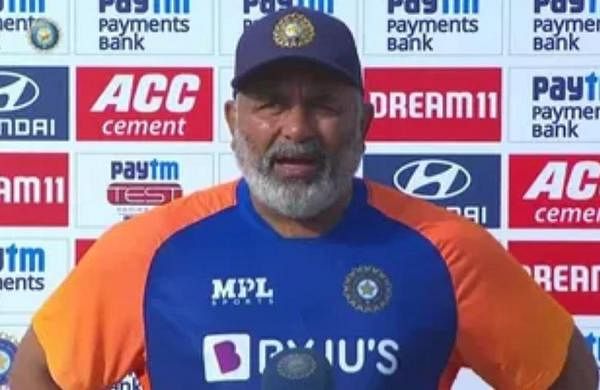 In the final part of the interview with former bowling coach Bharat Arun, he speaks about his coaching methodology, convincing the team management in going down this route and his conversations with bowlers after they were dropped.

Did your project to build a core of fast bowlers start in 2014 or later?

When you get into the Indian team, you would like to make a difference. Bring something new to the table. But at the same time, you don’t want to be shooting too soon because the first thing you need to do is understand a player. It takes time. I always believed coaching is all about coaching the player and not coaching the sport. So I wanted to have a firm understanding of each bowler because each one is different.

That understanding would go a long way in our communication. Any relationship is built on trust. I needed to get the trust of the players before they listened to me. So I thought first let me just sit back, observe what is going on, and see where are the changes and what are the things I can bring on to help the team.

So the first year went in observing and unfortunately before I could take any further my stint ended when Anil Kumble took over. For about 9-10 months I was out. Then again Ravi brought me back to the Indian team.

How was the fast-bowling culture in the 80s and 90s when compared to now?

There were a lot of myths in those days handed down by generations where they said weight-training is not recommended for fast bowlers and it is going to make you stiff and not good and a pacer should do running all the time.

See, fast-bowling is an explosive activity. Actually, any activity in cricket is explosive. Be it batting, where you need to hit big shots, run between the wickets… In fielding, you are chasing the ball all of a sudden.

And then there is a period of inactivity. So when only explosive activity is going on, all we were doing was slow marathon running and stretching exercises… which may help, but these are not directly helpful to what you are doing on the field.

Now, lot of learning and studies have helped. In the Indian team we had Shankar Basu, Nitin Patel and Patrick Farhart before…who all brought into the idea that we need to have a potent fast bowling force, create a structure where they are extremely strong. Their training methodology had to be different from what they are doing now.

Did it take a lot of effort to get everyone on board?

When we spoke to Virat and Ravi, they were up for it. So that was a big step for us. And then we spoke to the NCA, and they too were ready to be on board because we needed a strong support system and luckily Rahul Dravid became the NCA coach and there was considerable support from the academy for us to carry on with the project.

A few seasons back the BCCI tried having 4mm grass in Ranji. Did that also contribute in increasing the fast-bowling pool?

When you start bowling on helpful tracks it is a big fillip to a young bowler coming up. He is willing to bend his back and when he sees a pitch that is not responsive, he holds back and it is not good for them. So every time they see a wicket where they can go all out, they bring the best out of them. But, yes, once they achieve the objective, then they have to adjust to different conditions and that is a skill.

What were your conversations with a bowler who is dropped or rested?

See this team revolves around being fearless and honest. When a player is dropped, it is my responsibility to tell him why he is dropped. It is being brutal,  honest and telling him either your bowling doesn’t suit these conditions or you need to work more on your consistency or whatever it may be. But an honest message goes to the bowler.

They may be angry with us and it has happened. And it is good because it needs to hurt them. It will make them work harder. Now they have the confidence that when we drop them for some reason… if they can correct it, they can get back to the team. The job of giving the confidence is on us once that initial drama is over.

Denial of responsibility! TechiLive.in is an automatic aggregator around the global media. All the content are available free on Internet. We have just arranged it in one platform for educational purpose only. In each content, the hyperlink to the primary source is specified. All trademarks belong to their rightful owners, all materials to their authors. If you are the owner of the content and do not want us to publish your materials on our website, please contact us by email – [email protected]. The content will be deleted within 24 hours.
angryArunBharatBharat ArunBharat Arun interviewbowlersCoachDropped
Share

Manipal is in takeover talks with Amri hospitals – ET HealthWorld

It’s been a hectic schedule, we failed to adapt: Southee