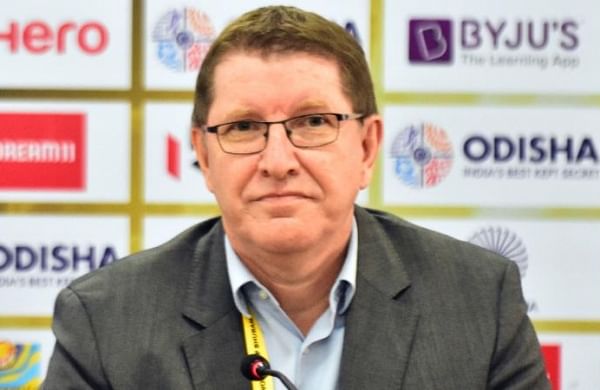 CHENNAI: The International Olympic Committee (IOC) is actively consulting with team sports to
arrive at a uniform rule when an athlete tests positive for Covid-19 during the Summer Games in Tokyo. This much was revealed to select media by the International Hockey Federation’s (FIH) CEO, Thierry Weil. The Frenchman, who was a prominent FIFA official before, also spoke about the importance of the Games to FIH, its reliance on IOC and whether they have a plan ‘B’ if the Olympics doesn’t happen. Excerpts…

On what happens if somebody in a team tests positive
It’s not finalised, IOC is still consulting. Will the entire team have to into quarantine? IOC wants one clear rule. But it doesn’t mean that if one player tests positive, it’s not like the game will be postponed. If you start postponing, it will delay the entire programme.

On importance of the Games to the FIH
Clear that it is the best window for our sport to be seen by the wider world. Even more this time I believe there will be more TV viewers than before given people will not travel to the Games. On the financial side, we get contribution from the Games. All International Federations (IFs) get it. If you look into our financial reports, that’s clearly a big part of our income.

On the reliance on IOC for revenue and can you compare it to how it was at FIFA
When I was at FIFA, I was always admiring how the smaller federations were managing their daily  business, how they generate revenues and how they run sport with far less revenues than FIFA. I always say the big job is not done by people at FIFA but by people working at smaller federations. On the income side, it’s clear. For FIH, it’s crucial. For FIFA, it’s good and important to have but it will not mean you have to stop your activities (without IOC money).

On who insures athletes at the Games
Not 100% sure but I do believe insurance for athletes is done under NOCs. What we have insured is officials, umpires… all those are insured under the FIH roof.

On continuation of hockey at CWG in light of a report that said CWG could be scaled down
There was a discussion with hockey on the CWG programme. CWG asked us clearly and they mentioned to us that hockey is an important part of the CWG and we confirmed to them that we will stay with them. It was a couple of months ago. They haven’t asked us in any form or shape recently in light of this report.

On any plan ‘B’ if the Olympics doesn’t happen
If you are optimistic, you have no plan ‘B’ (laughs). Sometimes in life also, it’s better if you don’t have a plan ‘B’. To stay positive, you have to strongly believe, go head down and get through. But I don’t want to avoid your question. There is no plan ‘B’. But from an athletes point of view, they will need to keep training to stay at the highest level to participate in the next Games. It will be complicated for some but I’m sure that’s what they will do. From the financial side, it you get less income, you spend less. You will have to adapt your plans, adapt your spending. Even in your family, when you get less income, you spend less. Rather than buying something expensive, you get something cheaper to make sure you get through safely.

Do we need to increase or add one or two companies of an international level?
Yes, we should. We should have other companies. But I also believe that with our broadcast distribution in other countries not that strong… by the commitment of Star which promises to show every game, so that attracts Indian companies to be on (visible) those games on Indian TV, which we don’t have in other countries.

Denial of responsibility! TechiLive.in is an automatic aggregator around the global media. All the content are available free on Internet. We have just arranged it in one platform for educational purpose only. In each content, the hyperlink to the primary source is specified. All trademarks belong to their rightful owners, all materials to their authors. If you are the owner of the content and do not want us to publish your materials on our website, please contact us by email – [email protected]. The content will be deleted within 24 hours.
CEOConsultingFIHhockeyInternational Hockey FederationIOCnews updateOlympics
0
Share