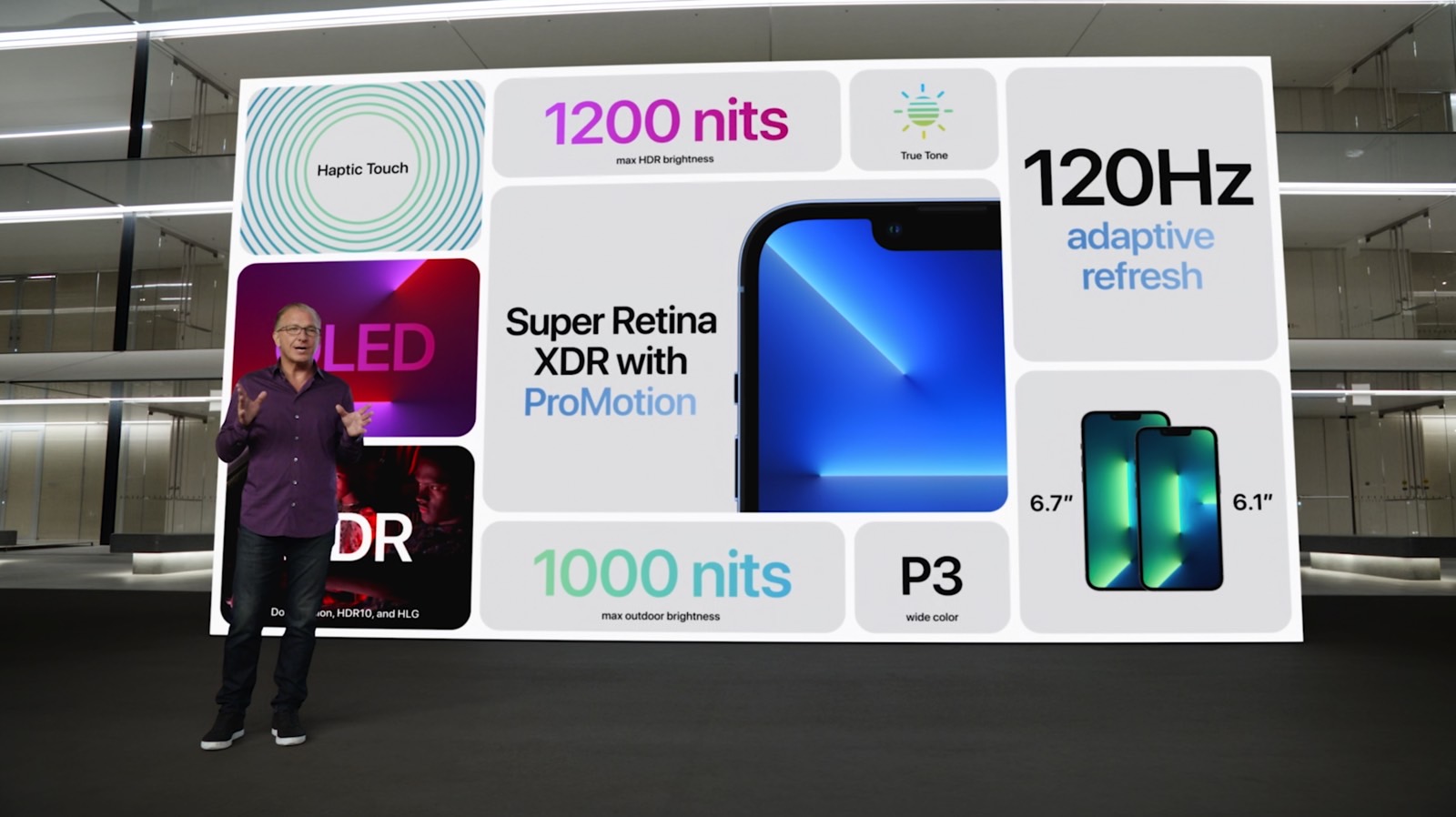 iPhone 13 Pro already has an annoying display bug, but Apple is fixing it

The iPhone 13 series appears to be a massive success for Apple, with the phone selling out soon after preorders started on Friday, September 20th. Now that the phones have reached consumers, we’ve already begun seeing plenty of real-life usage tests. That involves speed tests, teardowns, and battery life comparisons. iPhone 13 Pro and iPhone 13 Pro Max users have also started testing the new 120Hz ProMotion screens. These are the first iPhones to support higher refresh rates than the standard 60Hz available on all other iPhones. And unfortunately, iPhone 13 Pro users have already discovered an unexpected issue with the 120Hz displays.

According to early tests, third-party apps might not always use the dynamic 120Hz refresh rate, with some content stuck at 60Hz. Apple has confirmed the issue is a bug that it’ll fix soon, allowing developers to take full advantage of the 120Hz refresh rate.

Some app developers who have received their iPhone 13 Pro versions on Friday observed that most of the animations in their apps were still playing in 60Hz rather than taking advantage of the maximum 120Hz refresh rate. Initial reports showed that 120Hz would kick in only when scrolling a third-party app. But the refresh dropped back to 60Hz for other animations inside the same app. The result is an inconsistent user experience that’s very annoying, to say the least.

Some speculated at the time that Apple might have implemented a few restrictions on third-party apps to improve battery life. The first Android phones that featured high refresh rates also struggled with battery life in recent years. But then phones with dynamic refresh rate support appeared earlier this year — the Galaxy S21 is one example. Samsung’s new flagship saw massive battery gains over the S20 series thanks to the dynamic 120Hz screen.

Apple says a fix is on the way for ProMotion issues

Apple has officially addressed the matter, as 9to5Mac reports. The iPhone maker said that developers can take advantage of the iPhone 13 Pro’s 120Hz refresh rate to the fullest. They’ll have to add new info to their apps to opt into 120Hz support for some animations. Documentation on the matter will be available in the future. Furthermore, a software update will fix a bug that prevented Core Animation-powered animations from reaching 120Hz.

9to5Mac explains that apps will need to opt into 120Hz support due to the implications for battery life. That will apply to any app that contains content that can take advantage of ProMotion, games included.

Developers will not have to do anything for their apps to take advantage of ProMotion for standard animations and scrolling. iOS 15 will automatically adapt the refresh rate between 10Hz and 120Hz in those instances.

Denial of responsibility! TechiLive.in is an automatic aggregator around the global media. All the content are available free on Internet. We have just arranged it in one platform for educational purpose only. In each content, the hyperlink to the primary source is specified. All trademarks belong to their rightful owners, all materials to their authors. If you are the owner of the content and do not want us to publish your materials on our website, please contact us by email – [email protected]. The content will be deleted within 24 hours.
annoyingApplebugDisplayfixinggadget updateiPhonePro
Share