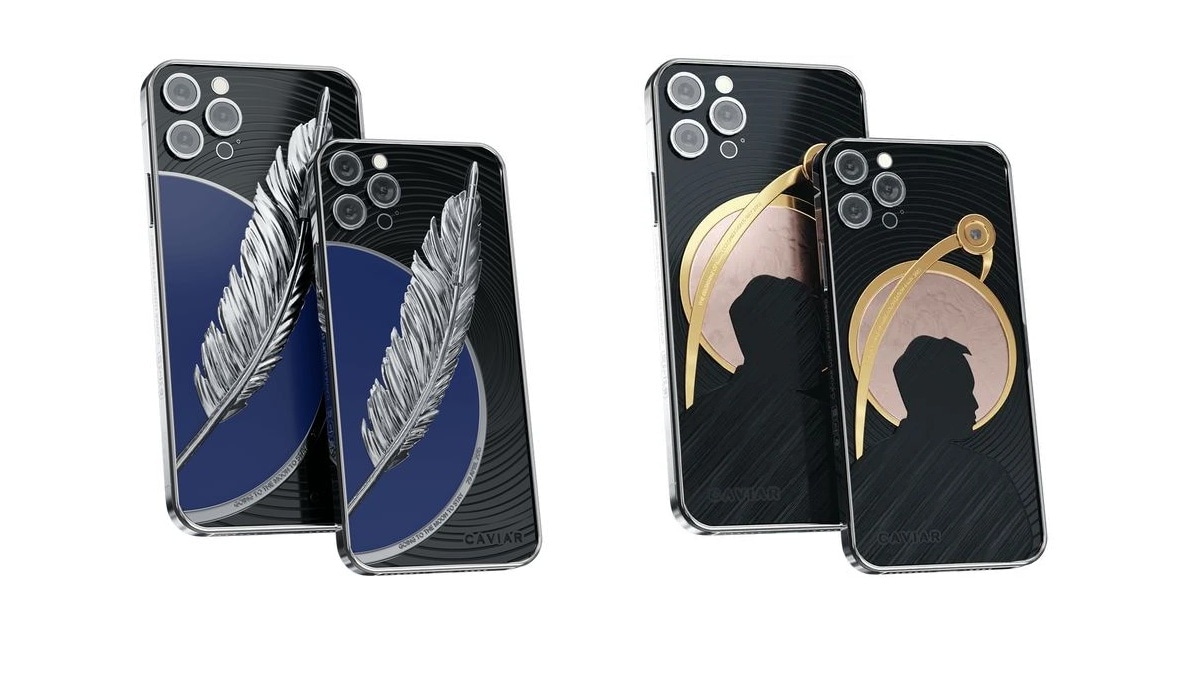 Caviar, a luxury iPhone cover maker headquartered in London, has unveiled its latest series of special edition iPhone handsets dubbed Space Conquerors. Paying homages to space exploration over the years and iconic personalities such as Yuri Gagarin and Neil Armstrong, the new collection of iPhone 12 Pro and iPhone 12 Pro Max marks the 60th anniversary of the first manned spaceflight. The collection also has special editions to celebrate SpaceX and Blue Origin founders Elon Musk and Jeff Bezos, respectively. Each iPhone design is unique to the inspiration behind the creation.

Giving users a look at their vision, the company released a video in which it said, “There are some people whose craving for discovery cannot be overcome. They once conquered the oceans and now they are conquering space.”

With regard to Musk, the company said in the video said that his was a start-up that nobody believed in. The model inspired by Musk features his silhouette in black with a touch of gold on the back of the phone. Mars, the planet that the billionaire wishes to explore, also features on it with the words “The Beginning of Mars Colonization” engraved around it. The number 19, which signifies the number of years since SpaceX’s formation, is also seen on the phone. The model is touted to be priced at $6,610 (roughly Rs. 4.9 lakhs).

With Bezos, the video by Caviar focussed on Blue Origin, the aerospace manufacturer and suborbital spaceflight founded by him in 2000. It quoted Bezos as saying, “We are going to the moon to stay there for a long time.” The model inspired by the billionaire space entrepreneur will feature a feather, which is also the logo of the company. Along with this, the date April 29, 2015 will be engraved to mark the day the New Shepard reusable rocket flew for the first time. This model would cost you nearly $5,840 (roughly Rs. 4.4 lakhs)

In addition to Musk and Bezos, the line will also be paying homage to astronauts Yuri Gagarin and Neil Armstrong as well as spacecraft designer Sergei Korolev. Each of these models will be distinct in its design to embody the spirit of the inspirational figures and their achievements.

iPhone 12 Pro Series Is Amazing, but Why Is It So Expensive in India? We discussed this on Orbital, our weekly technology podcast, which you can subscribe to via Apple Podcasts, Google Podcasts, or RSS, download the episode, or just hit the play button below.