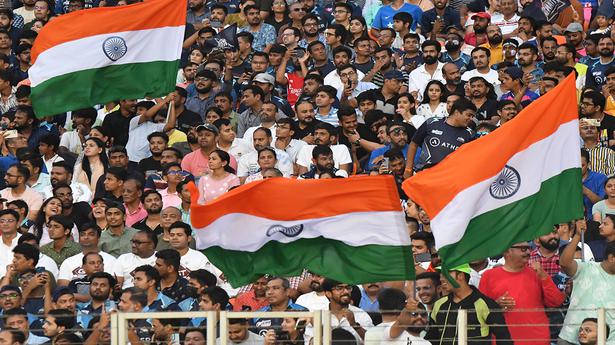 Calling them ‘unsung heroes’, the BCCI on Monday announced a prize money of₹1.25 crore for the curators and groundsmen, who worked during the just-concluded Indian Premier League.

“I’m pleased to announce a prize money of INR 1.25 crores for the men who gave us the best games in #TATAIPL 2022. The unsung heroes – our curators and groundsmen across 6 IPL venues this season,” BCCI secretary Jay Shah said in a tweet.

“We’ve witnessed some high octane games and I would like (to) thank each one of them for their hardwork. 25 lacs each for CCI, Wankhede, DY Patil and MCA, Pune. 12.5 lacs each for Eden and Narendra Modi stadium.” For the first time, the BCCI is giving hefty incentives to groundsmen.

The 70 league matches of the cash-rich league were played at four venues in Maharashtra — Wankhede stadium and Brabourne stadium in Mumbai, the DY Patil stadium in Navi Mumbai and the Maharashtra Cricket Association stadium at Gahunje in Pune.

The play-offs were played at the Eden Gardens in Kolkata and the Narendra Modi stadium in Ahmedabad.

Each of the six venues had one curator, while the number of groundsmen who worked was different for each venue.

Over 130 groundsmen worked at four venues, barring Ahmedabad and Pune.

According to sources, around 30 groundsmen worked at the DY Patil stadium, 17 groundsmen was at work at the Wankhede stadium, and approximately 25 groundsmen put in the effort at the CCI.

Eden Gardens chief curator Sujan Mukherjee said they had 70 groundsmen under him during the two play-offs matches held at Eden.

“Earlier, there used to be an award for the best ground, but this is a novel initiative. Not only Eden Gardens, but all the groundsmen across India, will be very pleased for this. We’re really thankful for the BCCI for this initiative,” Mukherjee told PTI.

Denial of responsibility! TechiLive.in is an automatic aggregator around the global media. All the content are available free on Internet. We have just arranged it in one platform for educational purpose only. In each content, the hyperlink to the primary source is specified. All trademarks belong to their rightful owners, all materials to their authors. If you are the owner of the content and do not want us to publish your materials on our website, please contact us by email – [email protected]. The content will be deleted within 24 hours.
announcesBCCIcrorecuratorsGroundsmenGujarat Titansgujarat titans iplGujarat Titans IPL 2022
Share

Nutraceutical Products Market estimated to reach a staggering USD 1 Trillion by 2030 growing at a CAGR of 9%: Straits Research

How GovTech makes use of crowdsourcing to get data from…

HHS Outlines Timeline for Medicare Drug Benefits in the…

It’s-a me, Chris Pratt! Hear his take on Mario in…