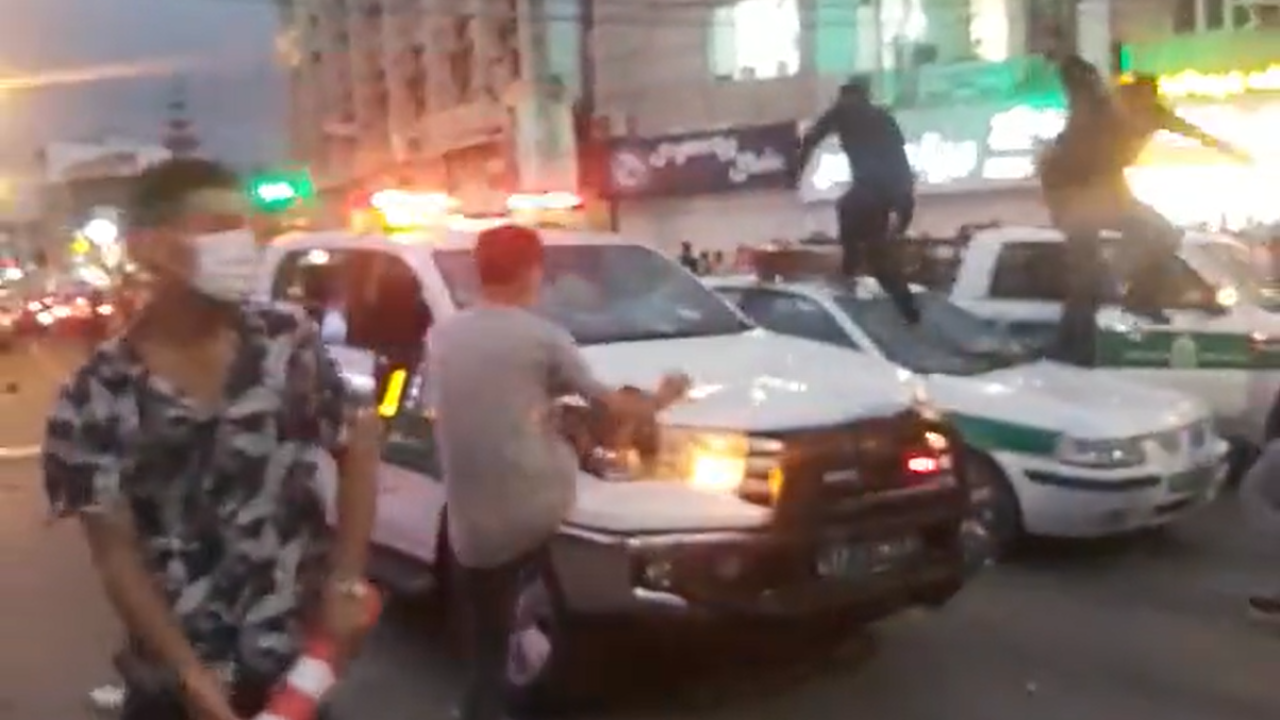 Iran has experienced waves of discontent in recent years, but this round of protests does not seem to be easing up – instead, Iranians are fighting back against security forces who are violently trying to curb dissent. Protests have escalated since the September 16 death of 22-year-old Mahsa Amini after she was arrested by the Islamic Republic’s notorious “morality police”.

Mahsa Amini was arrested by the Iranian “Gasht-e-Ershad” morality police, who are tasked with enforcing the country’s mandatory veiling laws, on September 13. She was taken to hospital just hours after her arrest and died there three days later.

Iranian officials claimed she suffered a “heart attack”, but the young woman’s family told Iranian media that she had no prior condition. The well-known brutality of Iran’s morality police has led to an outpouring of anger among Iranians who believe that she was killed by security forces.

>> Read more on The Observers: ‘I will never wear a headscarf again’: Outrage in Iran after woman dies in custody

The consequent protests have been deadly. At least eight people, including one child, were killed during the protests on September 19 and 20, according to Amnesty International. Hundreds more have been injured or even blinded.

Riot police have deployed tear gas, water cannons and live bullets to quell the crowds of protesters. But protesters are fighting back with fervour against riot police.

In Sari, a city in northern Iran, protesters faced off with security forces on September 20.


A video shared on Twitter on September 20, 2022 shows protesters facing off against security forces, who beat them with batons and advanced with motorbikes.

In Amol, protesters advanced against a line of police vehicles, causing them to retreat.

Others in Rasht teamed up to fight against individual police officers. In this video, a riot police officer armed with a taser is mobbed and beaten by dozens of protesters, as onlookers cheer in support.

Similar scenes took place in Qeshm, Mashhad, Lahijan and more than 20 other major cities across Iran, including the capital, Tehran.

From women’s freedoms to economic hardship

Women and women’s rights are at the centre of the demonstrations, but they have snowballed to include anti-regime sentiments and the crippling economic situation in Iran. Videos show women burning their headscarves and cutting their hair. Others show protesters destroying posters of Iran’s Supreme Leader Ali Khameini.

People have taken to the streets chanting, “Women! Life! Freedom” and “Death to the dictator”.

Protesters have also begun storming government buildings around the country, including town halls.

Internet and mobile networks in Iran have been shut down in an attempt to curb dissent. The official death toll from the wave of unrest rose on Thursday to at least 17. However, the Oslo-based NGO Iran Human Rights said at least 31 civilians had been killed.

In a speech on September 21, Supreme Leader Ali Khameini refrained from commenting on the protests. Iranian authorities have said they would investigate Amini’s death while denying any wrongdoing.

Denial of responsibility! TechiLive.in is an automatic aggregator around the global media. All the content are available free on Internet. We have just arranged it in one platform for educational purpose only. In each content, the hyperlink to the primary source is specified. All trademarks belong to their rightful owners, all materials to their authors. If you are the owner of the content and do not want us to publish your materials on our website, please contact us by email – [email protected]. The content will be deleted within 24 hours.
AminiDeathdemonstrationsFightHealth newsHealth updatehuman rightsIran
Share

Review: Korean Modern art gets its long-overdue spotlight at LACMA