Notice: amp_is_available was called incorrectly. `amp_is_available()` (or `amp_is_request()`, formerly `is_amp_endpoint()`) was called too early and so it will not work properly. WordPress is currently doing the `pre_get_posts` hook. Calling this function before the `wp` action means it will not have access to `WP_Query` and the queried object to determine if it is an AMP response, thus neither the `amp_skip_post()` filter nor the AMP enabled toggle will be considered. It appears the theme with slug `publisher` is responsible; please contact the author. Please see Debugging in WordPress for more information. (This message was added in version 2.0.0.) in /home/runcloud/webapps/techilive/wp-includes/functions.php on line 5313
 Irrfan Khan's son Babil shares old pics with parents, recalls 'best Holi celebrations' of his life - TechiLive.in 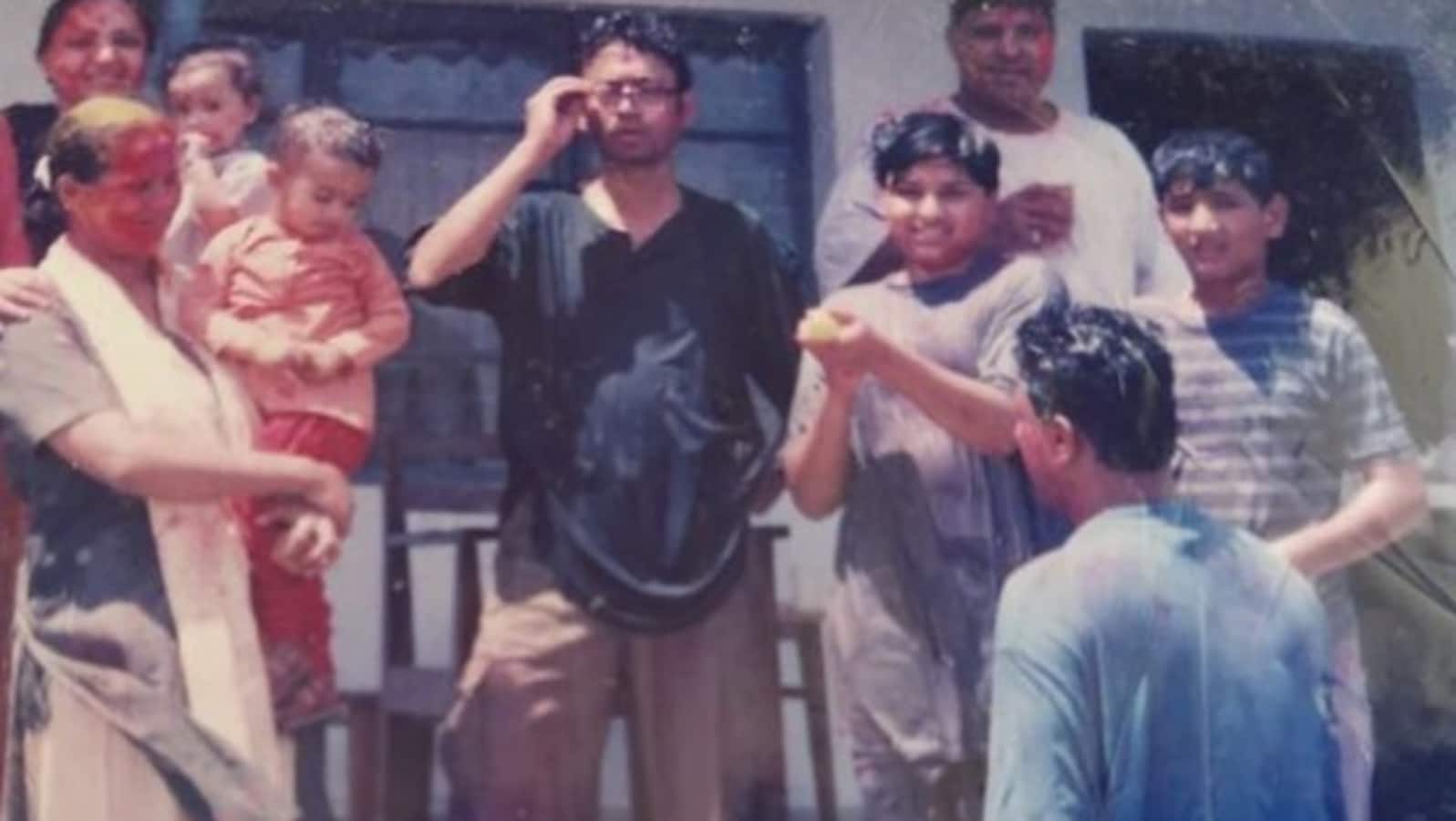 Late actor Irrfan Khan’s son Babil Khan on Saturday took a trip down memory lane and shared throwback pictures with his father. Taking to Instagram, he recalled the ‘best Holi celebrations’ of his life which were at the house of Jaansi Dhulia, the daughter of director Tigmanshu Dhulia. He captioned the post, “I remember the best holi celebrations of my life at Jaansi’s house.”

In the first, which is a candid picture, little Babil is seen standing and looking at something as Irrfan and Tigmanshu smile at him. In the second picture, Babil is seen perched in his mother Sutapa Sikdar’s arms with Irrfan standing next to them, posing for the camera. Several others, including Jaansi and Tigmanshu, are also seen in the picture. Most of them are seen smeared with colours and drenched in water.

Reacting to the post, actor Achint Kaur wrote, “Memories are all we have… splendid.” Fans also took to the comments section and showered love and compliments on Babil. He also responded to a few fans. One wrote, “asli HOLI beautiful memories ba”, to which he replied, “hahaha ASLI HOLI”. Another asked, “is this the shoot of paan Singh tomar” to which he responded, “no buddy, I wasn’t so small during Paan Singh”.

A fan commented, “Small cute and loveable. I always wait for ur posts.” Another said, “a proud son love you brother”. A third wrote, “Bhaiya you’re just staring everyone…And You Looking Cute.” A fourth said, “Oh such a lovely memory, you were cuteness loaded.”

Babil has been sharing old pictures of himself as well as his parents. Recently, he gave fans a glimpse of his childhood by dropping a photo. He also revealed that he is single in response to a question posed to him about the status of his relationship.

Last week, Babil shared a picture of young Irrfan and captioned the post, “Hey man, I am so lost. I can’t figure out who to trust. I doubt my self, you know? I’m insecure, I’m frightened by the prospect of a godless world. My mind is in war with my gut, I am hopelessly falling In love with attention, I am hopelessly heartbroken that it’s all for nothing.”

Also Read: Malavika Mohanan shares old pic: ‘Throwback to when my mother dressed me up as the flower emoji’

Earlier this year, Babil had announced his acting debut with Qala, a Netflix film. The film also stars Tripti Dimri. It has been produced by Anushka Sharma’s Clean Slate Filmz and directed by Anvitaa Dutt.

Irrfan died at the age of 54 on April 29 last year. He was diagnosed with a neuroendocrine tumour in 2018.

Denial of responsibility! TechiLive.in is an automatic aggregator around the global media. All the content are available free on Internet. We have just arranged it in one platform for educational purpose only. In each content, the hyperlink to the primary source is specified. All trademarks belong to their rightful owners, all materials to their authors. If you are the owner of the content and do not want us to publish your materials on our website, please contact us by email – admin@techilive.in. The content will be deleted within 24 hours.
babilbabil khanCelebrationsentertainment newsEntertainment updateHoliIrrfanIrrfan Khan
0
Share