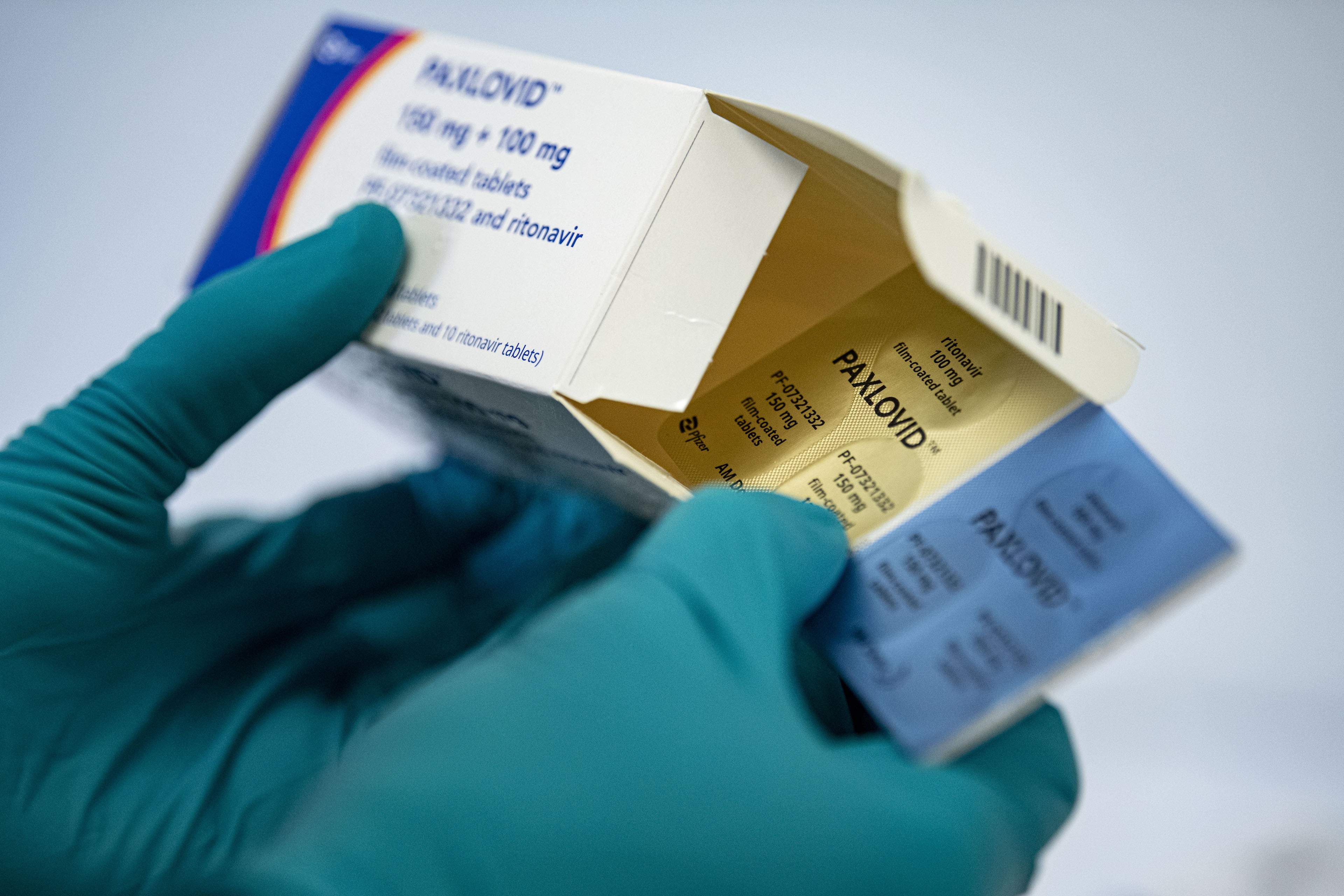 Is Paxlovid, the Covid Pill, Reaching Those Who Most Need It? The Government Won’t Say

As the nation largely abandons mask mandates, physical distancing, and other covid-19 prevention strategies, elected officials and health departments alike are now championing antiviral pills. But the federal government isn’t saying how many people have received these potentially lifesaving drugs or whether they’re being distributed equitably.

Pfizer’s Paxlovid pill, along with Merck’s molnupiravir, are aimed at preventing vulnerable patients with mild or moderate covid from becoming sicker or dying. More than 300 Americans still die from covid every day.

National supply counts, which the Biden administration has shared sporadically, aren’t the only data local health officials need to ensure their residents can access the treatments. Recent federal changes designed to let large pharmacy chains like CVS and Walgreens efficiently manage their supplies have had an unintended consequence: Now many public health workers are unable to see how many doses have been shipped to their communities or used. And they can’t tell whether the most vulnerable residents are filling prescriptions as often as their wealthier neighbors.

KHN has repeatedly asked Health and Human Services officials to share more detailed covid therapeutic data and to explain how it calculates utilization rates, but they have not shared even the total number of people who have gotten Paxlovid.

So far, the most detailed accounting has come from the drugmakers themselves. Pfizer CEO Albert Bourla reported on a recent earnings call that an estimated 79,000 people received Paxlovid during the week that ended April 22, up from 8,000 a week two months earlier.

Los Angeles County’s Department of Public Health has worked to ensure its 10 million residents, especially the most vulnerable, have access to treatment. When Paxlovid supply was limited in the winter, officials there made sure that pharmacies in hard-hit communities were well stocked, according to Dr. Seira Kurian, a regional health officer in the department. In April, the county launched its own telehealth service to assess residents for treatment free of charge, a model that avoids many of the hurdles that make treatment at for-profit pharmacy-based clinics difficult for uninsured, rural, or disabled patients to use.

But without federal data, they don’t know how many county residents have gotten the pills.

Real-time data would show whether a neighborhood is filling prescriptions as expected during a surge, or which communities public health workers should target for educational campaigns. Without access to the federal systems, Los Angeles County, which serves more residents than the health departments of 40 entire states, has to use the limited public inventory data that HHS publishes.

That dataset contains only a slice of information and in some cases shows months-old information. And because the data excludes certain types of providers, such as nursing homes and Veterans Health Administration facilities, county officials can’t tell if patients there have taken the pills.

Because so little data is available, Kurian’s team created its own survey, asking providers to report the ZIP codes of patients who have received the covid therapies. With the survey, it’s now easier to figure out which pharmacies and clinics need more supplies.

But not everyone completes it, she said: “Oftentimes, we have to still do some guesstimating.”

In Atlanta, staff at Good Samaritan Health Center would use detailed information to direct low-income patients to pharmacies with Paxlovid. Though the drug wasn’t readily available during the first omicron surge, the next one will be “a new frontier,” said Breanna Lathrop, the center’s chief operating officer.

Ideally, she said, her staff would be able to see “everything you need to know in one spot” — including which pharmacies have the pills in stock, when they’re open, and whether they offer home delivery. Student volunteers built the center a similar database for covid testing earlier in the pandemic.

Paxlovid and molnupiravir became available in the U.S. in late December. They have quickly become the go-to treatments for non-hospitalized patients, replacing nearly all the monoclonal antibody infusions, which are less effective against current covid strains.

Though the government doesn’t record Paxlovid use by race and ethnicity, researchers tracked those trends for the first-generation infusions.

Amy Feehan, co-author of a CDC-funded study and a clinical research scientist at Ochsner Health in Louisiana, found that Black and Hispanic patients with covid were significantly less likely than white and non-Hispanic patients to receive those initial outpatient treatments. Other researchers found that language difficulties, lack of transportation, and not knowing the treatments existed all contributed to the disparities. Feehan’s study, using data from 41 medical systems, found no large discrepancies for hospitalized patients, who didn’t have to seek out the drugs themselves.

Patients at Atlanta’s Good Samaritan Health Center often don’t know that if they get tested quickly they can receive treatment, Lathrop said. Some assume they don’t qualify or can’t afford it. Others wonder if the pills work or are safe. There are “just a lot of questions in people’s minds,” Lathrop said, about whether “it benefits them.”

When Dr. Jeffrey Klausner was a deputy officer at the San Francisco Department of Public Health, “our first priority was transparency and data sharing,” he said. “It’s important to build trust, and to engage with the community.” Now a professor at the University of Southern California, he said federal and state officials should share the data they have and also collect detailed information about patients receiving treatment — race, ethnicity, age, illness severity — so that they can correct for any inequities.

Public health officials and researchers who spoke with KHN said that HHS officials may not think the data is accurate or have adequate staff to analyze it. The head of HHS’ therapeutics distribution effort, Dr. Derek Eisnor, suggested as much during an April 27 meeting with state and local health officials. One local official asked the federal agency to share local numbers so they could increase outreach in communities with low usage. Eisnor responded that because HHS doesn’t require providers to say how much they use, the reporting “is kind of mediocre at best,” adding that he didn’t think it was his agency’s role to share that information.

Eisnor also said that state health departments should now be able to see local orders and usage from pharmacy chains like CVS, and that the agency hopes to soon release weekly national data online. But counties like Los Angeles — which has requested access to the federal systems with no success — still don’t have access to the data they need to focus outreach efforts or spot emerging disparities.

Spokesperson Tim Granholm said that HHS is looking into ways to share additional data with the public.

Recordings of the weekly meetings, in which HHS officials share updates about distribution plans and answer questions from public health workers, pharmacists, and clinicians, were posted online until March. HHS’ media office has since repeatedly declined to grant KHN access, saying “the recordings are not open to press.” That’s because HHS wants to encourage open conversation during the meetings, according to Granholm. He did not say what legal authority allows the department to bar media from the public meetings. KHN obtained the public records through Freedom of Information Act requests.

A senior White House official said that the Biden administration is attempting to collect accurate data on how many people receive Paxlovid and other treatments but said it doesn’t define success by how many people do so. Its focus, the official said, is on making sure the public knows treatments are available and that doctors and other providers understand which patients are eligible for them.

We still need to know where the pills are going, Feehan said. “We need that data as soon as humanly possible.”

Until then, Los Angeles County’s Kurian and her peers will keep “guesstimating” where residents need more help. “If someone can just give us a report that has that information,” she said, “of course, that makes it easier.”

Denial of responsibility! TechiLive.in is an automatic aggregator around the global media. All the content are available free on Internet. We have just arranged it in one platform for educational purpose only. In each content, the hyperlink to the primary source is specified. All trademarks belong to their rightful owners, all materials to their authors. If you are the owner of the content and do not want us to publish your materials on our website, please contact us by email – [email protected]. The content will be deleted within 24 hours.
CovidGovernmentHealth newsHealth updatenews updatePaxlovidPillReaching
Share