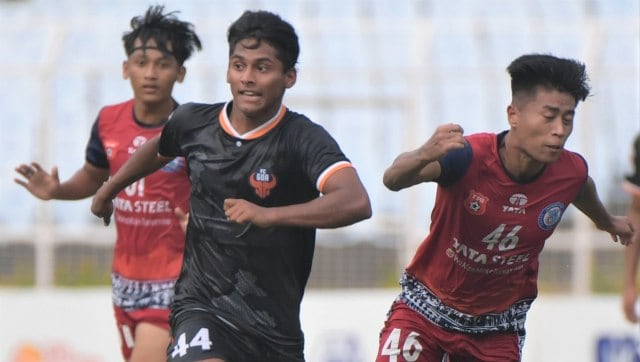 Here’s a look at the top five young Indian players who currently may not be household names, but are expected to leave a mark this ISL 2021-22 season.

Indian football and the Indian Super League (ISL) are blessed with a number of young local talents who have already made a name for themselves in the league and in international meetings.

Dheeraj Singh Moirangthem was the standout player for FC Goa in their debut AFC Champions League campaign. Suresh Singh Wangjam is already an India regular and Lalengmawia (Apuia) was recently signed by Mumbai City FC in a mega five-year deal.

These players — all of them 21 years of age — will once again set the league on fire in the upcoming season alongside some other talented Indian youngsters. Here’s a look at the top five young Indian players who currently may not be household names, but are expected to leave a mark this season:

The 19-year-old from Kozhikode is one of the most exciting talents that ISL will offer this season. The midfielder joined FC Goa on a four-year deal in 2020 and is a graduate of the Reliance Foundation Young Champs (RFYC). He trained at the Marcet High-Performance Academy in 2019 in Spain also played for the junior team of Barcelona-based club FE Grama.

He was part of the Goa team that won the Durand Cup in October and scored three goals in the tournament including a stunning chipped goal. The teenager may not get a lot of game time this season ahead of the senior players but certainly has the skills to make an impact from the bench.

The forward made a total of 11 appearances but only spent 98 minutes on the pitch across those matches. However, he could see a lot more game time this upcoming season after impressing with the India Under-23 side in the AFC U-23 Asian Cup Qualifiers. Also, the new regulation to play four foreigners instead of five will also favour Indian players. Vikram with his pace, ball control and knack for goal scoring could prove to be a highly useful player for Mumbai.

Another young Indian player who did very well in Asian Cup qualifiers is the ATK Mohun Bagan defender Deepak Tangri. The 22-year-old centre-back from Punjab who could also play as a defensive midfielder has an experience of 22 ISL matches. 17 of them came last season with Chennaiyin FC as he grew as a footballer.

Antonio Habas is known as a hard-nosed defensive coach whose tactics allow defensive players to thrive. Tangri could make a name for himself if he gets regular opportunities at Bagan this season.

Striker Devendra played 13 matches for Goa last season and also scored a goal. He also performed well for the club in the Champions League and followed it up with a highly successful campaign in the Durand Cup. He scored five goals in the tournament as Goa won the title in Kolkata.

More opportunities will come across Indian players this season, and if Devendra continues his steady growth, he could have a bigger impact on ISL this season.

Bidyashagar Singh Khangembam is all set to make his ISL debut this season after Bengaluru snapped him from I-league club TRAU FC. Bidyashagar was the Golden Boot winner for his previous club in the 2020-21 season of I-League.

The Southern club are heavily reliant on Sunil Chhetri for goals and that is one of the major reasons why they signed the young 23-year-old striker. He scored three goals for Bengaluru in eight Durand and AFC Cup matches. And could prove to be a massive signing for the club this season.

Denial of responsibility! TechiLive.in is an automatic aggregator around the global media. All the content are available free on Internet. We have just arranged it in one platform for educational purpose only. In each content, the hyperlink to the primary source is specified. All trademarks belong to their rightful owners, all materials to their authors. If you are the owner of the content and do not want us to publish your materials on our website, please contact us by email – [email protected]. The content will be deleted within 24 hours.
FirstpostforSportsIndianISLMuhammedNemilNewsnews update
Share

Buying a Black Friday laptop? These are the CPUs and GPUs to look for