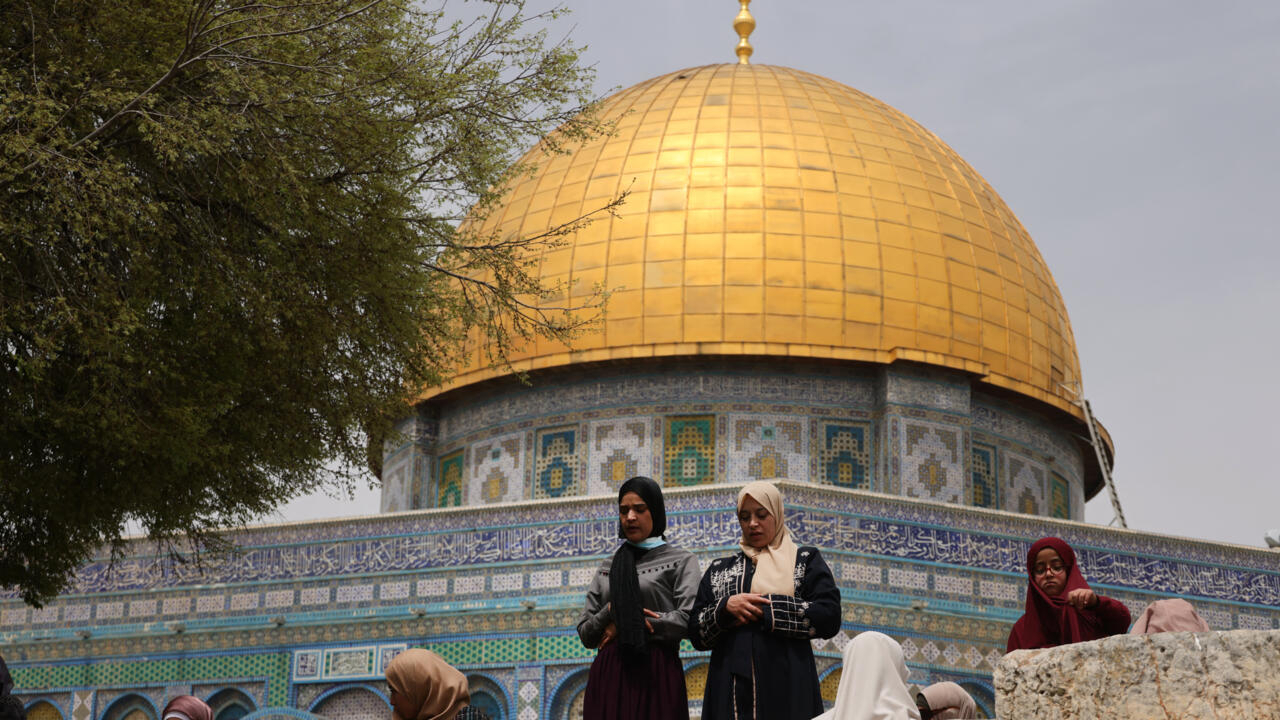 Israeli Foreign Minister Yair Lapid said Sunday that Israel was “committed” to the status quo at the flashpoint Jerusalem holy site at the heart of a recent wave of violence.

“Muslims pray on the Temple Mount, non-Muslims only visit,” Lapid said, using the Jewish term for the Al-Aqsa Mosque compound, the holiest place in Judaism and the third-holiest in Islam.

“There is no change, there will be no change — we have no plans to divide the Temple Mount between religions,” he told journalists.

Palestinian protestors have repeatedly clashed with Israeli riot police at the Al-Aqsa compound since the middle of the month, as the Muslim holy month of Ramadan coincided with Jewish Passover.

Those clashes have come against a backdrop of wider violence in Israel and the Palestinian territories that since late March has killed 38 people.

Attacks by Palestinians and Israeli Arabs have killed 14 people in Israel, while 24 Palestinians have been killed, including perpetrators of attacks and also in raids by Israeli security forces.

Palestinians have been angered by an uptick in Jewish visits to the Al-Aqsa compound in Israeli-annexed east Jerusalem, where by long-standing convention, Jews may visit but are not allowed to pray.

Palestinian officials and militants have repeatedly accused Israel of seeking to divide the site into Jewish and Muslim sections or visiting times, as with another sensitive holy site in nearby Hebron.

They have voiced anger at repeated incursions by Israeli security forces into the mosque compound.

But Lapid blamed renewed tensions at the site on “terrorists” trying to incite violence.

“Terrorist organisations have been trying to hijack the Al-Aqsa Mosque in order to create an outbreak of violence in Jerusalem and from there a violent conflict across the country,” he said.

He accused Islamist groups Hamas and Islamic Jihad of sending “extremists” with weapons and explosives to use the Al-Aqsa compound “as a base to incite violent riots”.

“They have done this to create a provocation, to force the Israeli police to enter the mosque and remove them,” he said.

“The only reason police have entered the mosque in recent weeks is to remove them.”

He also said Israel was committed to letting Muslims pray at the site, saying that hundreds of thousands had done so throughout Ramadan.

Violence in Jerusalem had sparked fears of another armed conflict similar to an 11-day war last year between Israel and militants who control the Palestinian enclave of Gaza.

Israel said Saturday it would close its only crossing from the Gaza Strip for workers in response to rocket fire from the besieged Palestinian territory, but stopped short of carrying out the usual retaliatory strikes, in an apparent bid to ease tensions.

Denial of responsibility! TechiLive.in is an automatic aggregator around the global media. All the content are available free on Internet. We have just arranged it in one platform for educational purpose only. In each content, the hyperlink to the primary source is specified. All trademarks belong to their rightful owners, all materials to their authors. If you are the owner of the content and do not want us to publish your materials on our website, please contact us by email – [email protected]. The content will be deleted within 24 hours.
AlAqsacommittedCompoundHealth newsHealth updateIsraelIsraeli-Palestinian conflictJerusalem
Share

Rohit Sharma needs to relax and perform with bat, can’t be worried about MI being 7-0: Matthew Hayden

Exit WhatsApp group privately, choose who can see you…