Notice: amp_is_available was called incorrectly. `amp_is_available()` (or `amp_is_request()`, formerly `is_amp_endpoint()`) was called too early and so it will not work properly. WordPress is currently doing the `pre_get_posts` hook. Calling this function before the `wp` action means it will not have access to `WP_Query` and the queried object to determine if it is an AMP response, thus neither the `amp_skip_post()` filter nor the AMP enabled toggle will be considered. It appears the theme with slug `publisher` is responsible; please contact the author. Please see Debugging in WordPress for more information. (This message was added in version 2.0.0.) in /home/runcloud/webapps/techilive/wp-includes/functions.php on line 5313
 Israel's anti-Netanyahu coalition sets its sights on parliamentary approval - TechiLive.in 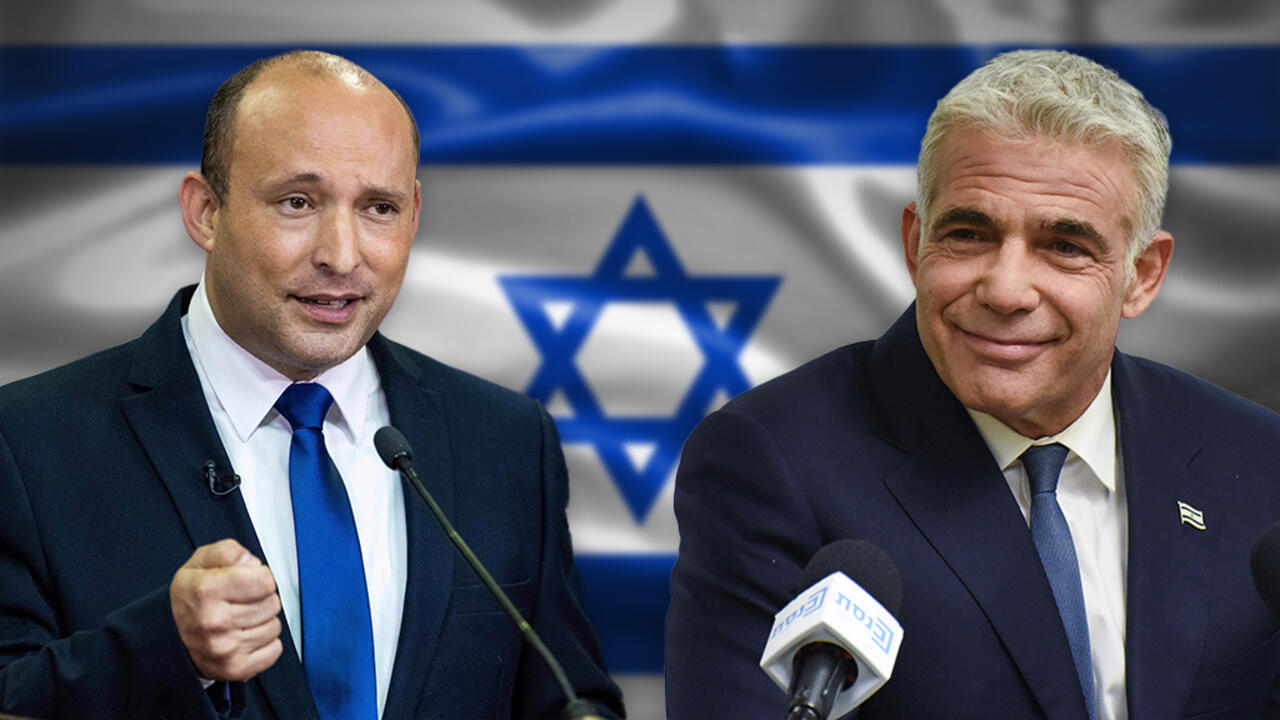 Opponents of Israeli Prime Minister Benjamin Netanyahu announced late Wednesday they had reached a deal to form a new governing coalition that would end his record-setting but divisive 12-year rule. But the agreement must still be approved by the Knesset, or parliament – if it is approved, opposition leader Yair Lapid and a diverse array of partners spanning the Israeli political spectrum will take the helm.

The required vote in the Knesset is expected to take place early next week. Netanyahu, desperate to remain in office while he fights corruption charges, is expected to do everything possible in the coming days to prevent the new coalition from taking power. If he fails, he will be pushed into the opposition.

The dramatic announcement by Lapid and his main coalition partner, Naftali Bennett, came shortly before a midnight deadline and prevented what could have been Israel’s fifth consecutive election in just over two years.

“This government will work for all the citizens of Israel, those that voted for it and those that didn’t. It will do everything to unite Israeli society,” Lapid said.

Under the agreement, Lapid and Bennett will split the job of prime minister in a rotation. Bennett, a former ally of Netanyahu, is to serve the first two years, while Lapid is to serve the final two years — though it is far from certain their fragile coalition will last that long.

The historic deal also includes a small Islamist party, the United Arab List, which would make it the first Arab party ever to be part of a governing coalition.

In the coming days, Netanyahu is expected to continue to put pressure on hard-liners in the emerging coalition to defect and join his religious and nationalist allies. Knesset Speaker Yariv Levin, a member of Netanyahu’s Likud party, may also use his influence to delay the required parliamentary vote. There was no immediate comment from Netanyahu or Likud.

Lapid called on Levin to convene the Knesset for the vote as soon as possible.

The deal comes at a tumultuous time for Israel, which fought an 11-day war against Hamas militants in the Gaza Strip last month while also experiencing mob violence between Jews and Arabs in cities across the country. The country also is emerging from a coronavirus crisis that caused deep economic damage and exposed tensions between the secular majority and the ultra-Orthodox minority.

Netanyahu has been the most dominant player in Israeli politics over the past three decades — serving as prime minister since 2009 in addition to an earlier term in the late 1990s.

Despite a long list of achievements, including last year’s groundbreaking diplomatic agreements with four Arab countries, he has become a polarizing figure since he was indicted on charges of fraud, breach of trust and accepting bribes in 2019.

Each of the past four elections was seen as a referendum on Netanyahu’s fitness to rule. And each ended in deadlock, with both Netanyahu’s supporters as well as his secular, Arab and dovish opponents falling short of a majority. A unity government formed with his main rival last year collapsed after just six months.

The new deal required a reshuffling of the Israeli political constellation. Three of the parties are led by hard-line former Netanyahu allies who had personal feuds with him, while the United Arab List made history as a kingmaker, using its leverage to seek benefits for the country’s Arab minority.

“This is the first time an Arab party is a partner in the formation of a government,” said the party’s leader, Mansour Abbas. “This agreement has a lot of things for the benefit of Arab society, and Israeli society in general.”

A historic photo: a Palestinian Islamist,
a religious ultra nationalist and a secular two stater agree to work together. pic.twitter.com/4RhI82PyB1


Among the concessions secured by Abbas were agreements for legal recognition of Bedouin villages in southern Israel, an economic plan for investing 30 billion shekels ($9.2 billion) in Arab towns and cities, and a five-year plan for combating violent crime in Arab communities, according to Army Radio.

But he and Netanyahu did not get along, and the coalition quickly crumbled. Yesh Atid has been in the opposition since 2015 elections. The party is popular with secular, middle-class voters and has been critical of Netanyahu’s close ties with ultra-Orthodox parties and said the prime minister should step down while on trial for corruption charges.

The ultra-Orthodox parties have long used their outsize political power to secure generous budgets for their religious institutions and exemptions from compulsory military service. The refusal of many ultra-Orthodox Jews to obey coronavirus safety restrictions last year added to widespread resentment against them.

Bennett, 49, is a former top aide to Netanyahu whose small Yamina party caters to religious and nationalist hard-liners. Bennett was a successful high-tech entrepreneur and leader of the West Bank settler movement before entering politics.

In order to secure the required parliamentary majority, Lapid had to bring together eight parties that have little in common.

Their partners include a pair of dovish, left-wing parties that support Palestinian independence and three hard-line parties that oppose major concessions to the Palestinians and support West Bank settlements. Lapid’s Yesh Atid and Blue and White, a centrist party headed by Defense Minister Benny Gantz, and the United Arab List are the remaining members.

The coalition members hope their shared animosity toward Netanyahu will provide enough incentive to find some common ground.

“Today, we succeeded. We made history,” said Merav Michaeli, leader of the dovish Labor Party.

The negotiations went down to the wire, with Labor and Yamina feuding over the makeup of a parliamentary committee.

Earlier this week, when Bennett said he would join the coalition talks, he said that everyone would have to compromise and give up parts of their dreams.

In order to form a government, a party leader must secure the support of a 61-seat majority in the 120-seat parliament. Because no single party controls a majority on its own, coalitions are usually built with smaller partners. Thirteen parties of various sizes are in the current parliament.

As leader of the largest party, Netanyahu was given the first opportunity by the country’s figurehead president to form a coalition. But he was unable to secure a majority with his traditional religious and nationalist allies.

After Netanyahu’s failure to form a government, Lapid was then given four weeks to cobble together a coalition. That window was set to expire at midnight.

Lapid already faced a difficult challenge bringing together such a disparate group of partners. But then war broke out with Hamas militants in the Gaza Strip on May 10. The fighting, along with the eruption of Arab-Jewish mob violence in Israeli cities during the war, put the coalition talks on hold.

But after a cease-fire was reached on May 21, the negotiations resumed, and Lapid raced to sew up a deal. He reached a breakthrough on Sunday when Bennett agreed to join the opposition coalition.

Denial of responsibility! TechiLive.in is an automatic aggregator around the global media. All the content are available free on Internet. We have just arranged it in one platform for educational purpose only. In each content, the hyperlink to the primary source is specified. All trademarks belong to their rightful owners, all materials to their authors. If you are the owner of the content and do not want us to publish your materials on our website, please contact us by email – admin@techilive.in. The content will be deleted within 24 hours.
antiNetanyahuApprovalbenjamin netanyahuCoalitionHealth newsHealth updateIsraelIsraeli politics
0
Share

Real-Estate Sales Are Booming. The Rental Market Is Following Suit.