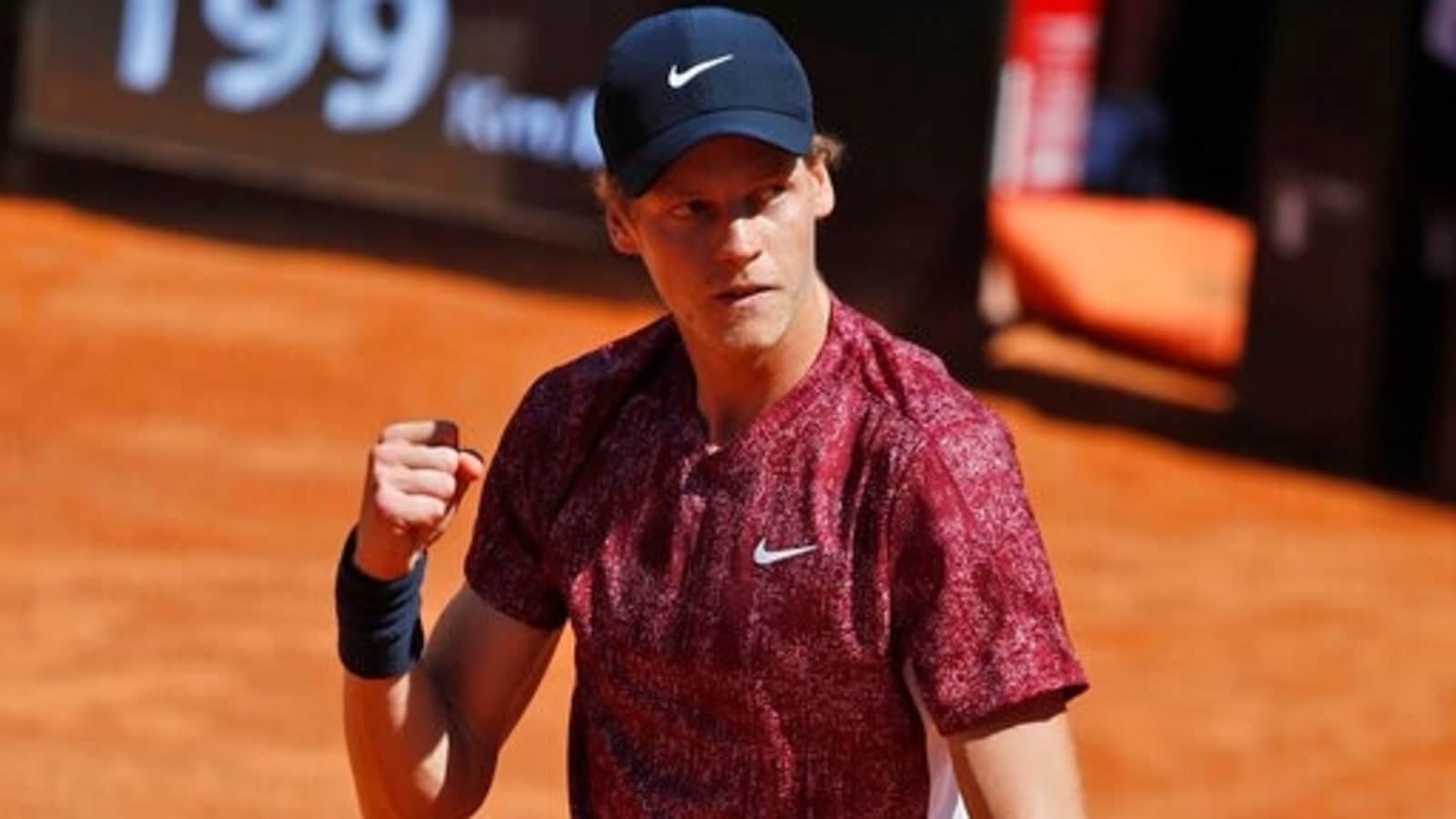 Jannik Sinner is just as comfortable on the hard courts of Miami as he is on the red clay of Rome, where he’s scheduled to face Rafael Nadal on Wednesday.

And Matteo “The Hammer” Berrettini has one of the biggest serve-forehand combinations in tennis.

The Italian men that are starting to crowd the ATP’s Top 100 — there are currently 10 ranked that high, a national record that arrives just in time for this week’s Italian Open — are all-court players.

That’s a major shift for a country once known for producing clay-court specialists. And one that has not had a men’s Grand Slam singles champion in 45 years — since Adriano Panatta at the 1976 French Open (Italy’s women have been more successful, including Francesca Schiavone’s championship at Roland Garros in 2010 and Flavia Pennetta’s at the U.S. Open in 2015).

“We’re trying to change the identity of our players,” said Filippo Volandri, Italy’s Davis Cup captain. “We’re training for modern tennis. That’s why we have players who don’t seem Italian’ in terms of their technical style.”

Italy’s federation has relied heavily on statistical advisors to move on from the days of standing far behind the baseline, favoring long rallies and rarely dangerous serves.

“That’s where our resources are going and that’s why everyone has changed.”

The first joint “projects” began at an early age with Berrettini, who has been coached by Vincenzo Santopadre since age 14, and with Sonego, who has been with Gipo Arbino since 11.

Work with Musetti’s team, including training in Terrenia, began before he won the 2019 Australian Open boys’ title.

“We’re all advisors available to the players and their coaches and teams. That’s the big change in mentality that the federation made,” Volandri said.

It’s a big departure from just a generation ago, when Volandri himself was Italy’s top player, reaching a career-high ranking of No. 25 in 2007.

“If you had a private setup, then that’s all you had. You could train at Tirrenia, but there was no collaboration,” he said.

The facility in Tirrenia has more hard courts (seven) than clay courts (four), and the federation even sets up a grass court for its players to prepare for Wimbledon.

Nicola Pietrangeli, the 1959 and 1960 French Open champion and the only Italian man other than Panatta to win a major singles title, recalled how practice was confined almost exclusively to clay courts in his day.

“Back then, I would arrive in London and have one day to practice on grass,” Pietrangeli said.

“It allows a lot of players to compete without having to travel all over the world, which helps them financially,” Volandri said.

With Sinner, at least, the ultimate goal of producing a player capable of winning Grand Slam titles is starting to seem realistic.

Take it from top-ranked Novak Djokovic, who had this to say after beating Sinner at the Monte Carlo Masters last month: “He’s an all-around player. He hits the ball in the sweet spot more or less on any surface. He’s the future of our sport. Actually, he’s already the present of our sport.” (AP) APA APA

Denial of responsibility! TechiLive.in is an automatic aggregator around the global media. All the content are available free on Internet. We have just arranged it in one platform for educational purpose only. In each content, the hyperlink to the primary source is specified. All trademarks belong to their rightful owners, all materials to their authors. If you are the owner of the content and do not want us to publish your materials on our website, please contact us by email – admin@techilive.in. The content will be deleted within 24 hours.
allcourtGroupItalysJannik Sinnerlorenzo musettimalematteo berrettininews update
0
Share