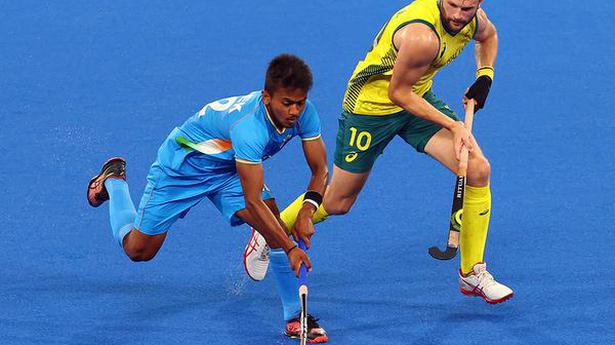 The Indian men’s hockey team midfielder Vivek Sagar Prasad said it felt surreal to be nominated for the FIH Rising Star of the Year Award for the second time in his career, having already claimed the honour in the 2019-20 season.

Vivek was part of the team’s bronze medal winning feat at the Tokyo Olympics earlier this month.

“I never imagined this would happen again. It’s a surreal feeling to have been nominated for the second time in the same category (FIH Rising Star of the Year Awards),” Vivek, who is one of the six nominated players, said in a release issued by Hockey India.

“I got to know this late in the night when I saw texts from my friends congratulating me.

“To be honest, it’s really overwhelming.”

The Indian hockey contingent made the shortlist of all the categories of FIH Awards 2020-21.

The 21-year-old, who played a vital role in the campaign, credited the seniors. “It’s the result of teamwork and the support of senior players.

“Since my debut, the seniors have been the biggest source of motivation,” he said.

“They have helped me play my natural game without any fear or pressure.

“That is the biggest reason why I could win the 2019 FIH Rising Star of the Year Award and also stand a chance to win the accolade for the second time.”

Vivek added that the feeling of winning an Olympic bronze “hasn’t really sunk in yet”. “I still can’t believe I was part of the Olympic medal-winning team.

“It’s a dream of every athlete and I am really blessed to be able to live this dream at the age of 21.

“However, we also need to realise that this is just the beginning and there’s still a lot of room for improvement. We have raised the bar and we have to do even better.

“There will be more challenges ahead and we need to be fully prepared for whatever comes our way.”

Denial of responsibility! TechiLive.in is an automatic aggregator around the global media. All the content are available free on Internet. We have just arranged it in one platform for educational purpose only. In each content, the hyperlink to the primary source is specified. All trademarks belong to their rightful owners, all materials to their authors. If you are the owner of the content and do not want us to publish your materials on our website, please contact us by email – [email protected]. The content will be deleted within 24 hours.
FeelingFIH awardFIH Rising Star of the Yearnews updatesports newssports updatesurrealtechi live
Share