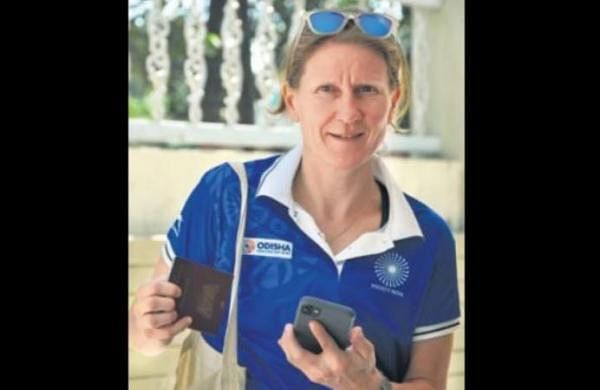 CHENNAI:  The next time the women’s hockey team will play a competitive match, they will have a new chief coach in the dugout. But it’s someone they have already built a rapport with. Janneke Schopman, who came in as the side’s analytical coach last January, has been promoted after she came back from the US following a short break.

It’s never easy for somebody new to replace a respected outgoing chief coach. Even if Schopman is a familiar face, the first sort of challenge for her is to lay down her vision on the team. Even if she partly shies away from answering that question — “that’s a difficult question, or it’s a long answer,” is her response — she elaborates a bit on what she expects out of the team going forward. “In short,” she says, “my vision is to use the incredible potential that India has in the women’s team and become this team that we saw at the Olympics during the latter phase. We can have a combination of hard work, skill, attacking play and defending relentlessly.” One thing, though, seems to be non-negotiable. “Playing till the whistle goes and see where it takes us.” It’s a phrase she uses several times.

It was one of the main non-negotiables instilled in the team by predecessor Sjoerd Marijne and it has helped them punch above their weight. Having come into the Olympics as the third-lowest ranked team in the 12-team event, they finished fourth. The 44-year-old coach, whose decorated career includes two Olympic medals, three World Cup medals and seven Champions Trophy medals, doesn’t want the Olympics to become a one off. “I feel like we are well on our way but there is so much room to improve… to become this team that can challenge the top four teams in the world. I think India has the potential, there is lots of talent. It’s just a matter of staying as a team and fighting as hard as we can using our talent and skill that I know we have.”

There will be ample opportunities for the new coach and her wards to ‘show that skill and talent’. Next year is going to be important considering the World Cup year as well as the Asian Games. Schopman calls it “an interesting year”. “The upcoming year is very interesting with lots of big tournaments coming up,” she says.

“As a player, you don’t want anything other than playing games. For this team, I think it’s more important to play games under pressure in these environments than anything else. We played eight games in the Olympics… this environment of pressure and performance where the world is watching, it’s important, it’s exciting. We are ready to keep growing and learning, ready to show what we can do. It doesn’t matter what stage that is, we all know how important these tournaments are, the ones coming up. But for me… can every player individually and as a team show what we are made of, can we play to our potential. My strong belief is if we do these things, then we can compete with most countries in the world.”
Her belief will be put to the test in 2022.

Denial of responsibility! TechiLive.in is an automatic aggregator around the global media. All the content are available free on Internet. We have just arranged it in one platform for educational purpose only. In each content, the hyperlink to the primary source is specified. All trademarks belong to their rightful owners, all materials to their authors. If you are the owner of the content and do not want us to publish your materials on our website, please contact us by email – [email protected]. The content will be deleted within 24 hours.
CoachGameshockeyJanneke Schopmannews updatePlayPressureRani
Share