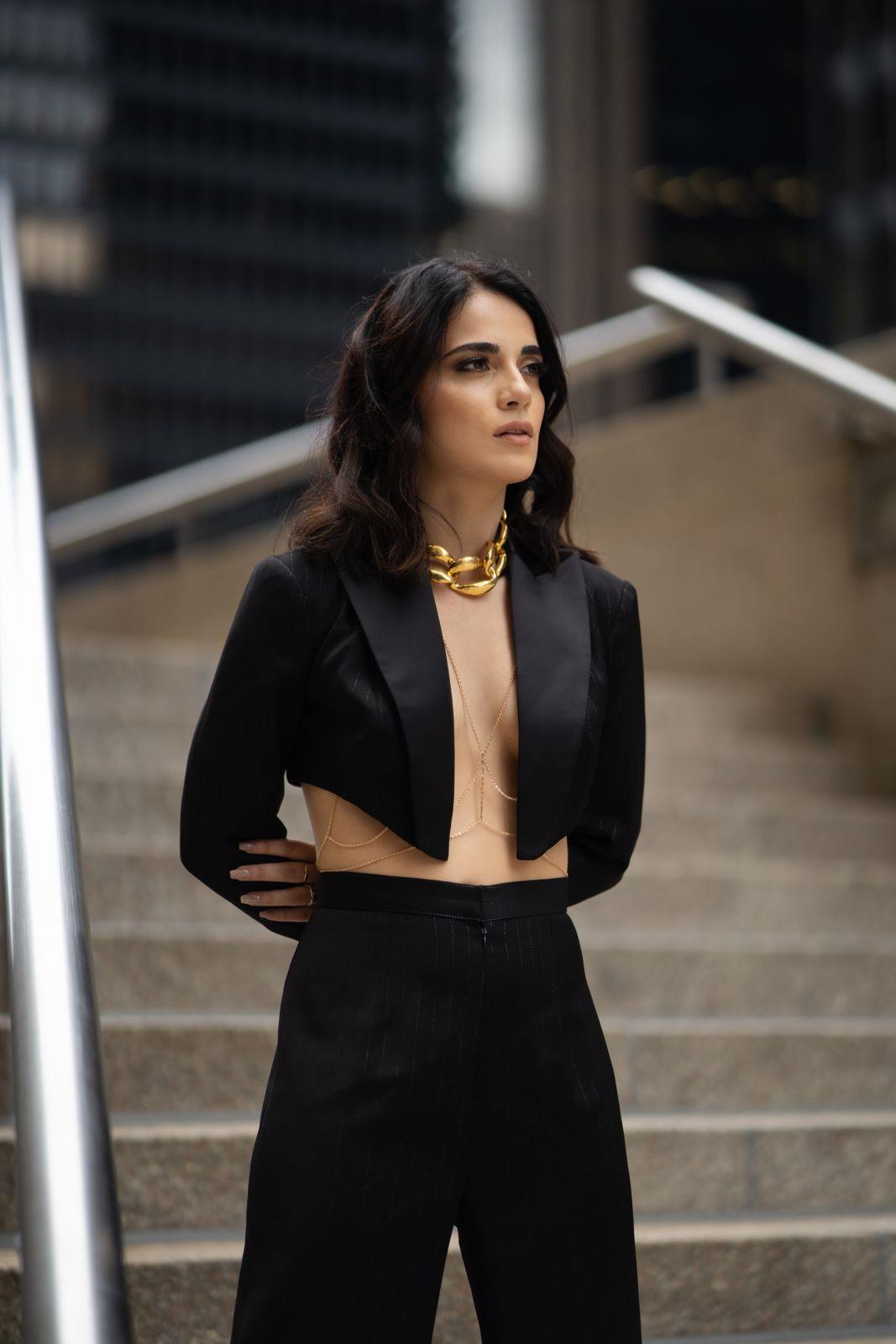 After making a global impression with her second film at the TIFF, Radhika Madan dives straight into her upcoming project as the actress visited Maddock Films’ office instantly after arriving from Canada.

Representing India with her film ‘Kacchey Limbu’, Radhika Madan earned praises and appreciation for her remarkable performance in the film.

Leaving no time for a break, the actress landed in Mumbai and drove straight to Maddock Films for her recently announced film.

Adding to her exciting list of projects, Radhika Madan announced her upcoming film with Maddock Films titled ‘Happy Teacher’s Day’, earlier this month. Radhika is soon expected to begin shoot for the film, marking her fourth association with Maddock.

In addition to the Indian theatrical release of Kachhey Limbu, Radhika will also soon be seen in Asmaan Bharadwaj’s Kuttey with Arjun Kapoor, Tabu, Naseeruddin Shah, Konkana Sen Sharma, amongst others.

She will also be seen in the upcoming Homi Adajania directorial that was wrapped earlier this year. Leading the daring story by Sudhanshu Saria in Sanaa, Radhika Madan will put forth yet another aspect of her versatility.

Denial of responsibility! TechiLive.in is an automatic aggregator around the global media. All the content are available free on Internet. We have just arranged it in one platform for educational purpose only. In each content, the hyperlink to the primary source is specified. All trademarks belong to their rightful owners, all materials to their authors. If you are the owner of the content and do not want us to publish your materials on our website, please contact us by email – [email protected]. The content will be deleted within 24 hours.
entertainment newsEntertainment updatefilmsheadsMadanMaddocknews updateRadhika
Share

Donating Portion of Your Liver to Someone in Need Is Safe, Life-Saving: Study

Inside The Online Community Where Home-Schoolers Learn How…

Adani confident of FPO sailing through; SEBI, other…