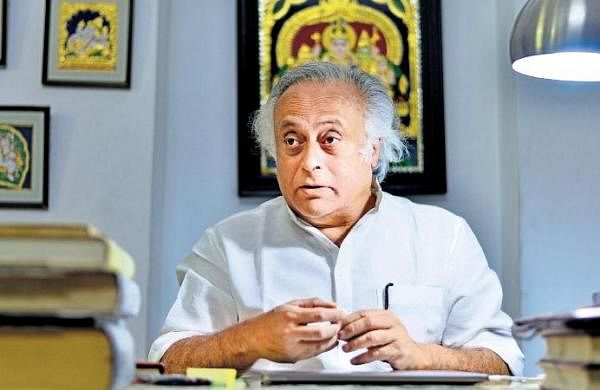 Jairam Ramesh interview: Journey of the enlightened one

You first mentioned Edwin Arnold’s The Light of Asia in an article in 2000. So what took this book two decades?

Well, the idea has been on my mind for very long. Meanwhile, I got immersed in writing political biographies and other books. Moreover, for almost 10 years being in government, I had little time for archival research and writing. So in some ways, I have to thank being in the Opposition for giving me more time to think, dig and write.

The book was very well received. And this, during the reign of the British. What prompted such acclaim?

It clearly filled a deep need. On both sides of the Atlantic there was great interest in this pre-Christ, Christ-like figure of the Buddha who seemed to have answers to the glorious uncertainties of life in the midst of prosperity. There was growing disenchantment with organised religion epitomised by the Church. The Buddha was seen to be offering a new philosophy of personal ethics and morality without dogma or intolerance.

Do you think the support the book received from the likes of Gandhi, Nehru, Sarojini Naidu, CV Raman and more, aided in its lasting popularity?

Yes, without doubt. But, remember, that translations into Bengali, Marathi, Tamil, Malayalam and Telugu had appeared even before its discovery by Gandhi, Nehru and the others. Before Gandhi, there was Vivekananda, for instance. Tagore, too. English-speaking Indians were drawn to it first and thereafter the Indian language translations started getting published. Also Arnold’s translations of the Gitagovinda and Hitopadesha had earned him plaudits in the English-speaking world before 1879. I also believe that the Theosophical Society did much to popularise the book across the world.

In your view, was Dr Ambedkar influenced by the book?

I am not sure of “influenced” in the sense Tagore, Gandhi and Nehru were, but he had at least two copies in his personal libarary. Dharmanand Kosambi, who had a great influence on Ambedkar, was fascinated by the book, as were Sayaji Rao Gaekwad and Krishnaji Arjun Keluskar—the two early mentors of Dr Ambedkar. They were ardent admirers of Arnold, both for the The Light of Asia and for The Song Celestial, a translation of the Bhagavad Gita.

Arnold did have an impact, by their own admission, on many well-known writers—Leo Tolstoy, Rudyard Kipling, James Joyce, Lawrence, Eliot, Jorge Luis Borges, to name a few.

Why did Arnold not consider his translation of the Gita a part of his Oriental Trilogy?

That is perhaps because in the 19th century the Bhagavad Gita had not yet acquired the hallowed status it later came to have. The scholar Prathama Banerjee has written about this and I have quoted her work as well. But as it turned out The Song Celestial became an iconic text in the Indian freedom movement entirely because of Mahatma Gandhi who had been introduced to it in London around 1890 and for whom it became an abiding favourite all his life.

The Light of Asia opened the floodgates to many books on the Buddha. Did any subsequent work surpass the popularity of the original one?

I don’t think any non-academic, non-scholarly book on the Buddha over the past century-and-a-half has had the popularity, impact and appeal of The Light of Asia. Hermann Hesse’s Siddhartha comes close but in terms of translations across the world, it just doesn’t compare with Arnold’s epic poem.

How did the Buddha evoke such an interest—from the stage to the screen? Was it the usual pull of mysticism and love for the exotic East?

Yes, there was the pull of mysticism no doubt. But there were many factors at work. I have tried to uncover the same drawing largely on the works of previous scholars, such as Philip Almond’s 1988 book The British Discovery of Buddhism and Jeffrey Franklin’s 2009 book The Lotus and the Lion were landmarks. Buddha continues to fascinate because he became the Buddha by not following a Buddha! ‘Deed not creed’ was the quintessence of what he preached and that accounts for his everlasting pull.

Will the mystery of the Lall-Vakh translations ever be solved?

Sadly, not. It is a mystery that I have drawn attention to. I tried my best to resolve it, but failed. But it certainly adds to Arnold’s mystique, does it not?

Arnold’s descendants live in near-obscurity in the City of Begums today. Do they have any inkling of Arnold’s achievement?

They certainly have memories. They have some old books and a couple of photographs. But I found it absolutely amazing that some of his great-grandchildren are living in Bhopal with such wonderfully syncretic names like Mohammed Michael Arnold, Firoz Arnold, Nahid Arnold Ali, Farzana Arnold Siddiqui and Fozia Arnold Raza.

Denial of responsibility! TechiLive.in is an automatic aggregator around the global media. All the content are available free on Internet. We have just arranged it in one platform for educational purpose only. In each content, the hyperlink to the primary source is specified. All trademarks belong to their rightful owners, all materials to their authors. If you are the owner of the content and do not want us to publish your materials on our website, please contact us by email – [email protected]. The content will be deleted within 24 hours.
BuddhaenlightenedinterviewJairamjairam rameshJairam Ramesh interviewJourneylifestyle news
Share