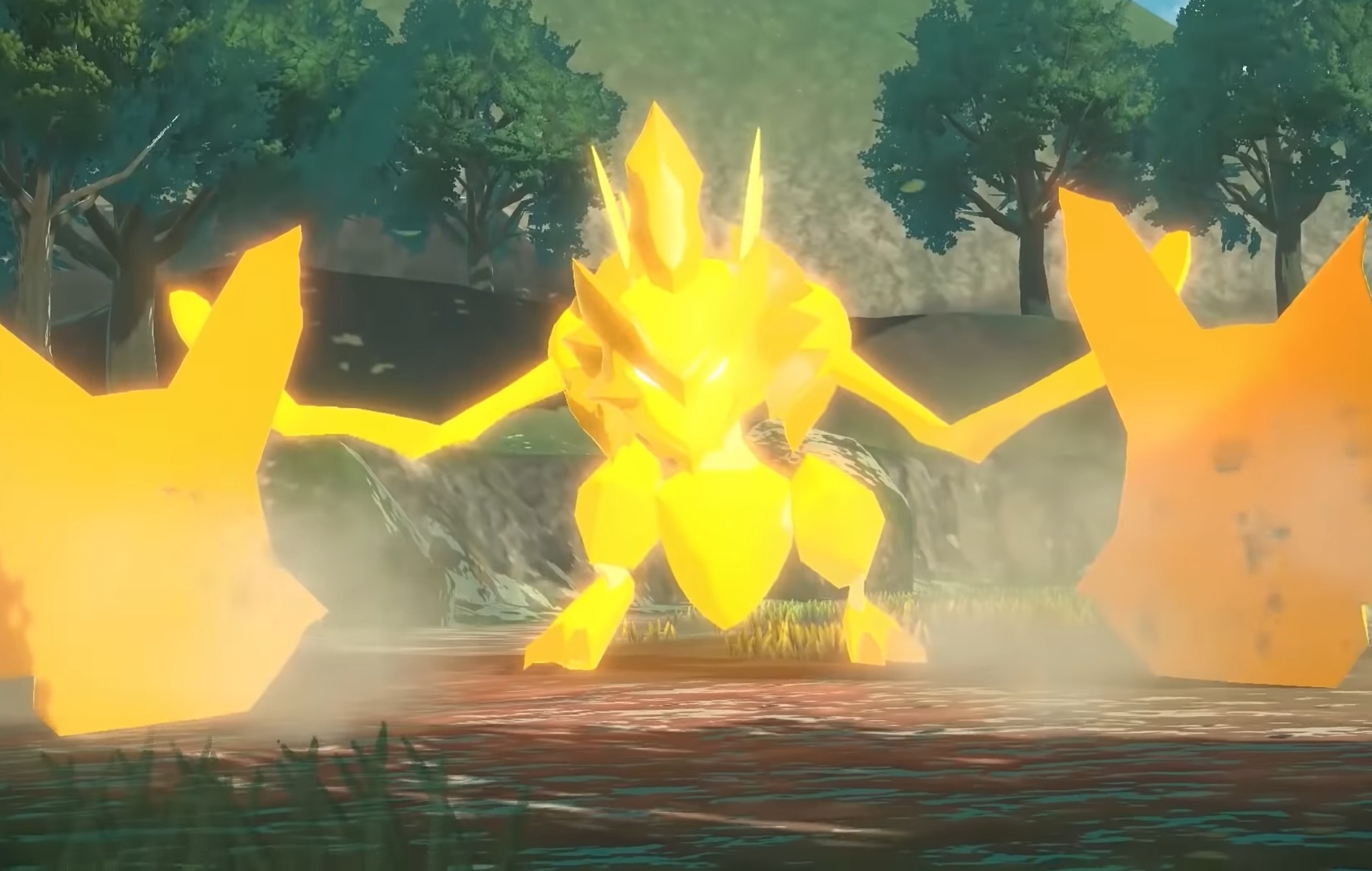 A new Japanese trailer for the upcoming Pokemon Legends: Arceus has given an overview of the new gameplay mechanics coming to the series.

The six-minute-long trailer, which you can watch below, begins with footage of Pokemon such as Purugly, Turtwig and Magikarp roaming in the new Pokémon world of Hisue, an ancient version of the Sinnoh region from Pokémon Brilliant Diamond and Shining Pearl.

The trailer goes on to show players stalking in the tall grass, sneaking up on a Shinx, in an attempt to catch it. Pokémon Legends: Arceus will see players swap the turn-based combat the game is known for, for this more action-oriented mechanic.

We then get a brief glimpse of Pokémon Legends: Arceus equivalent of a PokeDex, which combines Pokemon from across various regions, such as Cyndaquil from Johto, and Oshawot from Unova.

Pokémon that can’t be caught simply by stalking them will have to be battled and weakened before they are caught. Hisuian Growlithe, a regional variant of the much-loved fire dog from the Kanto region, can be seen in the footage.

Larger Pokémon, which will serve as boss-fights, will require special items before they can be caught.

We also know from the previous trailers that the game won’t feature traditional gyms, instead, the game will have a focus on capturing Pokémon, doing so will grant players access to later areas of the game.

It’s likely that we’ll get an English version of this trailer soon, in which all of the items and text will be localised, but it has yet to be published at the time of writing.

Elsewhere, Red Dead Online has shared details of its latest update, however, the announcement has been met with anger by frustrated fans who feel Rockstar has “abandoned” the game.

Denial of responsibility! TechiLive.in is an automatic aggregator around the global media. All the content are available free on Internet. We have just arranged it in one platform for educational purpose only. In each content, the hyperlink to the primary source is specified. All trademarks belong to their rightful owners, all materials to their authors. If you are the owner of the content and do not want us to publish your materials on our website, please contact us by email – [email protected]. The content will be deleted within 24 hours.
agmeupdateArceusFeaturesGames newsgamingGaming updateJapaneseLegends
Share

Who are the favourites and outside bets to win CAN-22?

Germany proposes new path to residency, work for migrants in…

Vidharth to play a cop in his next by filmmaker Manimaran…

Volatility and gambling reform toughen the odds for 888 bond…