Notice: amp_is_available was called incorrectly. `amp_is_available()` (or `amp_is_request()`, formerly `is_amp_endpoint()`) was called too early and so it will not work properly. WordPress is currently doing the `pre_get_posts` hook. Calling this function before the `wp` action means it will not have access to `WP_Query` and the queried object to determine if it is an AMP response, thus neither the `amp_skip_post()` filter nor the AMP enabled toggle will be considered. It appears the theme with slug `publisher` is responsible; please contact the author. Please see Debugging in WordPress for more information. (This message was added in version 2.0.0.) in /home/runcloud/webapps/techilive/wp-includes/functions.php on line 5313
 JEE Main, NEET 2021: Education Ministry to review situation to decide on exams - TechiLive.in 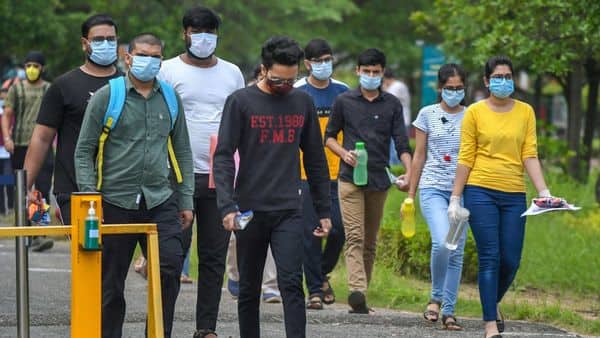 The Ministry of Education will soon review the situation to decide on conducting the two remaining editions of engineering entrance exams JEE-Mains and medical entrance exam NEET in August, sources said on Wednesday.

“A review meeting is likely to be conducted soon to decide on schedule of the pending editions of JEE-Mains and whether NEET-UG can be conducted on August 1,” a source said.

The cancellation of class 12 board exams on Tuesday in view of the COVID-19 pandemic situation will bring more clarity and the schedule for the subsequent entrance examinations is expected to be decided soon.

From this session, the JEE-Mains is being conducted four times a year to offer flexibility to students and a chance to improve their scores. The first phase in February was followed by the second in March, while the next phases were scheduled for April and May.

But they were postponed after an exponential rise in Covid cases during the second wave of the pandemic.

While no further decision was taken about NEET-UG, the registration of the exam which was supposed to commence from May 1, was kept in abeyance.

The ministry is also yet to decide on the fate of the Central University Common Entrance Test (CUCET) and a decision in this regard is expected after the CBSE announces its alternative assessment criteria for class 12 boards.

The government on Tuesday decided to cancel the CBSE Class 12 board exams amid the continuing COVID-19 pandemic across the country with Prime Minister Narendra Modi asserting that the decision has been taken in the interest of students and the anxiety among students, parents and teachers must be put to an end.

The decision was taken at a high-level meeting chaired by Modi in which it was decided that the CBSE will take steps to compile the results of Class 12 students as per well-defined objective criteria in a time-bound manner.

While the alternative assessment criteria for the exams has not been finalised by the board yet, officials said, it is expected to be on similar lines as announced for Class 10 which took into account the performance of a student in various tests and exams through the year.

It was also decided in the meeting that in case some students desire to take the exams, such an option would be provided to them by the Central Board of Secondary Education (CBSE), as and when the situation becomes conducive.

Loading...
Denial of responsibility! TechiLive.in is an automatic aggregator around the global media. All the content are available free on Internet. We have just arranged it in one platform for educational purpose only. In each content, the hyperlink to the primary source is specified. All trademarks belong to their rightful owners, all materials to their authors. If you are the owner of the content and do not want us to publish your materials on our website, please contact us by email – admin@techilive.in. The content will be deleted within 24 hours.
Decideeducationeducation ministryEducation newsEducation updateengineering entrance examsexamsJEE
0
Share