Notice: amp_is_available was called incorrectly. `amp_is_available()` (or `amp_is_request()`, formerly `is_amp_endpoint()`) was called too early and so it will not work properly. WordPress is currently doing the `pre_get_posts` hook. Calling this function before the `wp` action means it will not have access to `WP_Query` and the queried object to determine if it is an AMP response, thus neither the `amp_skip_post()` filter nor the AMP enabled toggle will be considered. It appears the theme with slug `publisher` is responsible; please contact the author. Please see Debugging in WordPress for more information. (This message was added in version 2.0.0.) in /home/runcloud/webapps/techilive/wp-includes/functions.php on line 5313
 Jessica, is that you? Chastain turns heads with 'Eyes of Tammy Faye' trailer - TechiLive.in 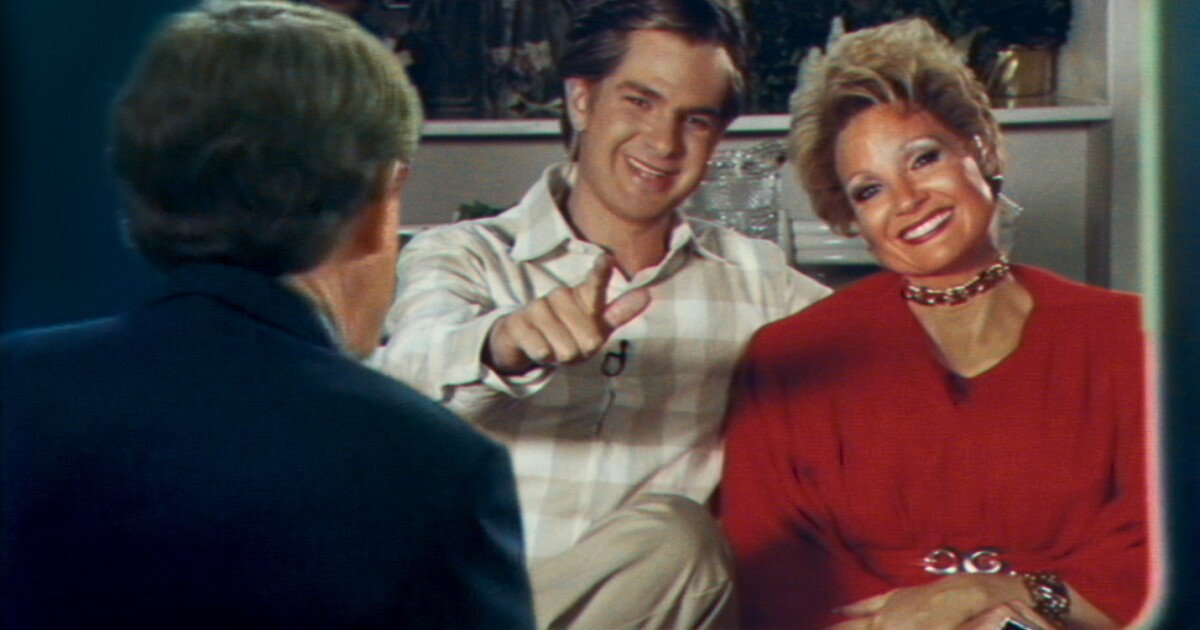 Jessica, is that you? Chastain turns heads with ‘Eyes of Tammy Faye’ trailer

Televangelists Jim Bakker and Tammy Faye Bakker have returned to the screen — sort of.

Searchlight Pictures released the flashy trailer Wednesday for “The Eyes of Tammy Faye,” an upcoming biopic from director Michael Showalter. The film will chronicle the glittering and turbulent journey of its late titular celebrity Christian, played by an often unrecognizable Jessica Chastain.

“It’s all part of our mission to help people,” Chastain’s Tammy Faye says at the top of the highly saturated preview. “Anyone who’s hurting, or they feel like they’ve been left out. God has a plan for us.”

Starring opposite Chastain in the period drama is fellow Oscar nominee Andrew Garfield as Jim Bakker, whose noble Christian values inevitably begin to wane as he becomes increasingly motivated by power and greed — much to his idealistic wife’s inner turmoil.

“We’re not doing anything wrong, though,” Chastain’s Tammy Faye muses while wringing her hands inside their opulent bedroom.

“Is that a question?” Garfield’s Jim replies.

Throughout the trailer, Tammy Faye wrestles with her husband’s heavily publicized downfall while desperately clinging to her moral principles — even when other prominent members of her faith disagree.

“Faith isn’t political,” she remarks in response to pastor Jerry Falwell’s (Vincent D’Onofrio) homophobic views. Before she died in 2007 from cancer, Tammy Faye was considered an LGBTQ ally and raised awareness of the HIV/AIDS crisis.

“Some people, they’re just hurting so bad, and we just need to love them,” she says, her face coated in her signature thick mascara, eye shadow, lipstick and bronzer. “I won’t go forward looking in the rearview mirror of my life. This is who I am.”

The dramatic preview also teases the legal fallout from the couple’s religious exploits, which resulted in Jim Bakker being sentenced to 45 years in prison after he was arrested on several counts of fraud and conspiracy tied to his and Tammy Faye’s popular TV program, “The PTL Club.”

“I built you an empire,” Jim barks at his wife mid-spiral.

“You built you an empire,” Tammy Faye fires back.

Also featured in the biopic’s ensemble cast are Sam Jaeger, Cherry Jones and Randy Havens. “The Eyes of Tammy Faye,” which shares the title of a 2000 documentary narrated by RuPaul, hits theaters Sept. 17.

Denial of responsibility! TechiLive.in is an automatic aggregator around the global media. All the content are available free on Internet. We have just arranged it in one platform for educational purpose only. In each content, the hyperlink to the primary source is specified. All trademarks belong to their rightful owners, all materials to their authors. If you are the owner of the content and do not want us to publish your materials on our website, please contact us by email – admin@techilive.in. The content will be deleted within 24 hours.
Loading...
Chastainentertainment newsEntertainment updateEyesFayeheadsJessicanews update
0
Share