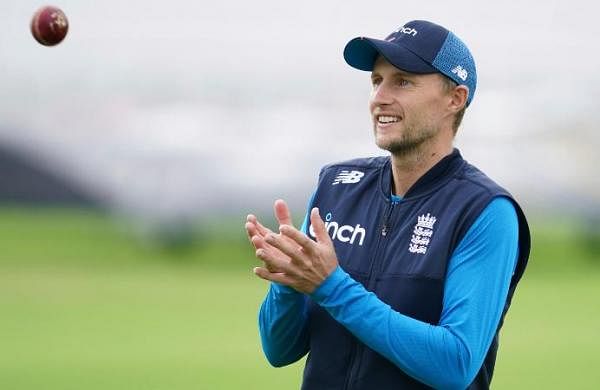 DUBAI: England Test skipper Joe Root and Ireland’s Eimear Richardson have been voted as the winners of the ICC Players of the Month for August 2021.

Root was voted the ICC Men’s Player of the Month for August for his consistent performances in the first three Tests against India which were part of the ICC World Test Championship (WTC) series.

Root had scored more runs in the first three Tests than England’s next three highest run-scorers combined and had also been their highest individual scorer in each of their five innings. On the back of his stunning display in August, Root climbed to the top of ICC Men’s Test Rankings for batters on September 1.

Placed fifth in the rankings before the start of the series, the England skipper had leapfrogged Virat Kohli, Marnus Labuschagne, Steve Smith, and Kane Williamson to the No.1 spot.

Commenting on Root’s performance in August, Pommie Mbangwa, a member of the ICC Voting Academy for the Player of the Month said: “Root made an amazing effort to score three consecutive Test centuries in each of the first three Tests in an engrossing and challenging series. That he has done it against a very strong Indian bowling attack adds to the feat, whilst getting back to the top of the batting rankings is the cherry on top.”

In women’s cricket, Ireland’s Eimear Richardson has had a sensational August as well, and was adjudged the ICC Women’s Player of the Month for August 2021.

During the ICC Women’s T20 World Cup Europe qualifier, Richardson won the Player of the Tournament award for her superb performance with the bat and the ball, starting off against Germany, she returned figures of 2/6, as the Irish cruised home to a comfortable 164-run victory.

Richardson then followed it up with figures of 2/24 against Scotland. She continued her sizzling form with the ball in the remaining two matches against France and the Netherlands, returning with figures of 2/0 and 1/22 respectively, helping her team with back-to-back victories.

With the bat, her most impactful knock came against the Netherlands in their final match, when she scored a 49-ball 53, which helped her side reach a total of 111/9.

“It was very exciting to be nominated for the ICC Women’s Player of the Month for August and to now be voted as the winner is just so amazing and humbling,” said Richardson in a statement.

“It was great to contribute to overall team performances at the European Qualifiers and hopefully we have done enough to make the next stage and compete on a global level again.”

“Behind every athlete, and any achievement, is a volume of people and support, so a big thanks to my teammates, head coach Ed Joyce and wider management. Also, to my workplace Northern Districts, which continues to endlessly support and enable me to play at the top level,” she signed off.

Denial of responsibility! TechiLive.in is an automatic aggregator around the global media. All the content are available free on Internet. We have just arranged it in one platform for educational purpose only. In each content, the hyperlink to the primary source is specified. All trademarks belong to their rightful owners, all materials to their authors. If you are the owner of the content and do not want us to publish your materials on our website, please contact us by email – [email protected]. The content will be deleted within 24 hours.
AugustEimeareimear richardsonICCICC Players Of The MonthJoeJoe Rootmonth
0
Share