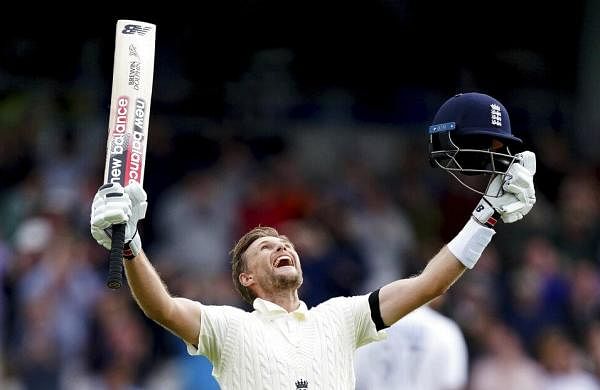 LONDON: After sacking coach Chris Silverwood and assistant coach Graham Thorpe, England’s interim director of cricket Andrew Strauss announced that Joe Root will be continuing his role as the captain in the series against West Indies.

Silverwood and Thorpe were relieved from their duties on Friday, following England’s debacle in the Ashes.

“Having spoken to Joe, it is absolutely clear the extent of his commitment to taking this side forward. He has incredible motivation and energy to do that. He is bruised, and hugely disappointed by what went on in the Ashes but he sets a magnificent example, both on and off the field, so I will give him my full support and make sure he has right structure around him to take pressure off him and make sure he can do his job properly,” said Andrew Strauss, as reported by ESPNcricinfo.

“There are some soundings-out to be done, both inside and outside the organisation, and there are some decisions to be made about the actual focus of this tour. You can look at it in a number of ways – we are in the business of winning, and it’s very, very important we go out there and win, but it is also about looking forwards, so we have to look at that, both with regards to the interim coach, but also with our approach to selection and everything else associated with that,” he added.

Strauss further said that Root needs some support at the moment as he serves as a great example to the young players of the team.

“I know what it’s like as England captain. There is always scrutiny on your position, especially when you lose Ashes series. I am sure Joe felt that. I think at this moment in time he is 100 per cent the right person to take the team forward,” said Strauss.

“At some stage in the future we will have a new managing director, a new head coach, they will look at things with fresh eyes. For me, he’s a great example to those young players and he needs our support right now,” he added.

England squared off with West Indies for a five-match T20I series, in which the latter claimed victory with a 3-2 lead. Both the teams will be facing each other again for a Test series on March 8.

Denial of responsibility! TechiLive.in is an automatic aggregator around the global media. All the content are available free on Internet. We have just arranged it in one platform for educational purpose only. In each content, the hyperlink to the primary source is specified. All trademarks belong to their rightful owners, all materials to their authors. If you are the owner of the content and do not want us to publish your materials on our website, please contact us by email – [email protected]. The content will be deleted within 24 hours.
Ashes 2021CaptainChris SilverwoodcontinueEngland cricket teamEnglandsJoeJoe Root
Share

Love on the run

Inside ‘The Bear’s’ Michelin-starred plan…

ISL: Odisha FC get Raynier Fernandes on loan from Mumbai…