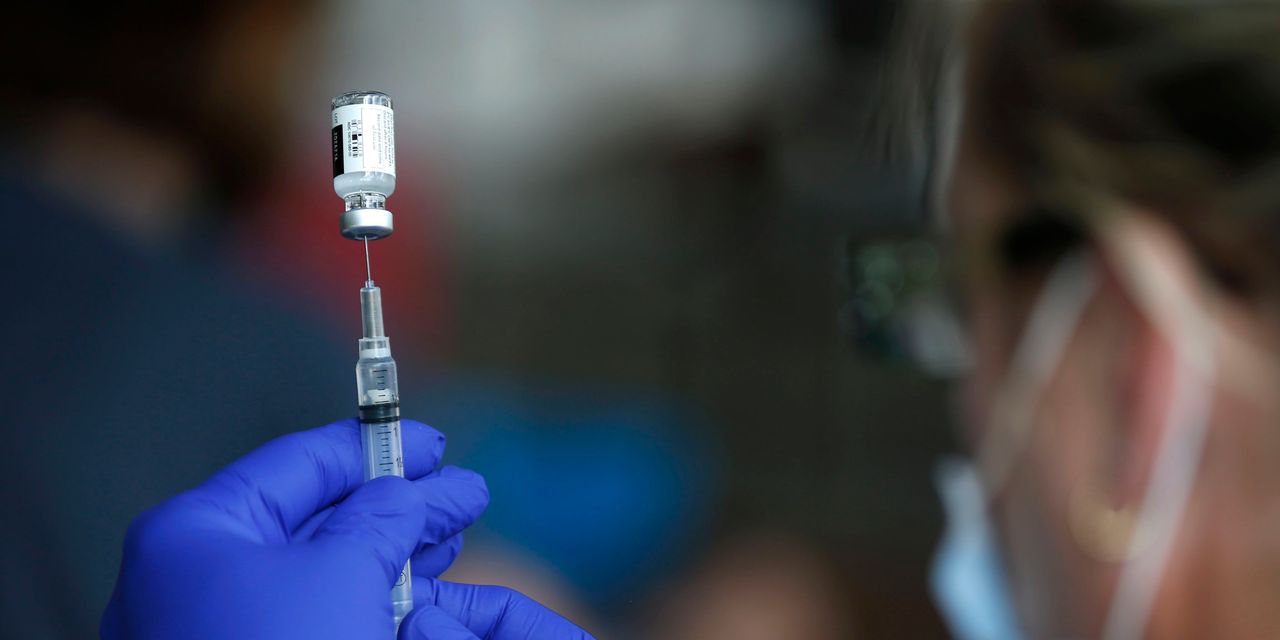 The regulators cautioned, however, that data was limited and that they had to rely on J&J’s own analysis for some of the study findings, rather than conducting their own.

The Food and Drug Administration staff gave their assessment of the J&J booster data as part of the agency’s review of the company’s request for authorization of the second dose.

SE, the FDA is now considering whether to clear extra doses of the shots from J&J and

It is also weighing whether doses could be mixed among different vaccines.

The FDA staff review now goes to a committee of outside experts, who are scheduled to meet on Friday to discuss J&J’s request to green light a booster dose. The FDA is expected to make a decision after the panel meets.

The panel will also review data on mixing and matching vaccines. Preliminary results from a study by National Institutes of Health researchers, published by the online preprint server medRxiv, suggested that people who received the J&J vaccine would get a stronger immune response from a second dose of either the Pfizer or Moderna vaccines, rather than another J&J dose.

The 458-subject study, which wasn’t peer-reviewed or published in a scientific journal, also suggested that people who got the same messenger RNA vaccines for their first two shots could get another dose of either the Pfizer-BioNTech or Moderna shot and have a strong immune response.

The preliminary data indicates that all boosters induced immune responses regardless of which shot was used for primary vaccination, the researchers said.

A J&J spokesman said the NIH study demonstrates its booster shot increases immune responses regardless of a person’s primary vaccination.

The FDA released its staff assessment along with other materials about J&J’s booster request. In one J&J analysis, a booster dose of its vaccine given six months after the original vaccine increased levels of neutralizing antibodies from after the first dose, including against the Delta variant. But FDA staff said the data was based on only 17 study subjects, and there were other confounding factors that limited the agency’s ability to assess the data.

Are you planning to get a Covid-19 booster? Why or why not? Join the conversation below.

The FDA didn’t say in its report whether it thought a two-month or six-month interval was better.

In another, much larger study, two doses of J&J’s vaccine, given two months apart, were 75% effective against moderate to severe Covid-19 cases, the FDA staff said.

“Although not independently confirmed by FDA from datasets, summaries of the data suggest there may be a benefit in a second dose administered approximately two months after the primary dose, when compared to the efficacy seen in the pivotal study” that tested only one dose of the vaccine, the FDA staff said.

The FDA staff said analysis of J&J data shows that the effectiveness of J&J’s single dose vaccine is lower than those reported for the messenger RNA Covid-19 vaccines from Pfizer and BioNTech and from Moderna.

To date, 14 million people in the U.S. have received the J&J vaccine, the company said. Globally, 33.5 million doses have been administered, including the U.S.

The Biden administration has been pushing boosters largely to counter any waning strength of vaccines and the contagious Delta variant. But many health experts have said there isn’t sufficient evidence to offer boosters to most people, beyond those who have weakened immune systems due to their age or medical condition.

J&J’s vaccine is currently the only one for which no booster dose at all is currently authorized in the U.S. Immunocompromised people can get Moderna boosters currently, while a much wider range of adults can get Pfizer boosters.

J&J said in its report to the FDA that its single-dose vaccine has been 75% effective globally against severe and critical Covid-19 cases.

The company said there was no waning of protection against such cases in the U.S. up to at least six months. Yet it said it has observed a decrease in protection against moderate to severe Covid-19 cases globally due to the emergence of coronavirus variants outside the U.S.

J&J said that a second dose could increase protection and potentially ward off virus variants. An analysis from a study of 31,300 people showed that giving a second dose about two months after the first dose was 100% effective against severe and critical Covid-19.

Separate studies showed that waiting even longer between doses—up to six months—could increase immune responses above what the two-month interval could achieve.

The company said the need for a booster shot, and the timing, may vary by region depending on the behavior of the virus.

U.S. vaccinations with J&J’s single-dose shot were paused in April while health authorities investigated rare cases of blood clotting that were accompanied by low platelet levels in some vaccine recipients. Use of the vaccine resumed, and J&J and regulators added warnings about the rare risk, known as thrombosis with thrombocytopenia syndrome, or TTS, to the shot’s product information.

The FDA authorized use of J&J’s vaccine in late February, based on a large international trial showing it was 66% effective at preventing symptomatic cases of Covid-19.

Denial of responsibility! TechiLive.in is an automatic aggregator around the global media. All the content are available free on Internet. We have just arranged it in one platform for educational purpose only. In each content, the hyperlink to the primary source is specified. All trademarks belong to their rightful owners, all materials to their authors. If you are the owner of the content and do not want us to publish your materials on our website, please contact us by email – [email protected]. The content will be deleted within 24 hours.
BioNTech SEBiopharmaceuticalsBiotechnologyBNTXBolstersboosterC&E Industry News Filterclothing
0
Share

The power and importance of vacation planning in executive leadership