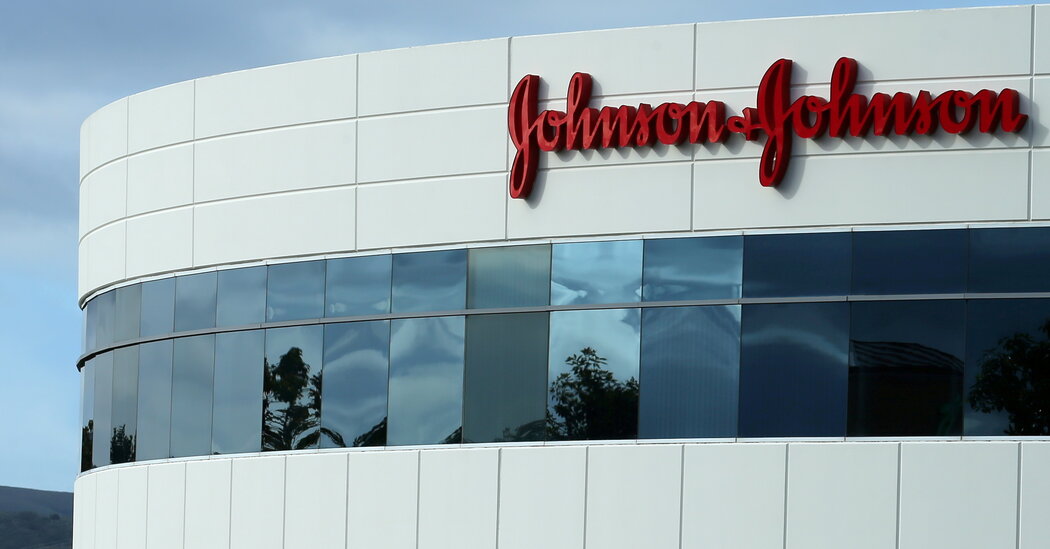 Johnson & Johnson will break itself into two companies.

Johnson & Johnson said on Friday that it would break itself into two publicly traded companies, in the latest instance of corporate giants shrinking themselves to please shareholders.

The 135-year-old company, which employs more than 136,000 people, announced that it planned to spin off its consumer-products division — home to Tylenol, Band-Aid, Neutrogena beauty products and more — into a separate business.

That would leave J.&J. with its pharmaceutical and medical devices division, which includes its coronavirus vaccine manufacturing and boasts faster-growing sales and higher margins.

Even as stand-alone businesses, the J.&J. companies will be enormous. The medical division is expected to report $77 billion in revenue this year. And the consumer operations — which trace their roots to the company’s founding in 1886 as a maker of surgical dressings — are predicted to bring in $15 billion in sales.

It is a route that others in the health care industry have followed. In 2014, Merck sold its consumer business to Bayer for $14.2 billion. And in 2019, Pfizer and GlaxoSmithKline agreed to merge their consumer divisions to focus on higher-growth pharmaceutical operations, with the companies planning to spin off that joint venture next year.

J.&J. said it planned to complete the separation, which is expected to be tax-free to its shareholders, in 18 to 24 months.

“Throughout our storied history, Johnson & Johnson has demonstrated that we can deliver results that benefit all our stakeholders, and we must continually be evolving our business to provide value today, tomorrow and in the decades ahead,” Alex Gorsky, the outgoing chief executive, said in a statement.

J.&J. had previously announced that Joaquin Duato would become chief executive in January, while Mr. Gorsky would continue as executive chairman.

The decision comes days after General Electric, another icon of corporate America, revealed a plan to break itself into three companies. And it was announced hours after Toshiba, a stalwart of Japanese industry, said it, too, would split itself into three.

Before, the corporate world believed that bigger was better, with diverse product offerings making for stronger and more predictable earnings. J.&.J. itself embarked on such deals, having bought consumer brands like Listerine from Pfizer for $16.6 billion over a decade ago.

But the leaders of diversified companies are increasingly feeling pressure to simplify their sometimes sprawling business empires, in hopes of sharpening their focus and lifting their stock prices. Activist hedge funds and others have argued over the past decade that conglomerates are too weighed down by bureaucracy, and that the promise of fast-growing divisions is often overshadowed by results from slower-growth ones.

The biggest technology companies, by contrast, have expanded into new businesses and been rewarded by investors, but they are also attracting increased regulatory scrutiny amid concern that their size harms competition.

J.&J. has grappled with thousands of legal claims that its talc-based products may have caused cancer. J.&J. discontinued sales of talc-based baby powder in North America last year, though it has said that it is safe. In October, a division that the company had created to manage those lawsuits filed for bankruptcy protection.

Single mothers — those who have never married — have made up a growing share of home buyers over the past three decades. But the pandemic threatens to dampen that progress, experts said.

Women have borne the brunt of the job losses over the last year and a half, while also shouldering most of the child-care responsibilities, Tara Siegel Bernard reports for The New York Times. At the same time, the housing market has grown highly competitive: Prices of single-family homes rose nearly 20 percent in August, the latest data available, from a year earlier, according to S&P CoreLogic Case-Shiller’s National Home Price Index.

The pandemic, combined with the challenging market landscape, has eroded women’s confidence about their likelihood of becoming homeowners: Nearly 60 percent of single female heads of households who rent — those who never married, those who are separated or divorced, and widows — said they could not afford to buy and didn’t know if they ever would, according to a September study by Freddie Mac, the government-backed mortgage giant.

Single women accounted for 19 percent of home buyers from July 2020 through June 2021, up from 18 percent in the preceding year, according to an analysis from the National Association of Realtors released on Thursday. The slight increase is above prepandemic rates, but may partly be a result of the decline in the number of Americans getting married, said Jessica Lautz, vice president of demographics and behavioral insights at the Realtors group.

“Women have a lot of headwinds right now,” she said. “We know they are buying on a lower income even as prices have increased and inventory has decreased.”

Single women buying their first home, for example, had a median household income of $58,300 in 2020, compared with $69,300 for their male counterparts, the association found. Single women tend to be older when they buy, and spend less on their homes: The median age of first-time single female buyers was 34, compared with 31 for men, and women spent about 14 percent less.

Homeownership is often viewed as a sign of financial stability, with good reason. READ THE ARTICLE →

Across the country, employers are struggling with how, when and even if they will bring employees back to the office. In conversations with leaders at companies in a broad variety of industries — the people charged with making the ultimate call — the consensus was that there was no consensus.

C.E.O.s are struggling to balance rapidly shifting expectations with their own impulse to have the final word on how their companies run. They are eager to appear responsive to employees who are relishing their newfound autonomy, but reluctant to give up too much control. And they are constantly changing policies in response to worker demands, re-examining aspects of their business that they might not have tinkered with otherwise.

David Gelles, The New York Times’s Corner Office columnist, talked to several C.E.O.s to learn how they’re thinking about working from the office at this point in the pandemic.

C.E.O.s are eager for employees to return — and afraid of alienating those who have grown accustomed to working from home. READ THE FULL ARTICLE →

There’s still time to take steps to make your living space more energy-efficient and hold down costs this winter, no matter what fuel you use to heat your home.

Start with your attic. Heat rises, so your house tends to lose warmth at the top. Just as wearing a hat in winter keeps you warm, repairing or adding insulation in your attic will help keep your house cozy, said Richard Trethewey, a heating and plumbing contractor and a regular on the home renovation show “This Old House.”

You can get a good idea of where insulation is needed with a simple visual inspection, he said. Reposition any insulation that has shifted. Pay attention to any gaps around pipes and ducts. You can also get relatively inexpensive thermal camera attachments for your cellphone, which can help pinpoint areas where heat is leaking, Mr. Trethewey said.

To get a full picture of your home’s heating profile, you can schedule a residential energy assessment, also called an energy audit. Some gaps may be obvious, such as light between an exterior door and its frame. That can be dealt with by applying weatherstripping to keep out drafts.

You can save money on your heating bill by turning down your thermostat when you are sleeping or away from home. A programmable thermostat can do it for you automatically. The Energy Department estimates you can save up to 10 percent a year on heating by lowering your thermostat by 7 to 10 degrees Fahrenheit from its normal setting for eight hours a day.

Our Your Money Adviser columnist, Ann Carrns, answers questions about winter heating, such as, When should I consider replacing my heating system? READ THE ARTICLE →

Denial of responsibility! TechiLive.in is an automatic aggregator around the global media. All the content are available free on Internet. We have just arranged it in one platform for educational purpose only. In each content, the hyperlink to the primary source is specified. All trademarks belong to their rightful owners, all materials to their authors. If you are the owner of the content and do not want us to publish your materials on our website, please contact us by email – [email protected]. The content will be deleted within 24 hours.
breakcompaniesEducation newsEducation updateJohnsonnews updatetechi live
Share

UCLA vs. Colorado: College football betting lines, odds and how to watch

4 Benefits Of eLearning For The Telecommunications Industry