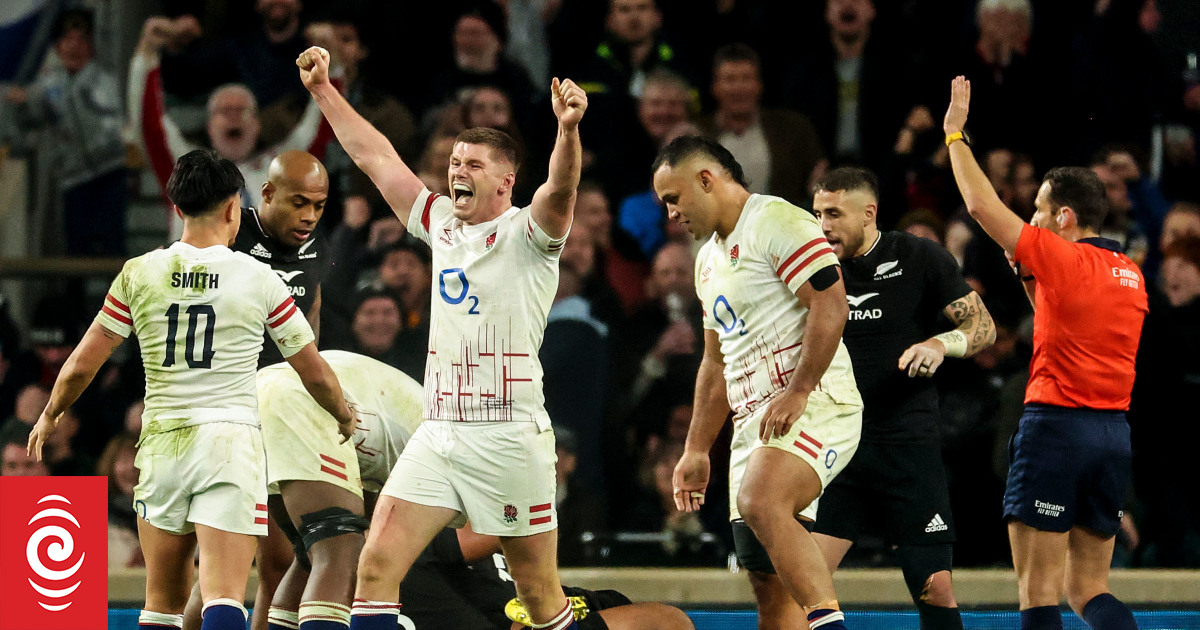 England rugby coach Eddie Jones praised his team’s never-say-die attitude and the impact of his bench players, after England shocked the rampant All Blacks with a late trio of tries to salvage a 25-25 draw.

“All of a sudden someone blows some magic dust, the passes start to stick, the passes are a bit sharper, our finishers came on and really improved the game we wanted to play,” Jones said.

The replacement props were particularly to the fore in England’s comeback.

“Mako (Vunipola) came on and ran some really good lines down the centre of the field, which allowed us to attack a bit straighter on the outside,” Jones added.

The star of the show though was the less-heralded Will Stuart, whose brace either side of a Freddie Steward try completed England’s turnaround.

“He’s got a special session on Monday, how to score a try,” Jones said wryly of Stuart’s unorthodox technique of grounding the ball between his legs for the decisive score.

Another less-known England player, the Northampton Saints second row David Ribbans who was drafted into the squad amid a run of injuries for rivals to his place, also caught the eye.

“It was a good pass that, outstanding,” Owen Farrell said of an out-the-back offload from Ribbans that typified the replacements’ desire to throw caution to the wind and attack with the game seemingly lost.

As well as the star subs, coach Jones and captain Farrell were both significantly eager to praise scrum half Jack van Poortvliet, the young rival to his Leicester team mate Ben Youngs for the number 9 jersey who endured a torrid first half.

JVP, as his England colleagues call him, threw an intercept pass, had a kick charged down, and was sacked from the base of a scrum but never let his head drop and avoided the ignominy of one of Jones’ trademark brutal early substitutions.

“JVP didn’t get flustered, there’s plenty of blokes who come into test rugby and make a mistake and just don’t want to make another, but he’s not like that,” Farrell said.

Jones likewise said the game will have taught him a lot and praised the young scrum half for sticking at it, saying also that he had sustained an injury.

“JVP’s bone went through his finger, but he’s a tough bloke, he’ll be OK,” he added.

Denial of responsibility! TechiLive.in is an automatic aggregator around the global media. All the content are available free on Internet. We have just arranged it in one platform for educational purpose only. In each content, the hyperlink to the primary source is specified. All trademarks belong to their rightful owners, all materials to their authors. If you are the owner of the content and do not want us to publish your materials on our website, please contact us by email – [email protected]. The content will be deleted within 24 hours.
25allAudiocomebackCurrent AffairsDrawEnglandsfortitudehails
Share

Its a slug life: the secret skincare routine to never age

Here’s Why You Want To Stay Away From Eufy Security…