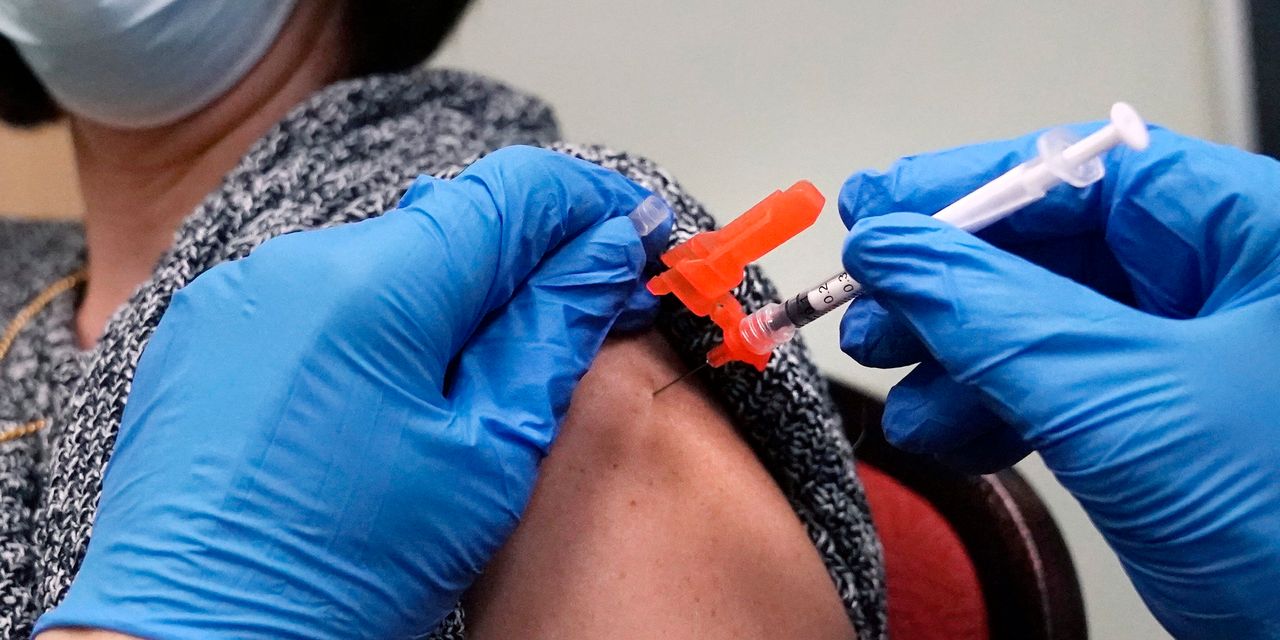 U.S. District Judge Jeffrey V. Brown in Texas said President Biden didn’t have the broad, unilateral authority to mandate “that all federal employees consent to vaccination against Covid-19 or lose their jobs.”

The judge’s ruling Friday said that the case wasn’t about whether people should be vaccinated.

“It is instead about whether the President can, with the stroke of a pen and without the input of Congress, require millions of federal employees to undergo a medical procedure as a condition of their employment,” Judge Brown, an appointee of former President

who is based in Galveston, wrote. “That, under the current state of the law as just recently expressed by the Supreme Court, is a bridge too far.”

The Supreme Court last week blocked the administration’s Covid-19 vaccine-or-testing rules for large private employers. The high court, however, allowed the administration to require vaccinations for more than 10 million healthcare workers whose facilities participate in Medicare and Medicaid.

The Justice Department said it was filing an appeal. White House press secretary

noted that 98% of federal workers are vaccinated and referred additional questions to the Justice Department. “Obviously we are confident in our legal authority here,” Ms. Psaki said.

“Today’s decision by Judge Brown is a victory for the thousands of men and women who want to serve their government without sacrificing their individual rights,” said

president of Feds for Medical Freedom, a newly launched anti-vaccination-mandate group that challenged Mr. Biden’s executive order. Mr. Thornton works as a political officer at the State Department, according to the organization.

Mr. Biden said in September that he would require federal employees in the executive branch either to be vaccinated against Covid-19 or to receive a religious or medical exemption or else face termination.

The president also has mandated vaccination for employees of federal contractors, but those requirements have been put on hold in the lower courts, where proceedings are continuing.

Federal agencies were preparing to punish workers for failing to comply with the president’s order. The judge and Feds for Medical Freedom said the disciplining of noncompliant employees was imminent.

The administration argued that it wasn’t the court’s role to settle the dispute but said workers facing termination first had to challenge any discipline through administrative channels.

Judge Brown rejected all of those arguments, saying the Biden administration pointed to no example of a previous president invoking the power to impose medical procedures on civilian federal employees.

The judge, citing the Supreme Court’s recent rulings, said the president, without express congressional authorization, was trying to regulate federal employee conduct beyond the context of the workplace, stretching his authority too far.

“The government has offered no answer—no limiting principle to the reach of the power they insist the President enjoys,” Judge Brown wrote. “For its part, this court will say only this: however extensive that power is, the federal-worker mandate exceeds it.”

In deciding to apply his preliminary injunction nationwide, Judge Brown said he saw no practical way of limiting the scope of his order given the broad membership of the lead plaintiff.

Feds for Medical Freedom, he wrote, has “more than 6,000 members spread across every state and in nearly every federal agency.”

—Ken Thomas contributed to this article.

Denial of responsibility! TechiLive.in is an automatic aggregator around the global media. All the content are available free on Internet. We have just arranged it in one platform for educational purpose only. In each content, the hyperlink to the primary source is specified. All trademarks belong to their rightful owners, all materials to their authors. If you are the owner of the content and do not want us to publish your materials on our website, please contact us by email – [email protected]. The content will be deleted within 24 hours.
Bidenblocksbusiness newsBusiness updateCovid19CrimeCrime/Legal ActionDomestic Politics
Share

R-Day sale mania is back, but party clothes are off the shopping list!

Perfect cup of tea is no myth!

Old Navy Made Clothing Sizes for Everyone. It Backfired.