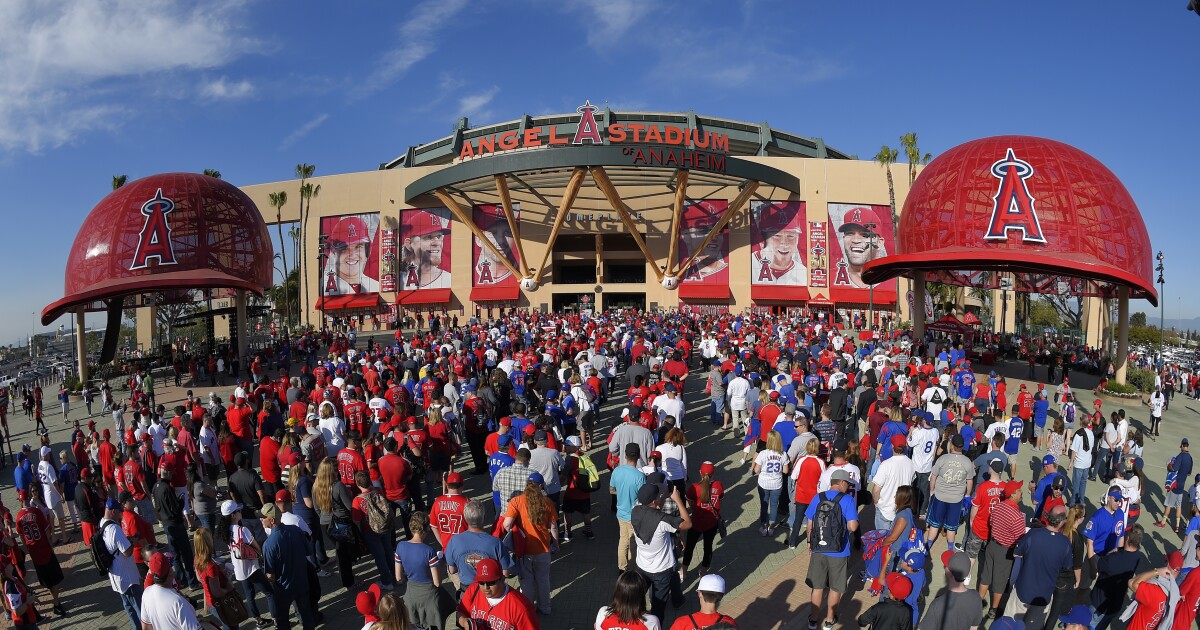 The Anaheim City Council had been expected to vote on the stadium deal in June.

“Based on what happened in the last 24 hours, we are naturally pausing to figure out the best way forward,” Anaheim spokesperson Mike Lyster said.

The ex parte application filed by the state attorney general included an affidavit for a federal search warrant completed last week by FBI special agent Brian Adkins alleging Sidhu “illustrated his intent to solicit campaign contributions, in the amount of $1,000,000 … in exchange for performing official acts intended to finalize the stadium sale for the Angels” and that the mayor “attempted to obstruct” an Orange County grand jury probe into the deal.

The affidavit doesn’t allege wrongdoing by the Angels or Moreno, while Sidhu has not been charged.

But the affidavit — which sought permission to search the mayor’s email, phone and other items — accused him of providing confidential information to the Angels on at least two occasions during the team’s negotiations with the city over the property. Adkins wrote, “I believe he did so covertly, with the intent of concealing his actions from the negotiating team and the public, for the purpose of assisting the Angels and himself at the expense of the City of Anaheim.”

The investigation into Sidhu is part of a wide-ranging FBI inquiry that resulted in federal authorities announcing Tuesday that they had charged the former head of the Anaheim Chamber of Commerce with lying to a mortgage lender.

The state attorney general’s involvement came in a legal dispute over whether the deal violated the state’s Surplus Land Act. When public agencies sell property, the act directs them to prioritize affordable housing, parks and open space. The state’s Department of Housing and Community Development issued a notice of violation to the city in December; the city denied the deal ran afoul of the act.

As part of a stipulated settlement last month, the city agreed to pay $96 million — 30% of the property’s sale price — to create a fund to build affordable housing.

After the search warrant affidavit emerged, the state attorney general sought a 60-day pause in approving the settlement, saying the agreement “may be void” and “new and developing information concerning potential violations of state and federal law … are likely to be forthcoming.”

Denial of responsibility! TechiLive.in is an automatic aggregator around the global media. All the content are available free on Internet. We have just arranged it in one platform for educational purpose only. In each content, the hyperlink to the primary source is specified. All trademarks belong to their rightful owners, all materials to their authors. If you are the owner of the content and do not want us to publish your materials on our website, please contact us by email – [email protected]. The content will be deleted within 24 hours.
AnaheimAngelcorruptionfbiJudgeMayornews updatePauses
Share

Xbox Series S Is On Sale For Its Lowest Price Yet