Notice: amp_is_available was called incorrectly. `amp_is_available()` (or `amp_is_request()`, formerly `is_amp_endpoint()`) was called too early and so it will not work properly. WordPress is currently doing the `pre_get_posts` hook. Calling this function before the `wp` action means it will not have access to `WP_Query` and the queried object to determine if it is an AMP response, thus neither the `amp_skip_post()` filter nor the AMP enabled toggle will be considered. It appears the theme with slug `publisher` is responsible; please contact the author. Please see Debugging in WordPress for more information. (This message was added in version 2.0.0.) in /home/runcloud/webapps/techilive/wp-includes/functions.php on line 5313
 Judoka Sushila Devi provisionally qualifies for Olympics 2021 - TechiLive.in 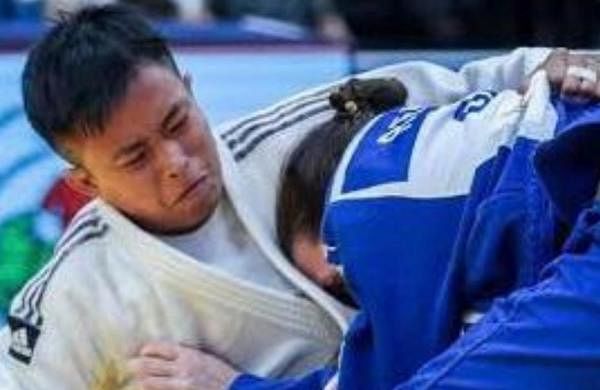 BUDAPEST: Indian judoka Sushila Devi has provisionally qualified for the Tokyo Olympics by claiming the continental quota but her participation in the Games will be confirmed only after the final list of qualifiers is released on June 28.

Sushila, who lost her first round at the World Judo Championship here on Sunday in the 48kg category, currently has 989 points, which puts her at seventh spot in the Asian list. “The information shown is provisional and only shows which judoka would be qualified, if the Olympic Games were today,” the International Judo Federation website stated.

The continental quotas are allotted based on a judoka’s ranking in the region. Asia has 10 quota slots. “The list will likely change significantly until 28th June 2021, which is the deadline for obtaining points for Olympic qualification,” it added.

I congratulate Judoka #SushilaDevi for qualifying for #Tokyo2020 in the women’s 48 kg through the continental quota. Our athletes are putting their best efforts to ensure glory for India. pic.twitter.com/gv7pVCDTiD

Sports Minster Kiren Rijiju congratulated Sushila on the feat. “I congratulate Judoka #SushilaDevi for qualifying for #Tokyo2020 in the women’s 48 kg through the continental quota. Our athletes are putting their best efforts to ensure glory for India,” Rijiju tweeted.

“There is no Olympic qualifying event after this ongoing world championships. Moreover, India will get only one quota which will be between Sushila Likmabam (women’s below 48kg) and Jasleen (men’s under 66kg),” he added.

Only one athlete per NOC (National Olympic Committee) per division can qualify. Each NOC is entitled to only one spot through the continental quotas.

Loading...
Denial of responsibility! TechiLive.in is an automatic aggregator around the global media. All the content are available free on Internet. We have just arranged it in one platform for educational purpose only. In each content, the hyperlink to the primary source is specified. All trademarks belong to their rightful owners, all materials to their authors. If you are the owner of the content and do not want us to publish your materials on our website, please contact us by email – admin@techilive.in. The content will be deleted within 24 hours.
DeviJudojudokanews updateOlympicsOlympics 2021provisionallyqualifies
0
Share