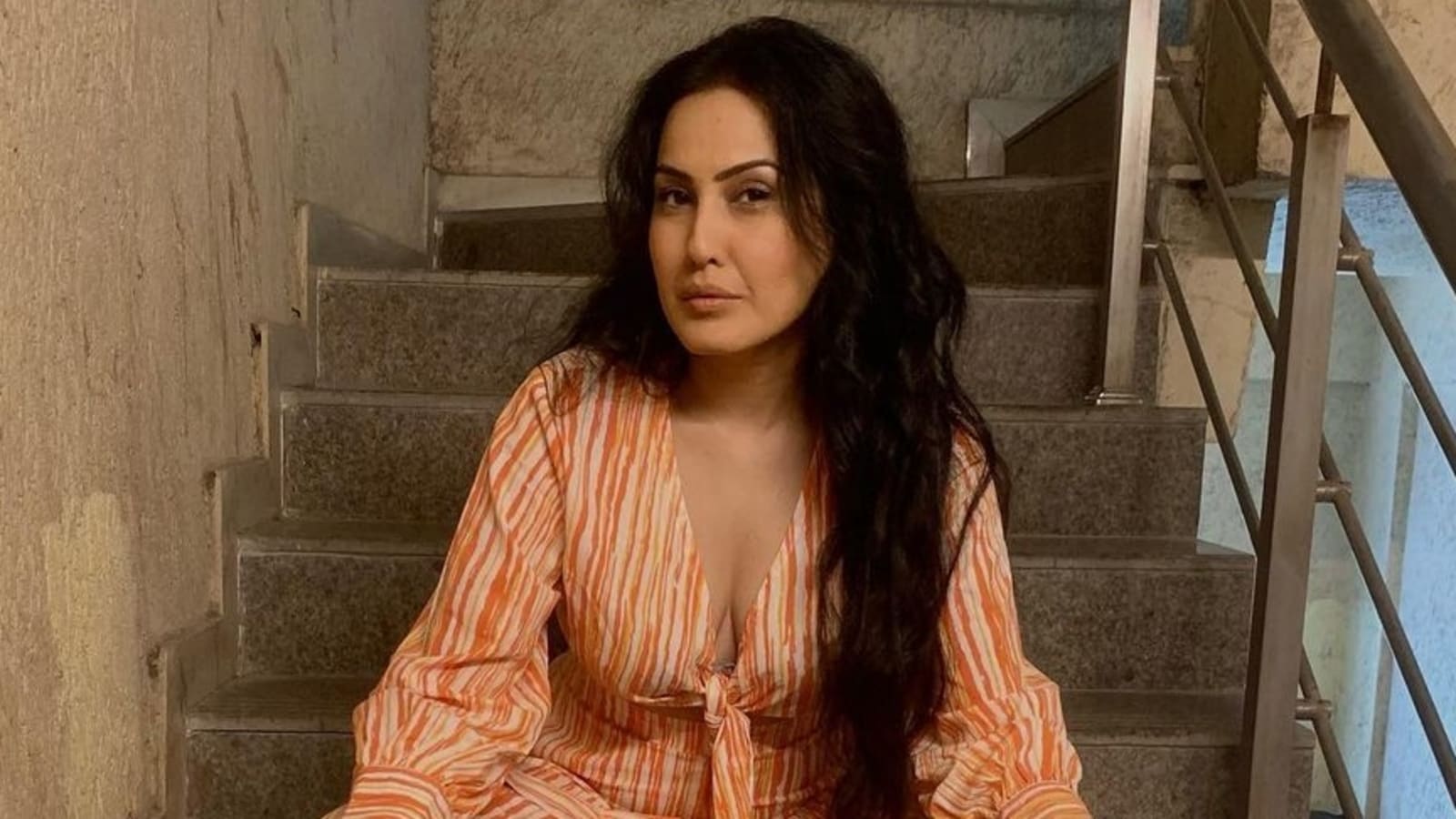 Kamya Panjabi lashes out at troll who said she failed to ‘save’ her first marriage’: ‘Should women die after a divorce?’

Kamya Panjabi has slammed a troll on Instagram, who commented on her divorce and her second marriage. She also shared a screenshot of her response. Kamya married Shalabh Dang in February last year, seven years after she walked out of her first marriage.

Kamya had posted a video of herself on Instagram on Wednesday, in which she spoke about women empowerment. A comment on the post read as, “Ek apni shaadi to bacha ni payi talaq ho gya. Fir dusri shadi…had hai (You could not even save your own marriage. You got divorced, and then married for the second time. This is the limit).”

Kamya Panjabi was quick to respond with, “So? Mujhe khush rehne ka ya jeene ka koi haq nahi hai? Talaq ho gaya toh aurat ko marr jaana chahiye? Talaq se zindagi khatam ho jaati hai aurat ki? Aap jaisi soch rakhne waalo ke khilaaf aaj harr ladki ko apni awaaz uthani padegi our utha bhi rahi hai… Mujhe kamzor naa samajna main ladki hoon lad sakti hoon (Do I have no right to stay happy? If divorced, should a woman die? Divorce is not the end of one’s life. Every girl needs to raise her voice against people with a mindset like yours. And, they are raising their voices. Do not think of me as weak. I am a woman and I can fight).”

Kamya Panjabi was married to businessman Bunty Negi for 10 years till they parted ways in 2013. She has a daughter, Aara, from her first wedding. When she married Shalabh Dang last year, she found herself at the receiving end of hateful comments for her second marriage.

Also read: Troll asks Kamya Punjabi why she is remarrying despite having daughter, gets epic reply from Kavita Kaushik

Talking to Hindustan Times about Shalabh in an interview last year, Kamya Panjabi said, “I’m trolled on social media that ‘in our families, separation and divorce doesn’t take place’, ‘Divorce is a very painful word, bhagwaan na kare kisi ke saath ho’. Our society uses that word as an abuse. If someone is divorced or a single parent, or wants to start a new life, they will get trolled, and people will not support them.”

Denial of responsibility! TechiLive.in is an automatic aggregator around the global media. All the content are available free on Internet. We have just arranged it in one platform for educational purpose only. In each content, the hyperlink to the primary source is specified. All trademarks belong to their rightful owners, all materials to their authors. If you are the owner of the content and do not want us to publish your materials on our website, please contact us by email – [email protected]. The content will be deleted within 24 hours.
dieDivorceentertainment newsEntertainment updatefailedKamyaKamya Panjabikamya panjabi second marriage
Share

How To Make Rava Appe: A Nutritious And Delicious Recipe To Make In 30 Mins

Shah Rukh Khan opens up about starring in Salman Khan’s…

Ensure no child is left behind, Sisodia tells Delhi govt…

Don’t Get Fooled by the Recent Market Rally