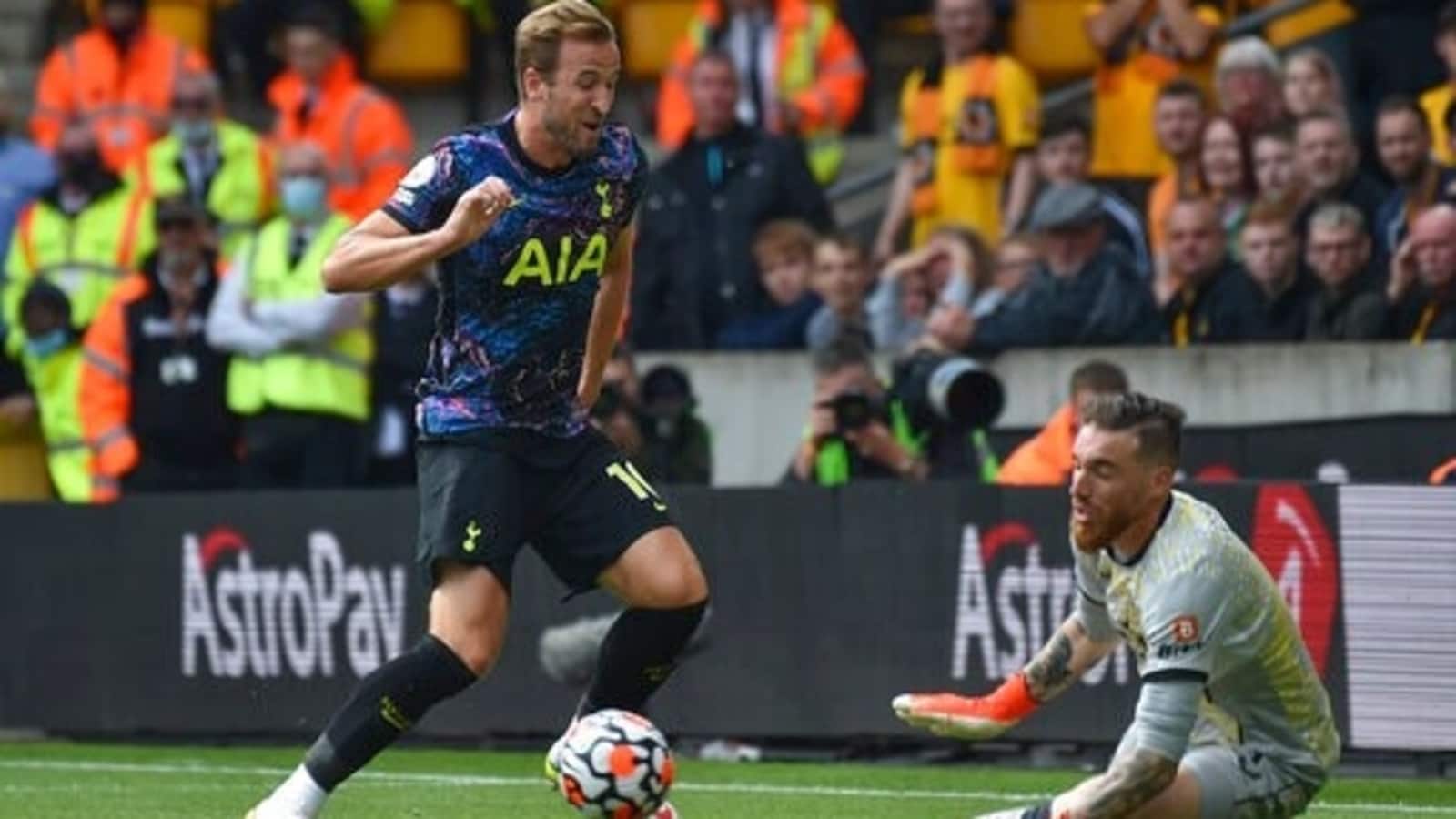 Harry Kane came off the bench to make his first Tottenham Hotspur appearance of the season as Dele Alli’s penalty earned coach Nuno Espirito Santo a 1-0 win on his return to his former club Wolverhampton Wanderers in the Premier League on Sunday.

Kane, who has been linked with a move to champions Manchester City all summer, came on in the second half and missed a great chance to immediately get on the scoresheet.

Alli’s ninth-minute penalty, his first league goal since March 2020, was enough for Spurs to earn the win, however, as Nuno’s first trip back to the club he brought up to the Premier League during a four-year spell between 2017 and 2021 ended successfully.

The result means Spurs have won two from two so far this season, both by a 1-0 scoreline.

“We had to fight and earn the three points,” Alli said. “We have to put in a solid performance away from home and hit them on the counter. We knew they’d have chances, it’s how you deal with that.

“My game has been a little deeper this season, allows me to get in the box later which is what I like to do. I’m happy to get the goal and help the team.”

Wolves and new coach Bruno Lage remain without a point after two defeats from their opening two league matches.

All eyes were on Kane as he took his place on the bench ahead of kick-off. He had been left out of the squad for Spurs’ season-opening win over City last weekend, and did not travel to Portugal for his side’s Europa Conference League playoff on Thursday.

City coach Pep Guardiola has said his club are interested in Kane but a move has yet to materialise, with reports in the British media saying the Spurs skipper was trying to force a move.

But Kane was quickly forgotten as Alli stroked his side in front. The midfielder struggled to hold down a regular first-team spot under previous coach Jose Mourinho but he is very much in Nuno’s plans, winning the penalty before getting up to convert it.

Wolves had plenty of chances to level, with Raul Jimenez, who last weekend made his first start since fracturing his skull in November, missing the most glaring opening.

After the break it was Spurs who should have added to their solitary goal, with Son Heung-min denied by a smart save by Wolves goalkeeper Jose Sa, before Kane’s opening came and went when clean through on goal, Sa smothering well at the England striker’s feet.

Wolves will be disappointed with how their performance petered out in the second half. They have now lost five consecutive Premier League matches, their worst run in the competition since a run of seven defeats between March and April 2012.

Denial of responsibility! TechiLive.in is an automatic aggregator around the global media. All the content are available free on Internet. We have just arranged it in one platform for educational purpose only. In each content, the hyperlink to the primary source is specified. All trademarks belong to their rightful owners, all materials to their authors. If you are the owner of the content and do not want us to publish your materials on our website, please contact us by email – [email protected]. The content will be deleted within 24 hours.
AlliAppearanceEarnsHarry KaneKanenews updatePremier Leaguesports news
Share

United ekes out a draw at Southampton

FM launches Ubharte Sitaare Fund; says MSMEs are the backbone of the economy