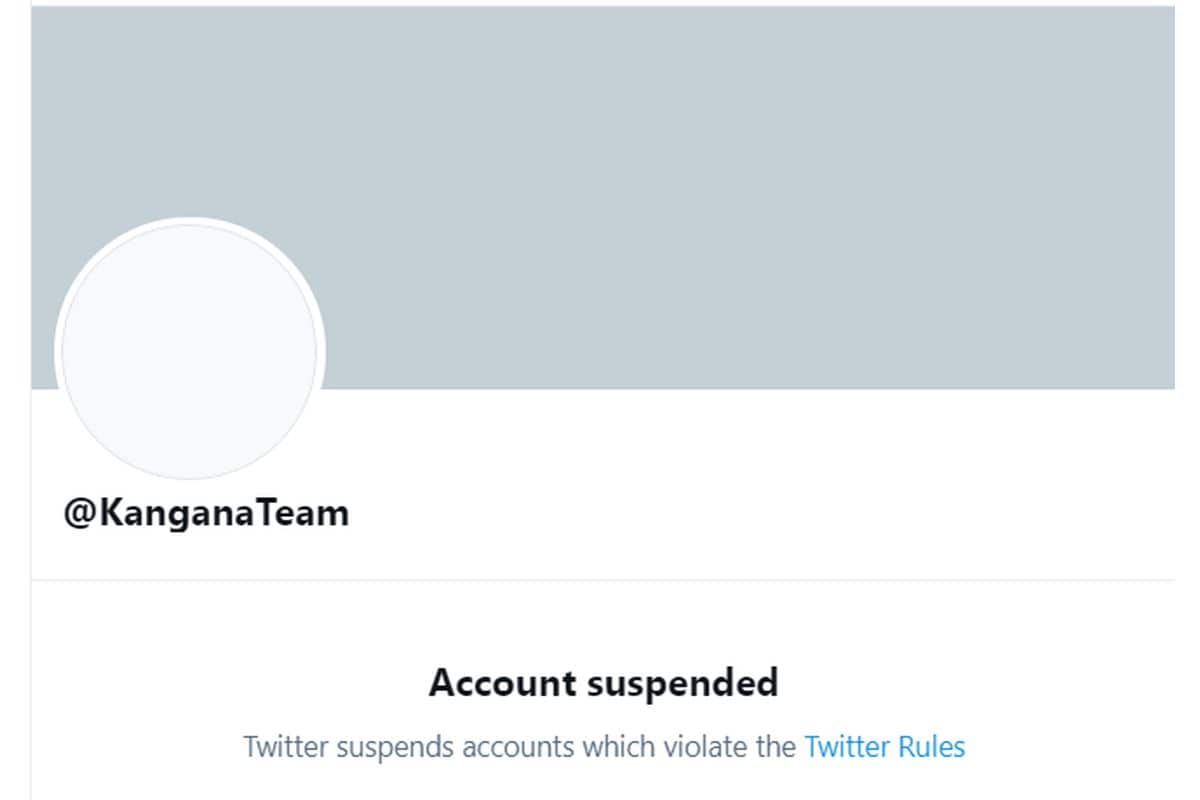 Twitter has permanently suspended actor Kangana Ranaut’s account for repeated violations of rules, specifically its “Hateful Conduct and Abusive Behaviour policy”, the microblogging site said in a statement on Tuesday.

Ranaut, known for her often inflammatory tweets, posted several messages following the Mamata Banerjee-led Trinamool Congress’ win over the BJP in West Bengal and incidents of post-poll violence. Calling for President’s Rule in the state, she also blamed Banerjee for the violence and called her unpublishable names.

“We’ve been clear that we will take strong enforcement action on behaviour that has the potential to lead to offline harm,” a Twitter spokesperson said in a statement.

According to Twitter’s Abusive Behaviour policy, “one may not engage in the targeted harassment of someone, or incite other people to do so or attempt to harass, intimidate, or silence someone else’s voice”.

On Monday, writer-lyricist Hussain Haidry had shared two tweets of the actor and urged people to report the account.

“If you are a blue tick account or with large following, I am not asking you to speak up against this. But please just quietly REPORT these two tweets. This is calling for mass violence. And directing it at Muslims,” he wrote.

Many social media users have called Ranaut out for spreading hatred.

The actor also posted a video on Instagram where she termed the silence of the liberal international media on Bengal violence their “conspiracy against India” . Ranaut is also active on Facebook.

(This story has not been edited by NDTV staff and is auto-generated from a syndicated feed.)