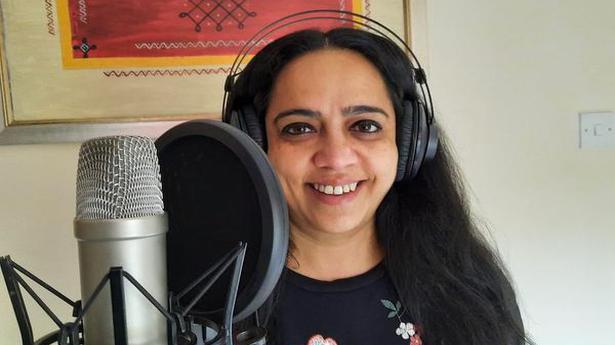 ‘Kanji’ gets a song and a dance to celebrate it

Kanji (rice porridge), easy and simple to make, is the go-to-food now as people in Kerala battle the second wave of the COVID-19 pandemic with another probable lockdown around the corner. In fact, kanji is on song now.

‘Oru kanji paattu’ (kanji song), produced by MuzicIndia, is all the rage among non-resident Keralites. Sung by Rema Iyer, a medical practitioner in the UK, the music video of the song has become a hit for its evocative lyrics. When Rema, a gynaecological oncologist at the Queen Elizabeth The Queen Mother Hospital in Margate, UK was recuperating from surgery, she turned to kanji, the comfort food for many hailing from Kerala.

Also known as Congee, it is a popular dish in many countries in Asia. Eaten hot or cold, it can be consumed as breakfast, lunch or dinner. Rema says she had it hot with a variety of sides to go with it.

“My surgery was in last November, when we were grappling with COVID-19 and winter with its grey skies and cold days. I found myself making hot kanji more than usual and enjoying every bit of it,” recalls Rema. It was then that she remembered a song her mother, Rohini Iyer, had written on kanji. With simple lyrics and an easy hummable tune, the song was about the goodness of the food and the many ingredients and curries it could be combined with. The comfort food brings with it a whiff of childhood garnished with nostalgia and spiced with familiarity. Lyrics conjure images of sizzling hot kanji with puzhukku, a mash of vegetables cooked with coconut, cumin, turmeric powder and chilli.

“My mother has this habit of jotting down simple verses. Many of them are centred on food. When a childhood friend, Ganesha Kumble, a musician, came visiting, he wondered about the possibility of setting Amma’s verse to music and bringing them out as a collection. The initial plan was to compose songs on recipes of favourites like sambar,” recalls Rema.

To begin with he recorded Rema singing the kanji song with a simple tune. They found that many children of Keralites settled abroad had no idea of what kanji was and so they decided to begin with ‘Oru kanji paattu’. “The nicest thing about kanji is that it can be had as a simple meal with just some salt and a pickle or it can turned into a grand meal with many sides and roasted pappadam,” Rema says.

The verses celebrate consuming kanji with coconut milk and ghee; a wide range of puzhukku; coconut chutney; roasted pappadam; green gram and also a typical Malayali dish like astram, curd-based side made with colacasia.

In December, 2020, playback singer and actor Chitra Iyer, Rema’s sister, came visiting to keep her company during her recuperation. When Ganesha dropped in with his teenaged daughter Amritavarshini, a budding pianist, they were stuck at Rema’s place in Kent as UK went into lockdown.

That was when they thought of a video to accompany the song. A couple of lines in rap was added to enhance the song. Ganesha shot the video, did the post production and sent it to friend and musician Manoj Kumar Medalodan in Thiruvananthapuram. He jazzed it up, adding some special effects and the song featuring Rema, Chitra, Amrithavarshini and Ganesha was uploaded on YouTube on April 9.

“I did the entire music production. As the lockdown was in effect, we had to make do with whatever was there in Rema’s house. However, we did manage to buy a big slice of frozen jackfruit from the market nearby and had lots of kanji for the shoot,” says Ganesha.

Chitra and Amritavarshini lip synced for the video and though they wanted the settu-mundu for an authentic Malayali feel, they had to settle for a mundu, black shirts and a cotton dupatta. “It was a lot of fun and never once did we feel that we were in lockdown. We had to come up with all kinds of jugaad to make it look interesting,” laughs Chitra. Rema’s friends and colleagues also chipped in with videos shot on their phones.

Kanji for the Malayali soul!

Loading...
Denial of responsibility! TechiLive.in is an automatic aggregator around the global media. All the content are available free on Internet. We have just arranged it in one platform for educational purpose only. In each content, the hyperlink to the primary source is specified. All trademarks belong to their rightful owners, all materials to their authors. If you are the owner of the content and do not want us to publish your materials on our website, please contact us by email – [email protected]. The content will be deleted within 24 hours.
celebrateDanceentertainment newsEntertainment updatekanjinews updatesongtechi live
0
Share

When Covid Sank This Small Business, Here’s How Its Workers Rebounded