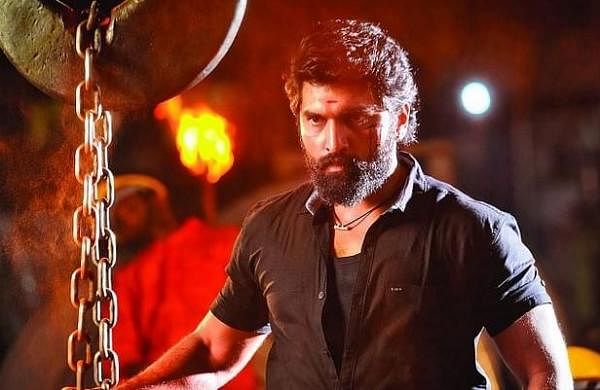 Kannada actor Anissh to star in next production titled ‘Benki’

Anissh’s next is titled Benki. An official announcement of the film was made on the occasion of his birthday, and the actor shared a few exclusive stills from the film with The New Indian Express. The commercial entertainer, exploring the emotions of a brother-sister relationship, is helmed by debutant director Shaan, who is the son of director, AR Babu.

The film marks Anissh’s third venture as a producer. It is made under his Winkwhistle Production banner.

Speaking to The New Indian Express, Anissh threw light on the film’s title and the content. “Benki is my character name. He is popularly called by that among the villagers in the film. We have given a small justification on why he is called Benki,” explains the actor.

70 per cent of the film’s shoot is wrapped up with just a few talkie portions and the songs left.

Interestingly, Sampada Hulivana, who plays the heroine will appear as a ghost in the film, revealed Anissh, and mentions that the film is also a horror-comedy. “The director has brought in all those commercial bits that require to elevate a hero. The film also explores brother-sister sentiment. Another highlight is that I date a ghost in the film,” he says.

Anissh and the team are now getting ready with the film’s teaser, which will be unveiled soon. “Owing to COVID lockdowns, which have more or less become like our summer and mid-term holidays, we as a team decided that it is best to talk about this project once we complete shooting, and it has worked. This will be the strategy that I would want to follow for the rest of my films as well,” he says.

Benki, starring Shruti Patil in a prominent role, has Kaushik Harsha handling the music. The cinematography is by Venus Nagaraj Murthy.

Denial of responsibility! TechiLive.in is an automatic aggregator around the global media. All the content are available free on Internet. We have just arranged it in one platform for educational purpose only. In each content, the hyperlink to the primary source is specified. All trademarks belong to their rightful owners, all materials to their authors. If you are the owner of the content and do not want us to publish your materials on our website, please contact us by email – [email protected]. The content will be deleted within 24 hours.
ActorAnisshAR BabuBenkientertainment newsEntertainment updateKannadanews update
Share