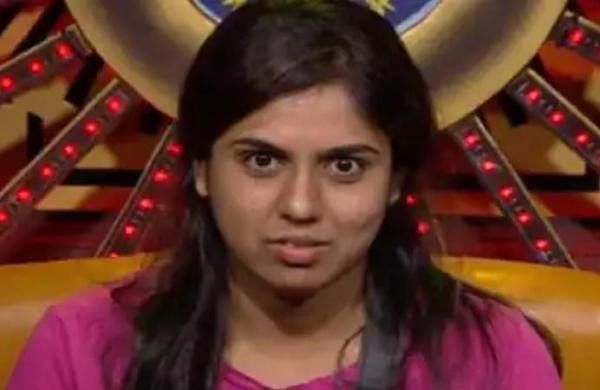 KOLAR: Kannada Big Boss contestant and actress Chaitra Kotturu on Thursday attempted suicide by consuming phenyl at her residence here. Soon after the incident, Kotturu was rushed to a local hospital where her condition is stated to be stable.

Kotturu was married to Mandya-based businessman Nagarjuna a few days back, the police said.

The actress’ marraige was soon called off after the businessman’s family refused to accept their ties, while of late Nagarjuna himself has alleged that he was being “forced” by some groups to marry her even though he was not interested in the wedlock.

On March 28, a photograph of Kotturu marrying Nagarjuna at a temple had gone viral, among other pictures of the marriage. She was reportedly in a relationship with Nagarjuna for the past couple of years, the police said.

She tied the knot in a simple ceremony at the Byatarayanapura Ganapathi temple in the presence of her family members. However, the groom’s family accused her of forcefully marrying Nagarjuna by issuing threats.

“The matter reached the police station in Kolar. We had called both the families to the station for their statements,” the police added.

Soon after the marriage, when the actress went to Nagarjuna’s ancestral house, she was reportedly not allowed inside while the latter’s family had allegedly asked the couple not to enter the house, terming the marriage as “invalid”, the police said quoting Kotturu’s statement.

The police added that Kotturu had accused Nagarjuna of constantly delaying the wedding. Later they decided to tie the knot with the support of the former’s family and community leaders.

“His family had bad-mouthed me, my job and even issued death threats to me if I did not let him go. So we requested to hold talks in Kolar instead of discussing the issue in public,” the actress told the police.

Kotturu was a contestant in Bigg Boss Kannada Season 7. She was a scriptwriter for TV serials before entering the show hosted by Kiccha Sudeep. She had also acted in a supporting role in Haripriya’s “Soojidaara”.

(If you are having suicidal thoughts, or are worried about a friend or need emotional support, someone is always there to listen. Call AASRA’s 24×7 Helpline: +91-9820466726 for assistance.)

Loading...
Denial of responsibility! TechiLive.in is an automatic aggregator around the global media. All the content are available free on Internet. We have just arranged it in one platform for educational purpose only. In each content, the hyperlink to the primary source is specified. All trademarks belong to their rightful owners, all materials to their authors. If you are the owner of the content and do not want us to publish your materials on our website, please contact us by email – [email protected]. The content will be deleted within 24 hours.
attemptsBiggBigg Boss KannadaBossChaitraChaitra Kotturucontestantentertainment news
0
Share