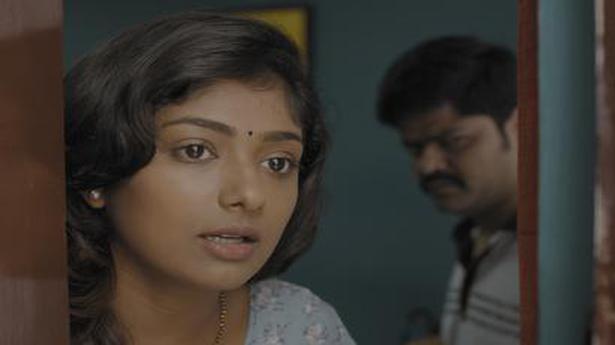 In the past two years, filmmakers have explored almost every theme related to the pandemic and lockdown. The Kannada film Ikkat, which means congested, is the latest entry to the list. Directors Esham and Haseen Khan describe the film as an outright comedy.

The film, the brothers say, is about a couple on the brink of divorce as they are stuck with each other in the lockdown. “The wife’s lover is also locked in with the couple hiding in the tiny two-bedroom apartment. Will the couple reignite their romance? Or will the boyfriend’s presence be discovered?”

The director duo previously directed a web series called Loose Connection and the yet-to-be-released Hate You Romeo, which features Arvind Iyer (Kirik Party, Bheemasena Nalamaharaja ) in the lead role. They also worked as editors on the Kannada film, Run Antony (2016). Ikkat is the brothers’ first feature film, which gets an OTT release on July 21. The film stars Nagabhushan, Bhoomi Shetty and RJ Vicky.

The story was conceptualised, written, directed and produced by the Khan brothers. Esham says they chose comedy because, most films based on the lockdown are serious. “We wanted to do something different and look at the flip side of the effect of the lockdown on relationships.”

Though the brothers come from a non-film background, they say they were passionate about making films from when they were teenagers. “Our father had a video rental store,” says Haseen. “That gave us the opportunity to watch every kind of film. We started off as technicians and have dabbled in practically every department of filmmaking in the Kannada film industry since 2006.”

“Sadly, some of the films did not see the light of the day,” says Esham. “A few relationships turned sour in the process. Making a film is not as tough as releasing one, which saps one’s energy.”

The reason, Haseem says is one needs extra funds to promote and market the film. “Support from the industry is crucial, as it paves an easier path and helps beginners get a exposure.”

The brothers describe their journey thus far as challenging. “We have crossed many hurdles. Ikkat was made during challenging times. We had to work as soon as the lockdown was lifted and used the rest of time in post production work. We had to work with the bare minimum of cast and crew.”

Denial of responsibility! TechiLive.in is an automatic aggregator around the global media. All the content are available free on Internet. We have just arranged it in one platform for educational purpose only. In each content, the hyperlink to the primary source is specified. All trademarks belong to their rightful owners, all materials to their authors. If you are the owner of the content and do not want us to publish your materials on our website, please contact us by email – [email protected]. The content will be deleted within 24 hours.
Aravind Iyercomedyentertainment newsEntertainment updateEshamEsham KhanFilmHaseen
0
Share

CSEET Result 2021 releasing today on icsi.edu, here’s how to check