Notice: amp_is_available was called incorrectly. `amp_is_available()` (or `amp_is_request()`, formerly `is_amp_endpoint()`) was called too early and so it will not work properly. WordPress is currently doing the `pre_get_posts` hook. Calling this function before the `wp` action means it will not have access to `WP_Query` and the queried object to determine if it is an AMP response, thus neither the `amp_skip_post()` filter nor the AMP enabled toggle will be considered. It appears the theme with slug `publisher` is responsible; please contact the author. Please see Debugging in WordPress for more information. (This message was added in version 2.0.0.) in /home/runcloud/webapps/techilive/wp-includes/functions.php on line 5313
 Kannada film producer Ramu dies of COVID-19 - TechiLive.in 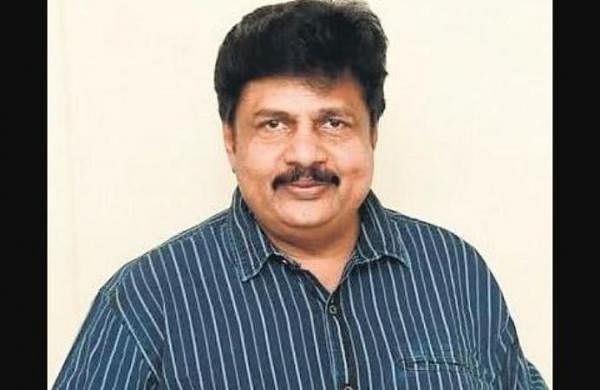 Well-known Kannada producer and distributor, and husband of actor Malashree, Ramu passed away this evening due to coronavirus.

He had tested positive for Covid-19 and was admitted to Ramaiah Hospital four days ago. He was 52 years old and is survived by his wife, son and daughter. Ramu, made his debut as a producer with Golibar in 1993, and bankrolled over 40 films, including blockbusters like Lockup Death, AK47, Kalasipalya, Circle Inspector, Simahada Mari, Hollywood and Auto Shankar.

He also distributed a lot of south Indian films through his distribution company, Ramu Enterprises. He was popularly known as ‘Koti Ramu’ as he was one of the first producers to invest crores on bigbudget films. Ramu also produced a handful of female-centric films, mostly starring his wife, Malashree.

People from the film fraternity are mourning the producer’s loss. His last production 99, starring Ganesh and Bhavana, was released in 2019. The producer was gearing up to release his next venture, Arjun Gowda, starring Prajwal Devaraj and directed by Lucky Shankar. Di r e c t o r Luck y Shankar said, “This is definitely unfortunate. Even after getting intensive treatment, he wasn’t saved. I was in constant touch wi t h him for the film, and I would often enquire about his health.

He was in the hospital for the last three days and was recovering. His death was unexpected.” Actor Prajwal had met the producer at the recent press meet and he tells us that if not for the pandemic, Ramu had plans to release Arjun Gowda around this time. “Ramu’s first film as a producer was Golibar, starring my father (Devaraj), and his last film happens to be mine. His passing is unfortunate and a huge l o s s t o the Kanna d a industry.”

Loading...
Denial of responsibility! TechiLive.in is an automatic aggregator around the global media. All the content are available free on Internet. We have just arranged it in one platform for educational purpose only. In each content, the hyperlink to the primary source is specified. All trademarks belong to their rightful owners, all materials to their authors. If you are the owner of the content and do not want us to publish your materials on our website, please contact us by email – admin@techilive.in. The content will be deleted within 24 hours.
coronavirusCoronavirus Latest UpdatesCoronavirus Outbreakcoronavirus pandemicCoronavirus UpdatesCOVID 19 OutbreakCovid-19covid-19 pandemic
0
Share

Your sub-conscious mind is the miracle worker…