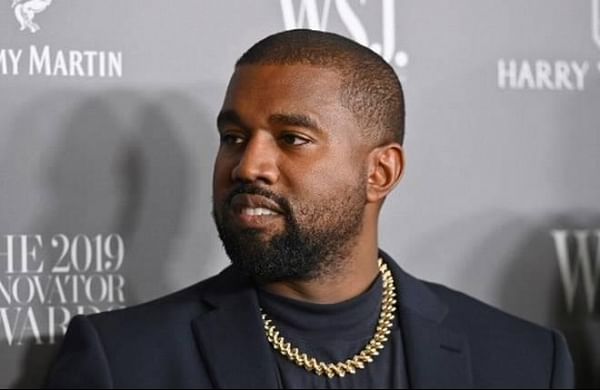 Hours after West’s 10th studio album went live on streaming services, the rapper took to Instagram and shared a post claiming that Universal Music Group, parent company to the label Def Jam, didn’t have his permission to release it.

“Universal put my album out without my approval. And they blocked ‘Jail 2’ from being on the album,” the hitmaker wrote.

It is not clear what West means by “blocked” since there are songs titled ‘Jail’ and ‘Jail Pt 2’ as the second and 24th tracks, respectively, on the 27-song LP.

Variety reported that ‘Jail Pt 2’ was originally unavailable to stream when the album was first released at 8 am ET, but it was later added to the tracklist around 1 pm ET.

Representatives for Universal had no comment on the allegation, but sources at the company called it “preposterous.”

Typically, when a song on an album is blocked from streaming on a service such as Spotify or others, the song has not been cleared legally because of a copyright conflict or similar issue.

The track, and its counterpart ‘Jail’, has been a cause for controversy over the past few days, as the former features both Marilyn Manson, who has been accused of sexual assault by several women and DaBaby, who made headlines earlier in the month with his homophobic comments.

Both Manson and DaBaby made appearances at West’s fourth ‘Donda’ listening event on last Thursday in Chicago, causing immediate backlash on social media.

The features on ‘Donda’ have become a focal point on social media ever since it was revealed at the listening event on Thursday that Jay-Z’s verse on ‘Jail’ had been replaced by a feature from DaBaby (Jay-Z’s verse has since been reinstated).

On Sunday, rapper Soulja Boy made it known on social media that his verse had been cut from the track ‘Remote Control’, and Pusha T also appears to no longer be featured on the album’s titular track.

West originally announced ‘Donda’, named after his late mother Donda West, in 2020. The release date was eventually announced as July 23, 2021, before being moved to August 7, 2021. It finally dropped overnight on Sunday.

The rapper’s mother died at the age of 58 following plastic surgery complications in 2007.

Denial of responsibility! TechiLive.in is an automatic aggregator around the global media. All the content are available free on Internet. We have just arranged it in one platform for educational purpose only. In each content, the hyperlink to the primary source is specified. All trademarks belong to their rightful owners, all materials to their authors. If you are the owner of the content and do not want us to publish your materials on our website, please contact us by email – [email protected]. The content will be deleted within 24 hours.
Loading...
albumApprovalClaimsDondaentertainment newsEntertainment updateKanyekanye west
Share