Notice: amp_is_available was called incorrectly. `amp_is_available()` (or `amp_is_request()`, formerly `is_amp_endpoint()`) was called too early and so it will not work properly. WordPress is currently doing the `pre_get_posts` hook. Calling this function before the `wp` action means it will not have access to `WP_Query` and the queried object to determine if it is an AMP response, thus neither the `amp_skip_post()` filter nor the AMP enabled toggle will be considered. It appears the theme with slug `publisher` is responsible; please contact the author. Please see Debugging in WordPress for more information. (This message was added in version 2.0.0.) in /home/runcloud/webapps/techilive/wp-includes/functions.php on line 5313
 Karan Deol says he has seen ‘one or two’ of Hema Malini’s films: ‘She has had a really great career’ - TechiLive.in 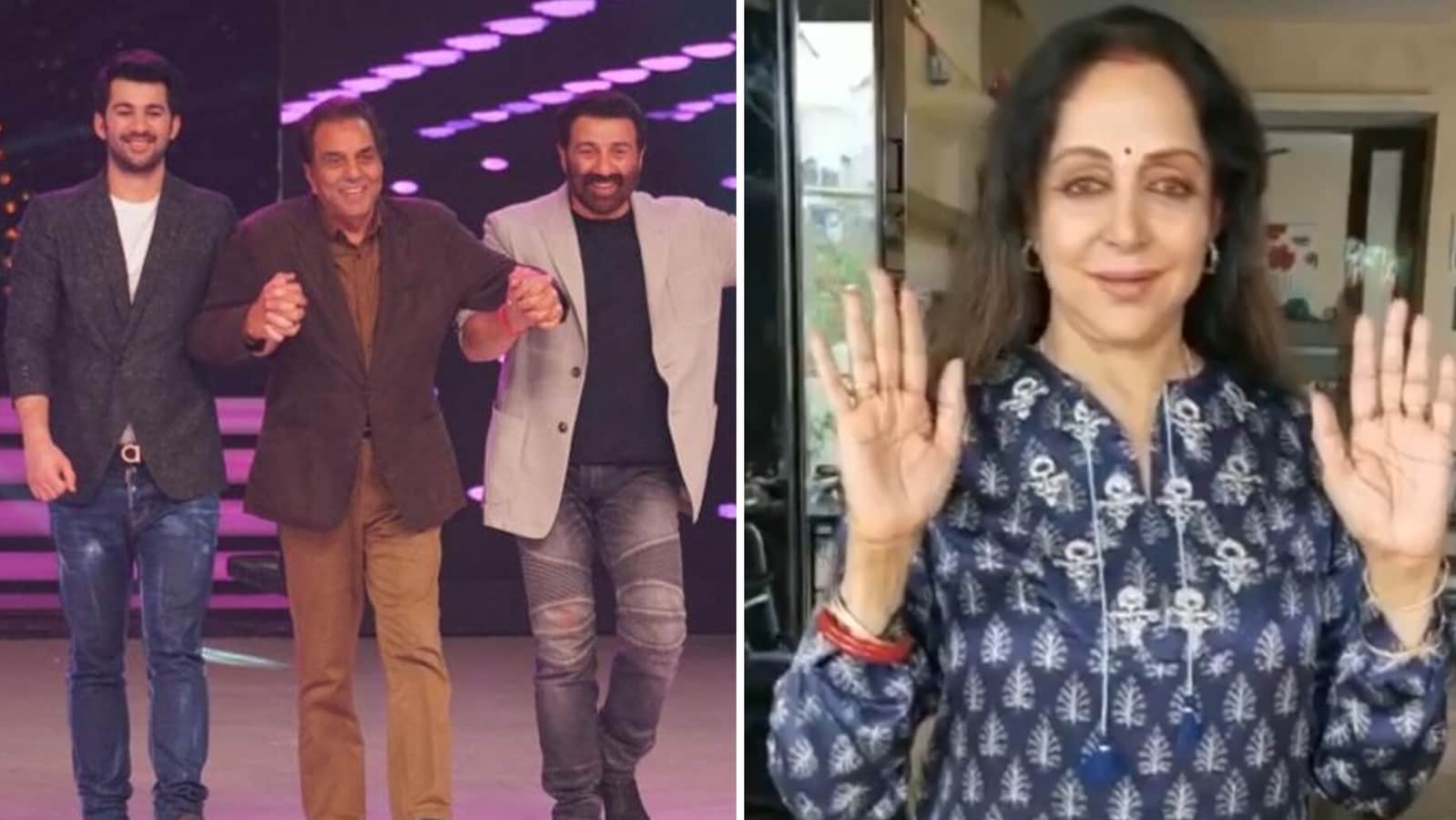 Karan Deol says he has seen ‘one or two’ of Hema Malini’s films: ‘She has had a really great career’

Karan Deol, the son of Sunny Deol and grandson of Dharmendra, said that he has watched a handful of Hema Malini’s films and from whatever he has seen, finds her to be a ‘really brilliant actress’. He also lauded her career in Bollywood, calling it ‘great’.

Hema made her Bollywood debut in 1968 with Sapno Ka Saudagar. She has starred in films such as Dream Girl, Seeta Aur Geeta, Sholay, Trishul and Satte Pe Satta.

In an interview with a leading daily, Karan said about Hema, “She has had a very brilliant career from start to finish, very prestigious.” On being asked if he has watched any of her films, he said, “Yes, I have seen one or two. She has had a really great career and from whatever I have seen, she is a really brilliant actress.”

Karan is the grandson of Dharmendra and his first wife, Prakash Kaur, and the son of Sunny. Hema is married to Dharmendra and has two daughters, Esha Deol and Ahana Deol, with him.

In 2019, Karan made his Bollywood debut with the commercially unsuccessful Pal Pal Dil Ke Paas, directed by Sunny. His next project is Apne 2, in which he will star alongside Sunny, Dharmendra and Bobby Deol. The film is a sequel to the 2007 sports drama featuring Dharmendra as a boxer who is falsely accused of doping and tries to reclaim his lost respect through his sons, played by Sunny and Bobby. Anil Sharma will return as the director of the sequel as well.

Sunny announced Apne 2 on the occasion of Guru Nanak Jayanti and tweeted, “Babaji ke aashirwaad aur aapke pyaar ki wajah se aaj hum vapas ek sath nazar aayenge (With the blessings of Babaji and your love, all of us will be seen together, again). Feeling blessed to get a chance to work with my father, brother again this time with my son. #Apne2, in cinemas Diwali 2021.”

Bobby Deol will ring in his birthday in New York with son Aryaman, who is studying there, as per a report. He also spoke about his nephew Karan Deol, who made his film debut last year.

Loading...
Denial of responsibility! TechiLive.in is an automatic aggregator around the global media. All the content are available free on Internet. We have just arranged it in one platform for educational purpose only. In each content, the hyperlink to the primary source is specified. All trademarks belong to their rightful owners, all materials to their authors. If you are the owner of the content and do not want us to publish your materials on our website, please contact us by email – admin@techilive.in. The content will be deleted within 24 hours.
apne 2bobby deolcareerDeoldharmendraentertainment newsEntertainment updatefilms
0
Share