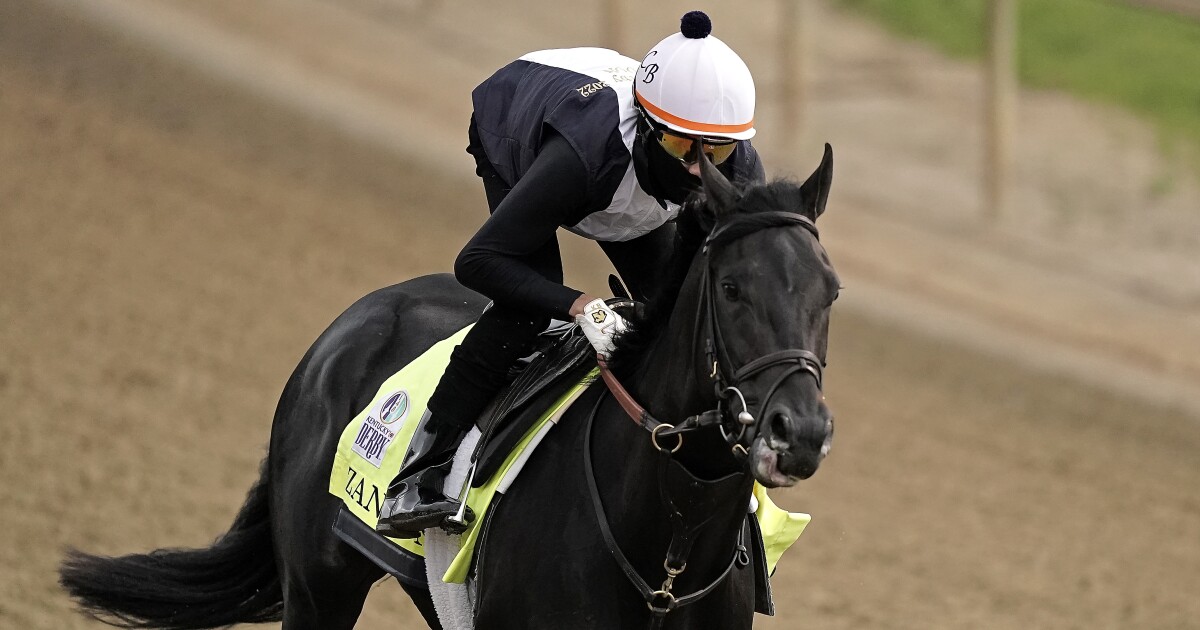 Kentucky Derby should be one of the most competitive in years

Trying to find a winner in this year’s 148th running of the Kentucky Derby is about as easy as getting through the week here without wet weather. The angles are as plentiful as the unrelenting optimism of the 14 trainers representing the 20 horses in the starting field.

There are the two horses moved from the Bob Baffert barn to trainer Tim Yakteen, one of whom will run the Derby in his third lifetime start. There’s all-time winning trainer Steve Asmussen trying to break an 0 of 23 streak with perhaps the favorite. There is noted turf trainer Chad Brown with another favorite trying to win his first Kentucky Derby.

And don’t forget veteran trainer Todd Pletcher with three horses and two wins in 59 previous starts. There is also Brad Cox, who won last year’s Derby by disqualification, with three horses hoping he actually gets to celebrate a win the same day the race was held.

“This is one of the deepest, most competitive Derbies in recent years,” said racing historian Jon White, who also makes the morning line at Santa Anita and Del Mar. “From a speed figure standpoint, this is a wide-open race. It’s a group with togetherness as far as their figures are concerned.

“In order, I’m picking it Taiba, Messier, Zandon, Epicenter. With these four you have the Santa Anita Derby one-two in Taiba and Messier, the Blue Grass winner in Zandon and the Louisiana Derby winner in Epicenter. But there are plenty of others with strong credentials to win, such as Florida Derby winner White Abarrio, Arkansas Derby winner Cyberknife, Wood Memorial winner Mo Dongegal and UAE Derby winner Crown Pride.”

That’s a lot of horses to sift through while trying to find the winner of the world’s most famous horse race, which goes off at 3:57 p.m. PDT on Saturday. The weather at race time is expected to be clear, but that follows a soaking late on Friday into the morning.

“It’s a competitive Derby, there are probably seven or eight horses that can win it,” said trainer Saffie Joseph Jr., who is making his second Derby start, this time with White Abarrio.

The morning-line favorite is Zandon at 3-1 for Brown, who is making his seventh Derby start. Former Southern California rider Flavien Prat has the mount.

“If you come to the Kentucky Derby and it’s the best work you’ve seen [from your horse] then you’ve got a smiling trainer,” Brown said. “But, if you look around, he’s not the only horse training super. There’s a lot of good horses. Any number of them can win.”

Epicenter was the surprise 7-2 morning line second choice. Having won four of his last five races most expected he would be made the favorite. But Asmussen, his Hall of Fame trainer, has had trouble getting his horses across the Derby finish line first.

“It’s well documented I’m 0 for 23 in the Derby and I’ve run some Hall of Fame horses into it,” Asmussen said. “Curlin and Gun Runner both ended up third and went on to be champion horses of the year. The difference with Epicenter this year is he’s going faster sooner than they did at this time. That in itself makes this year’s running of the Derby different.”

Epicenter is also coming out of the Louisiana Derby, which is becoming a new springboard to Kentucky Derby success. Last year, four of the top six finishers in the Derby came out of the Fair Grounds race. It’s is the earliest of the Kentucky Derby’s major preps and the race is a little bit longer than the others.

“The decision by track management to lengthen the distance of the Louisiana Derby as well as the preps leading up to it appears to have worked well,” said White. “Trainers seem to like having a horse go into the Kentucky Derby’s mile and a quarter with their horse having run 1 3/16 miles in the Louisiana Derby as opposed to the 1 1/8 miles of the other major preps.”

The biggest mystery in the race is two-time starter Taiba, the 3-year-old who was moved from the Baffert barn to Yakteen because Baffert was ineligible to gain Kentucky Derby qualifying points after a two-year ban by Churchill Downs. The move came after last year’s race-day winner, Medina Spirit, was found to have an overage of a legal anti-inflammatory in his system.

“Of course, a huge concern for Taiba is he might not have enough foundation or experience,” said White. “Asking Taiba to try and win the Kentucky Derby with only two races under his belt certainly is audacious. Just one horse has ever done it, Leonatus in 1883. That was so long ago that there were only 38 states in the union at that time.”

One thing Taiba has going for him is he will be ridden by the most experienced jockey in Kentucky Derby history. Mike Smith will be making his 28th trip in the race.

“His maturity for a horse that only ran once was amazing,” Smith said. “He’s got a brilliant mind to go along with his talent, which reminded me a lot of [Triple Crown winner] Justify. … Experience matters in everything in life. We just have to hope he jumps well, we drew well and hope I can map out a good clean trip for him. If I can do that, experience won’t matter so much.”

All of the questions will be answered on Saturday and it will be whittled down to just one horse who can still win the Triple Crown.

Denial of responsibility! TechiLive.in is an automatic aggregator around the global media. All the content are available free on Internet. We have just arranged it in one platform for educational purpose only. In each content, the hyperlink to the primary source is specified. All trademarks belong to their rightful owners, all materials to their authors. If you are the owner of the content and do not want us to publish your materials on our website, please contact us by email – [email protected]. The content will be deleted within 24 hours.
competitivederbyKentuckynews updatesports newssports updatetechi liveyears
Share

It’s-a May, not Mario, in this Super Mario 64 meets Guilty Gear mod