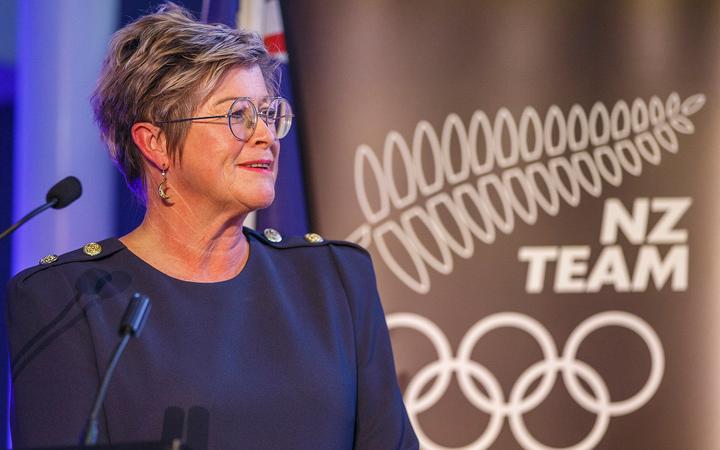 Under her watch the New Zealand Olympic Committee established the Integrity Committee and Te Urunga Tu (the Maori Advisory Committee) and strengthened the capability and responsibilities of the NZOC Athletes’ Commission.

“This role has been incredibly rewarding and I could not be more proud of what the New Zealand Olympic Committee has achieved during the last ten years. It is a job that brings many challenges, not least of those that have been faced by sport and the Olympic Movement in the last 18 months.

“I believe in the power of sport to transform and inspire communities. It has been a real joy to see our New Zealand Olympic and Commonwealth Teams lead the way in this regard, showcasing our nation’s character and capability both on the world stage, and here in Aotearoa. Likewise, I am proud of our standing in world sport.

“What’s more, the opportunities to network, lead and advocate on the global stage within the Olympic and Commonwealth sports movements have been incredibly special. I am committed to supporting the NZOC’s ambitions for sustained global impact and influence into the future, and will continue in leadership roles, and serving New Zealand’s interests.

“I extend my heartfelt thanks to the New Zealand Olympic Committee Board and staff as well as my colleagues in Sport NZ, HPSNZ and our National Sporting Organisations. Their contribution and collaboration to achieve on behalf of New Zealand’s Olympic and Commonwealth athletes has been invaluable to me both personally and professionally.”

New Zealand Olympic Committee President Mike Stanley said Smith is recognised for her leadership and advocacy skills and her passion for diversity, inclusion and fair play.

“Kereyn has been an outstanding leader for, and within, New Zealand sport. During a period in sport where athlete wellbeing has been in the spotlight more than ever, Kereyn has been consistent in her focus on athletes at the heart of our organisation. She has also worked hard for women’s leadership throughout the system and strengthened our commitment to a culture of Manaaki throughout the NZOC.”

“Under Kereyn’s leadership we have been able to strengthen the connection of athletes to the NZOC and with representation on the board, within Olympic Teams and on numerous working groups athletes truly contribute to decision-making at all levels.

“We have seen the NZOC Athletes’ Commission launch the sport-wide Athlete Leadership Network to empower, connect and educate athlete leaders and have seen the expansion of athlete wellbeing services to include non-carded athletes. We thank Kereyn for her contribution, passion and impact to athletes and sport. Fa’afetai lava.”

Kereyn leaves the NZOC following the incredibly successful Tokyo Olympic Campaign. The campaign saw New Zealand athletes return safely to New Zealand, bringing 20 Olympic Medals and an array of personal best and top eight finishes. She will support the transition to a new CEO, and is looking forward to pursing exciting leadership opportunities in the future.

Loading...
Denial of responsibility! TechiLive.in is an automatic aggregator around the global media. All the content are available free on Internet. We have just arranged it in one platform for educational purpose only. In each content, the hyperlink to the primary source is specified. All trademarks belong to their rightful owners, all materials to their authors. If you are the owner of the content and do not want us to publish your materials on our website, please contact us by email – [email protected]. The content will be deleted within 24 hours.
AudioCommitteeCurrent AffairsKereynNewsnews updateOlympicPodcasts
Share

Deadlines may be effective in building support for climate change action