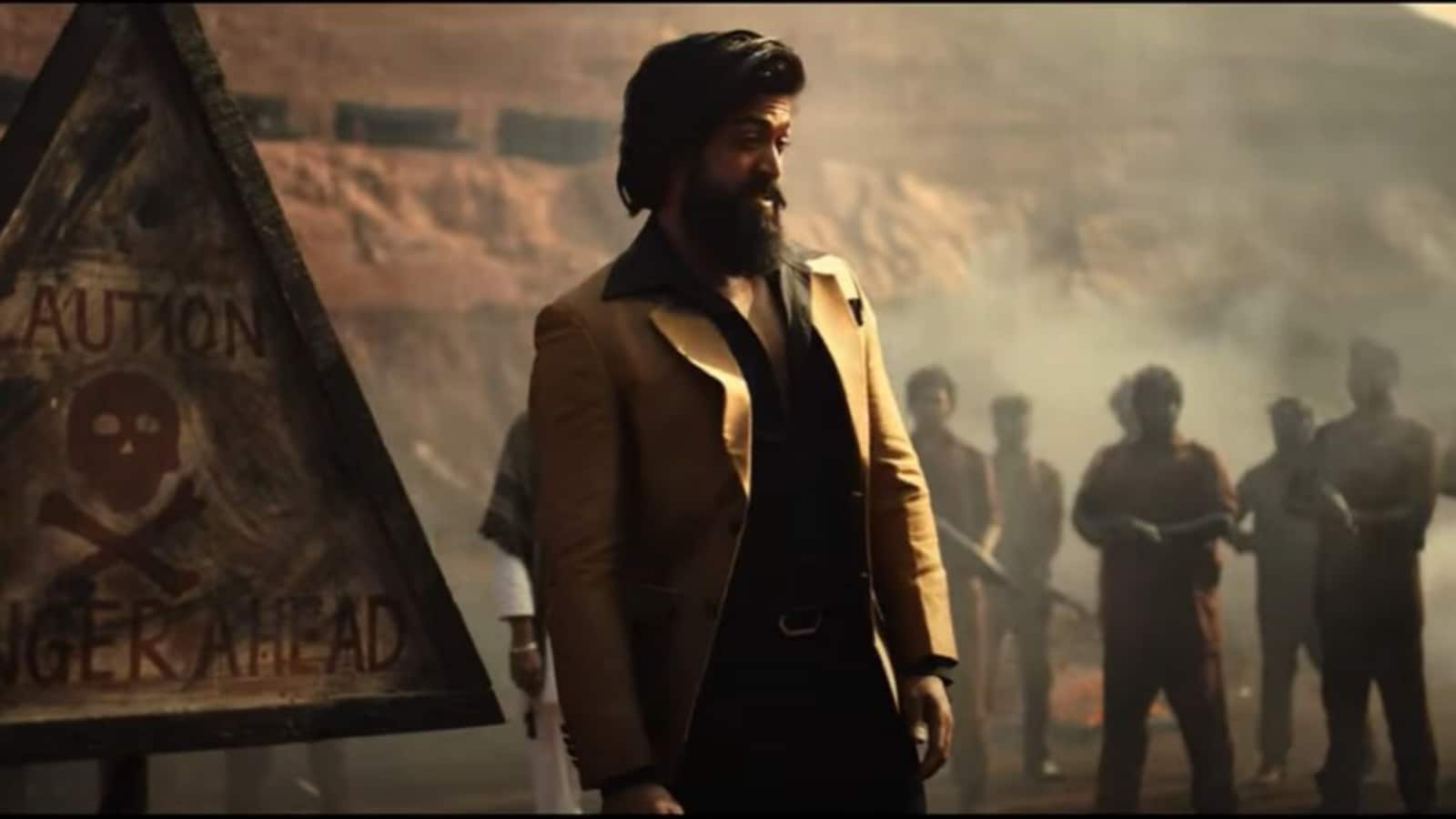 KGF Chapter 2 trailer: Yash and Sanjay Dutt face off in a ‘tale written in blood’

The trailer of KGF: Chapter 2 starring Yash was finally released on Sunday. The film, which is the second instalment to the 2018 Kannada film KGF: Chapter 1, is scheduled for release on April 14 after multiple delays. It will star Yash in the lead role of Rocky, and will also feature Srinidhi Shetty, Sanjay Dutt and Raveena Tandon. Also Read| K.G.F star Yash: People need entertainment in cinemas

The trailer was launched at an event attended by Yash, Sanjay Dutt, and Raveena Tandon in Bangalore. The launch event was hosted by Karan Johar. Yash shared the trailer on his Twitter account, with the caption, “The world is my territory!” The tweet included the links of the trailer in multiple languages- Kannada, Telugu, Tamil, and Malayalam.

The trailer shows Yash’s Rocky as a powerful businessman in the gold mining industry who gets involved in a feud with a politician played by Raveena Tandon. Sanjay Dutt arrives to the city as Rocky’s enemy Adheera.

The trailer starts with a voiceover, “Khoon se likhi hui kahaani hai, syaahi se nahi badhegi (The story of blood cannot be continued with a ink, but only in blood).” After the trailer was released, fans have been sharing a line said by Yash: “Violence, violence, violence, I don’t like it. I avoid. But, violence likes me. I can’t avoid.”

KGF 2 follows the events that occur after the death of the villain Garuda at the hands of Yash’s Rocky in the first part. Rocky, who is now helping the people struggling at the KGF, will have to face his biggest foe Adheera and learn more about his past.

The film has been written and directed by Prashanth Neel, and produced by Vijay Kiragandur under the Hombale Films banner. It is being presented in North-Indian markets by Ritesh Sidhwani and Farhan Akhtar’s Excel Entertainment and AA Films.

Denial of responsibility! TechiLive.in is an automatic aggregator around the global media. All the content are available free on Internet. We have just arranged it in one platform for educational purpose only. In each content, the hyperlink to the primary source is specified. All trademarks belong to their rightful owners, all materials to their authors. If you are the owner of the content and do not want us to publish your materials on our website, please contact us by email – [email protected]. The content will be deleted within 24 hours.
BloodchapterDuttentertainment newsEntertainment updatefaceKGFKGF 2
Share

‘Don’t be a table-hogger’: Debrett’s issues guide for working from a cafe

Presidential and Candescent Star show out

Galaxy A-series: Samsung’s big bet on 5G and smartphones for…

The Agricultural Adjuvants Market Size is Expected to…