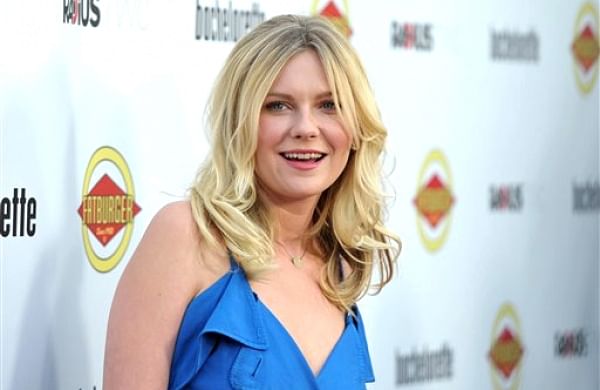 Kirsten Dunst on teaming up with ‘inspiration’ Jane Campion: Wanted to do my best possible work

NEW DELHI: Hollywood star Kirsten Dunst says she received a letter in her 20s from Jane Campion about “possibly working together” and when the celebrated director offered her a role in her latest film “The Power of The Dog” it was a dream come true moment.

The Western drama, for which Campion won the Silver Lion for best direction at the 78th Venice International Film Festival, is based on the 1967 novel of the same name by Thomas Savage.

Dunst said working with her “inspiration” Campion, also known for directing the acclaimed period drama “The Piano”, and creating a complicated character like that of Rose Gordon was an enriching experience.

“Jane wrote me a letter in my early 20s about possibly working together. So when that didn’t happen, I just kept that letter forever as it was from Jane Campion. So to me it wasn’t about the role. It was about working with her.”

“She’s someone who has been an inspiration for me as an actress and just her films and the performances in those films are so brave. I have always looked up to her as a filmmaker,” Dunst, 39, told PTI in a Zoom interview.

The actor was offered the upcoming Netflix movie on a FaceTime call with Campion, and she said it was difficult to hide her excitement from her family.

“She told me that she wanted me to be her Rose. She said those words to me and I remember getting off the phone with Jane and I just went into the house, my family was over, my mom was there and I just went screaming ‘I’m working with Jane Campion’.”

But the thrill, the actor said, was soon overshadowed by the desire to deliver a convincing performance and serve the 67-year-old filmmaker’s vision in the best way possible.

Dunst said she was aware that the experience of working with the Academy Award-winning writer-director was going to be a special one so she took it as her responsibility to not let Campion down.

“I wanted to do such a good job for her because I respect her so much. I just put all of my heart and soul in it. We were very honest with each other. I just wanted to do my best possible work that I could do for her and the role and to service her film,” she added.

“The Power of the Dog” features Benedict Cumberbatch and Jesse Plemons as Burbank Brothers, Phil and George, who own a ranch in Montana.

When George abruptly marries widowed Rose, who runs the nearby restaurant and rooming-house, Phil is outraged and targets her delicate-looking son Peter.

With George being frequently out for work, Rose succumbs to loneliness and becomes an alcoholic.

To prepare for the role, Dunst said, she went back to those times when she felt “gaslit or controlled”.

“I started off with some dream work. I used my dreams, and what happens in my unconscious mind relating to this role. It’s not so intellectual, but it became more like a therapy between me and this person or character.”

“It is about finding the times that I have felt gaslit or controlled, or insecure, and really magnifying those things and turning it into like my own psychological monster. I kind of had to create what that was, for me to put that into Rose and figure that out for myself, and put that into her,” she added.

Even though it was her dream to work with Campion, playing Rose was a “painful” process as Dunst, who has previously portrayed complex parts in films like “Melancholia” and “Midnight Special”, believes the character pushed her into an insecure domain.

“It was a very painful role to play, it wasn’t a fun role, I lived in a pretty insecure place, I hadn’t questioned myself as much as I did with this, like coming home or thinking about what I did during the day, on set. “

But to have her real-life partner Plemons, with whom she shares two children, around her all the time made things comforting, she said.

“To have Jesse there, who is my real life partner, was so comforting, because he knew exactly what I was going through. And he knew the set, he knew the director, he knew the other extra. So to have that support was really helpful and comforting.”

“The Power of the Dog” is slated to premiere on Netflix on December 1.

Denial of responsibility! TechiLive.in is an automatic aggregator around the global media. All the content are available free on Internet. We have just arranged it in one platform for educational purpose only. In each content, the hyperlink to the primary source is specified. All trademarks belong to their rightful owners, all materials to their authors. If you are the owner of the content and do not want us to publish your materials on our website, please contact us by email – [email protected]. The content will be deleted within 24 hours.
CampionDunstentertainment newsEntertainment updateInspirationJaneKirstenkirsten dunst
Share

How to cope when your cancer comes back