Notice: amp_is_available was called incorrectly. `amp_is_available()` (or `amp_is_request()`, formerly `is_amp_endpoint()`) was called too early and so it will not work properly. WordPress is currently doing the `pre_get_posts` hook. Calling this function before the `wp` action means it will not have access to `WP_Query` and the queried object to determine if it is an AMP response, thus neither the `amp_skip_post()` filter nor the AMP enabled toggle will be considered. It appears the theme with slug `publisher` is responsible; please contact the author. Please see Debugging in WordPress for more information. (This message was added in version 2.0.0.) in /home/runcloud/webapps/techilive/wp-includes/functions.php on line 5313
 Kiwi company for Ko in professional ranks - TechiLive.in 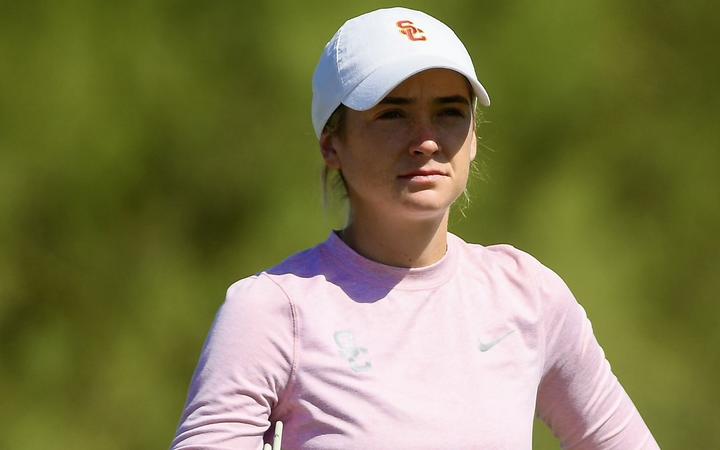 Rising New Zealand golfer Amelia Garvey has turned professional in time for the US Women’s Open to held at The Olympic Club next week.

Garvey had initially planned to enter the professional ranks at LPGA qualifying school in August, but changed her mind after talking to her coach Ryan Lumsden following her three-person playoff win at the US Women’s Open qualifying tournament in Los Angeles earlier this month.

The communications student finished her college career at the University of Southern California just a few days ago.

“It doesn’t feel real to be honest. To be able to call myself a professional is weird as it’s something I’ve been working towards for so long and now the day has finally come. I don’t think you could write the script any better,” Garvey said.

“I actually didn’t think about turning professional until I qualified for the US Women’s Open a few weeks ago. I spoke to my coach that night and he asked if that was something I had thought about.

“It worked out perfectly with my last college tournament being the NCAA Championship this week and not really having too much planned until LPGA Q-School.

“Yes, it is a fairly quick transition, but I think it’s too good of an opportunity to pass up and everything has fallen into place really nicely since I made the decision.”

Garvey has lofty goals as a professional.

“Fittingly I want to win a major. I was born in England and I’ve always wanted to win the British Open and now that golf is in the Olympics, I wouldn’t mind being an Olympian and win a gold medal as well. That’s what gets me out of bed in the morning.

“Those are my two ambitions, majors and medals.” 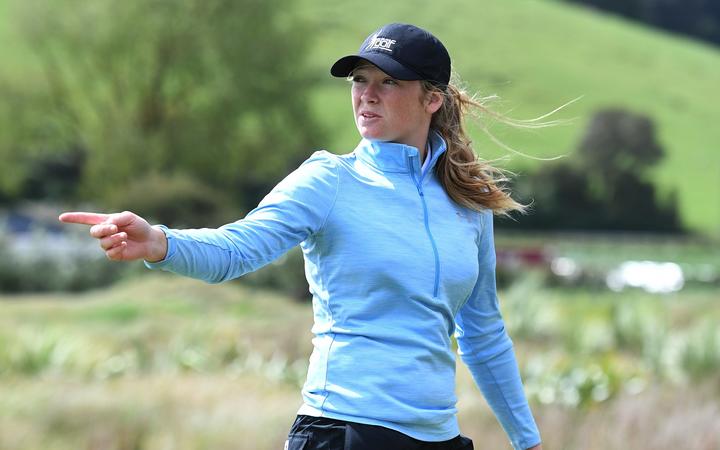 The US Women’s Open will be Garvey’s second major appearance.

She played in the tournament last year as an amateur and “learned a lot from that”.

“My goals are around my processes and how I stick to them.”

Reconnecting with fellow Kiwi Lydia Ko as well as major champions Hannah Green and Patty Tavatanakit is next on the agenda as she hopes of playing a practice round with them.

Garvey was a recipient of the Lydia Ko scholarship in 2018 and spent a week with Ko at Scottsdale National Golf Club.

She will also turn to her college teammate Gabriella Ruffels who transitioned to the professional game earlier this year for some words of wisdom.

“It’s nice to have some friends who have been through what I’m about to go through that I can reach out to. I want to get some knowledge on how they were feeling at the time and how they dealt with it,” Garvey says.

Following her week at The Olympic Club, Garvey will play four women’s All Pro Tour events and one Cactus Tour event in preparation for the LPGA Qualifying School stages that begin in August and culminate in December.

Denial of responsibility! TechiLive.in is an automatic aggregator around the global media. All the content are available free on Internet. We have just arranged it in one platform for educational purpose only. In each content, the hyperlink to the primary source is specified. All trademarks belong to their rightful owners, all materials to their authors. If you are the owner of the content and do not want us to publish your materials on our website, please contact us by email – admin@techilive.in. The content will be deleted within 24 hours.
Loading...
AudiocompanyCurrent AffairsKiwiNewsnews updatePodcastsprofessional
0
Share