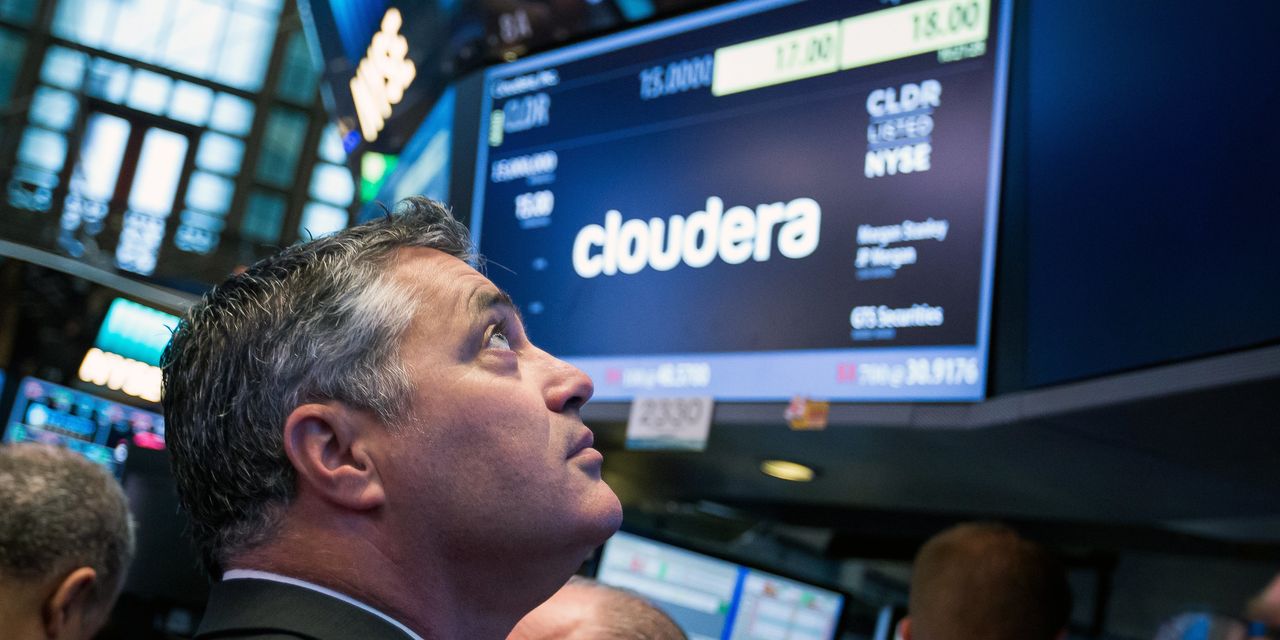 for roughly $5.3 billion in a deal that would take the software company private.

The pair on Tuesday said they would pay $16 a share for the data-cloud company, representing a roughly 24% premium to where the shares closed Friday.

The Wall Street Journal reported Monday that the firms were close to a deal.

Founded in 2008 by a group of engineers from

and Yahoo Inc., Cloudera was an early player in the open-source software framework Hadoop, which enables large amounts of data to be processed quickly. But it struggled to shift to the now-dominant public cloud, where it faces steep competition from much larger firms including

Cloudera’s shares have had a rocky run since their public-market debut in 2017. They are trading below their initial public offering price and are down roughly 8% this year.

Still, recent results have shown improvement in the company’s business. Cloudera in March reported revenue of $869 million for its fiscal year ended Jan. 31, an increase of 9%, and an operating margin of 17% compared with a negative one a year earlier. On Tuesday, it said its first-quarter revenue rose 7% from a year ago.

owns roughly 18% of the company and in 2019 received two board seats as part of a settlement. The company also tapped

as chief executive to succeed

who stepped down. Mr. Bearden was already a Cloudera director and is co-founder of Hortonworks Inc., an open-source company Cloudera bought in 2019.

The company said Mr. Icahn agreed to vote his shares in favor of the private-equity deal. The agreement also included a so-called go-shop period, which allows Cloudera to seek higher offers from other buyers for 30 days.

Private-equity firms including KKR and CD&R have been snapping up software companies, attracted by their predictable and growing cash flows. Last summer, KKR sold Epicor Software Corp. to a group led by CD&R for about $4.7 billion including debt.

Denial of responsibility! TechiLive.in is an automatic aggregator around the global media. All the content are available free on Internet. We have just arranged it in one platform for educational purpose only. In each content, the hyperlink to the primary source is specified. All trademarks belong to their rightful owners, all materials to their authors. If you are the owner of the content and do not want us to publish your materials on our website, please contact us by email – [email protected]. The content will be deleted within 24 hours.
Loading...
acquisitionsAcquisitions/MergersAcquisitions/Mergers/ShareholdingsAlphabetAlternative InvestmentsAmazonamazon.comAMZN
0
Share